Yevgeny Pozhidaev: In anticipation of a strike: the possibilities of Syria and the power potential of Russia 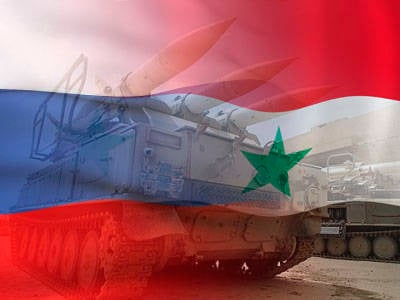 The belligerent moods of the West vis-à-vis Syria have clearly declined. However, the threat of impact - albeit limited in scale - remains. What can oppose the potential force action Damascus? Apparently, very little. Attempts to attack American ships on the high seas are likely to end in nothing. The Syrian fleet is ephemeral - its largest combat unit is a patrol ship with a displacement of about 1 thousand tons, and the main striking force is 8 of the Moskit 205 missile boats with old anti-ship missiles P-15, blinking in the 1960's wars and upgraded in 1972


A more serious threat is land anti-ship missile systems. 4 "Redoubts" (the beginning of flight tests in 1963-m), and 6-12 P-15 hardly now represent a real force. However, Syria has two divisions of modern anti-ship missiles "Yakhont" (ammunition - 72 missiles). The maximum range of their flight - to 300 km. However, the Syrians, obviously, will have to launch them along a low-altitude trajectory, otherwise the missile’s chances of breaking through the air defense system are small. In this case, the maximum range will be only 120 km. As a result, the Americans will potentially be able to attack targets throughout Syria far away from the range of its anti-ship missiles.

In other words, prevent a missile attack or aviation Damascus is not able to. What can he oppose to them? The state of the Syrian Air Force does not give reason for optimism. Since the late 80s, Syrian aviators have hardly received any new weapons. As a result, the once quite formidable Syrian Air Force is apparently much less numerous than is commonly believed. Syrian fighter aircraft are 19 Mig-29 (The Military Balance data of 2010, modernized in the late 90s - the beginning of the “zero”, 11 Mig-25 interceptors, 60-100 Mig-23 different modifications, up to 150 Mig- 21. Problems with spare parts led to the fact that the average annual air raid by the beginning of the conflict did not exceed 30 hours, for comparison, the Iraqi Air Force in 1991 totaled 41 Mig-29, 33 Mig-25, 123 Mig-23, 208 Mig-21 , 75 Mirage F.1., And had extensive combat experience gained during the war with Iran.In general, not only the United States, but also Israel and Turkey possess the overwhelming superiority over the Syrian air force.

Let's look at the Syrian air defense. By 2010, the country’s early warning system for an air attack of the country consisted of 22 ground-based radars of archaic Soviet designs (P-12, P-14F, P-15). Later, 6 of them were replaced by modern Chinese Type 120 radar (4 radar) and JYL-1 (2 units). At the same time, the low efficiency of standard (not over-the-horizon) radars with respect to targets flying at low altitudes has been repeatedly and clearly confirmed by experience. Thus, the early warning system that existed at the beginning of the conflict could have detected 60-meters and less “Tomahawk” flying at an altitude of only two minutes before the impact, even if the target was the radar itself. The technical condition of the radar is also quite doubtful - it is believed that up to half of the Syrian radars require repair, 20-30% are sky-ready. There was never a solid radar field at low altitudes over Syria, where the situation was aggravated by a mountainous terrain, even before the conflict began. After two years of fighting, during which the rebels at the peak of success controlled more than half of the territory, the situation, of course, has become even worse.

The “firepower” of Syrian air defense looks impressive in theory. For example, Syria has X-NUMX Dvina and C-300M Volga, 75 Cube, 75 C-200 Neva and C-140M Pechora, 125 Osa, 125 C-60. However, first, the number of actually deployed, and obviously combat-ready systems is less, and often by an order of magnitude. De facto from this list, Syria is able to withstand with assault X-NUMX C-44, X-NUMX-C-200, 37-C-75-C, 39 C-KS, as well as 125 batteries (5-units) C-200-A-CRA, as well as 50 batteries (14-units) and A-C "Osa". For comparison - Iraq in 56 had 1991 C-300 and C-75, 125 SAM "Cube", 114 "Wasp". Secondly, these complexes are mostly catastrophically obsolete. For example, C-80 and C-75, which were in Iraq’s arsenal, were suppressed by noise interference with an 125-10 W / MHz intensity, while the density of interference not created by the newest electronic warfare facilities of the United States reaches 25 kW / MHz. In other words, outdated Soviet-made air defense systems in an attack by the United States or Israel are absolutely useless - as has been shown by the recent example of Libya.

The number of modern anti-aircraft complexes in Syria is extremely limited. These are 28 ZRK "Buk-М1-2" and "Buk-М2E", 36 "Armor-С1", and, probably, 6 С-300. Let's look at this arsenal more closely. “Buk-М1” during the “Five-Day War” created a lot of problems for Russian aviation, but this was caused only by the neglect of electronic warfare at the initial stage. The interference immunity of the complex is very low in practice: “the same Mi-8cm-n-pg (EW helicopter) suppresses the“ Buk-М1 ”so that it cannot work at all”.

As for Pantsir-С1, the opinion of experts about it is also far from enthusiastic. "The real results of firing tests showed a low capability of the complex to fire at targets maneuvering and flying with a course parameter more than 2-3 km; the possibility of firing at targets flying at speeds over 400 m / s was not confirmed, although in the complex performance characteristics the speed is equal to 1000 m / s; the maximum firing range of 20 km is provided for air targets flying at a speed of no more than 80 m / s (at the E-95 target), since the available overload missiles at this range do not exceed 5 units. " The "Tomahawk" speed, by comparison, is 245 m / s.

The advertised C-300 in practice is also not a super-weapon - so, the notorious "high noise immunity" of the complex is in reality quite apocryphal. In other words, Syria’s ability to withstand an air attack is extremely limited.

The "ground" capabilities of the Syrian army, at least in theory, are much more serious. The country has a vast, albeit rather archaic, arsenal. So, the Syrian army is armed with 4750-4950 tanks, including 1500-1700 relatively modern T-72s (in the arsenal of Iraq in front of the Desert Storm consisted of about 1100 such vehicles), five hundred self-propelled guns and about one and a half thousand towed guns. In general, the Syrian land army is relatively equivalent to the Turkish, which, obviously, hinders the activity of Ankara. However, due to Turkey’s gigantic air superiority, Syria has virtually no chance of a clash with its northern neighbor.

Syria’s missile arsenal is quite significant - by the beginning of the crisis, the country had 48 units of Scud missiles with more than 250 missiles with a range of up to 700 km. However, the accuracy of this weapons, and especially its North Korean clone with an increased range, is low (circular probable deviation to 2 km), which makes it difficult to use against "compact" military facilities. Missiles "Point" (about 200 units with 18 launchers) can already be used to strike air bases, etc., but their range is only 70 km. In general, an effective missile attack on military targets in the case of Syria is practically realizable only in the event of a collision with a "compact" Israel.

In other words, it is obvious that Syria will “miss” a limited strike; At the same time, in order to overthrow the legitimate government, a full-fledged and rather costly intervention will be needed, comparable in scale to the “Desert Storm”. Actually, this is a very transparent way determines the current actions of the US administration.

What could be the role of Russia in the case of the implementation of the force scenario? In general, the actual capabilities of the Russian Federation for the "projection of power" in the Eastern Mediterranean are quite limited. The domestic fleet in its current version is radically inferior to the American - in some respects by orders of magnitude. Intervention in the conflict forces fleet outside the confrontation with the United States, it is also difficult: the Russian Navy has very limited capabilities for strikes in the “fleet against the coast” mode - for example, the only Russian aircraft carrier, in fact, is in a “half-ready” state. Any ambitious landing operation is also unrealistic. Syria’s arms supplies are necessary, but it’s impossible to reanimate the Syrian air defense and air force in a short time — this will take at least several years. Unfortunately, Moscow is not able to do more for Damascus than it already does for purely technical reasons. So far, the Russian Federation does not have the force potential sufficient for active actions outside the post-Soviet space.