August 28 2013
9
In the integrated structure, it was possible to realize the full cycle of creating weapons and military equipment - from the formation of an idea to the sale of finished products


At MAKS-2013, their developments were presented by OAO NPO High-Precision Complexes. The weekly "Military Industrial Complex" publishes an interview with Alexander Denisov, the head of the holding, which unites the leading enterprises for the manufacture of anti-aircraft missile and rocket-artillery, including high-precision weapons for the Armed Forces of Russia and foreign customers, as well as small arms, sport and hunting weapons, training facilities.

MIC: Alexander Vladimirovich, what type of weapons and military equipment does the holding develop and produce? What niche does he occupy in the Russian defense industry? 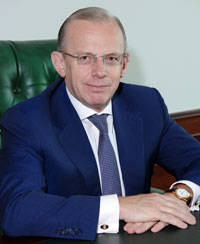 - OAO NPO Vysokotochny Komplektsy is an organization of the military-industrial complex specializing in the field of high-precision weapons systems and complexes of a tactical combat zone, which implements the full cycle of creating weapons and military equipment from the formation of an idea to the sale of finished products.

The mission of our integrated structure is the creation of effective complexes of high-precision tactical weapons, surpassing the best world samples, based on innovations and technological modernization of the holding's enterprises.

The main objectives of the association:

Ctrl Enter
Noticed oshЫbku Highlight text and press. Ctrl + Enter
We are
For victory and OlympicsList of destroyed the largest and most high-tech enterprises
9 comments
Information
Dear reader, to leave comments on the publication, you must to register.