26 2013 June
28
In the United States, as part of the JAGM project (Joint Air-to-Ground Missile), a new anti-tank guided missile (ATGM) is being created. This rocket will be designed to defeat all types of stationary and mobile targets of a potential enemy regardless of weather conditions. It is assumed that this missile will completely replace the existing Hellfire and Tou AGM-114 anti-tank guided missiles, as well as the Maverick AGM-65 general-purpose guided missiles. The program provides for the creation of one version of an ATGM that can be equipped with a multifunctional warhead. The carriers of the new ATGM will be airplanes, helicopters and drone drums.


It is expected that the new 3rd generation JAGM ATGM will be adopted aviation US Army in 2016,
missile firing range will be up to 16 kilometers. It is assumed that in the aircraft version of the maximum range of use of the rocket will increase to 28 kilometers. The new anti-tank missile will be equipped with a guidance system that is similar to that installed on Brimstone missiles. The rocket will receive a multimode homing head (GOS), which detects and recognizes targets using the built-in algorithm. JAGM missile will be equipped with either a tandem (armor penetration to 1200 mm), or high-explosive fragmentation warhead. This example once again demonstrates the active work on the creation of long-range ATGM systems in the United States and the developed countries of the world as a whole.

Earlier, Boeing and Raytheon announced the end of the 1-series of 3-x US Department of Defense-sponsored test launches of the prototype new air-launched JAGM anti-aircraft missile test at the White Sands range (New Mexico). -land". In the course of the tests, the JAGM ATGM, using a laser target guidance system, was able to successfully hit a target of 8X8 feet (2,5X2,5 m) size, located at a distance of 16 km. 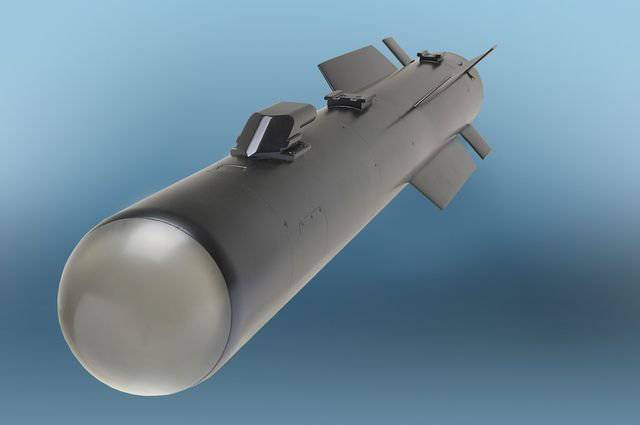 The US Ground Forces signed a contract with the consortium of Boeing and Raytheon companies for the amount of 125 million dollars to build a long-range JAGM anti-tank missile system in October 2008. According to the requirements of the agreement, the consortium must, within 27 months, design, manufacture and conduct test launches of 3's ATGM prototypes equipped with integrated three-mode homing heads. At the same time, Raytheon is the main contractor for this project.

The main element of the new JAGM ATGM is a multi-mode high-precision seeker that combines the capabilities of laser, radar and infrared targeting. The new JAGM guided missile will be compatible with all existing modern aircraft launchers. The conducted test launch summed up the first stage of fire tests of the new weapons. The first 2 launch of JAGM ATGM was carried out in April 2010. During the tests, all the 3 missile guidance systems on the target worked simultaneously and ensured the stable transmission of telemetry data, which are necessary for further improvement of this weapon system.

Combined GOS is a fundamentally new development. It will consist of infrared hsn (passive mode of operation), semi-active laser homing head (to destroy single targets with minimal side effect) and active radar hsn (active mode of operation, will be used in bad meteorological conditions, as well as in dust and smoke conditions battlefield). In addition, it provides for the possibility of correcting the guidance and flight of an ATGM based on information from other sources. 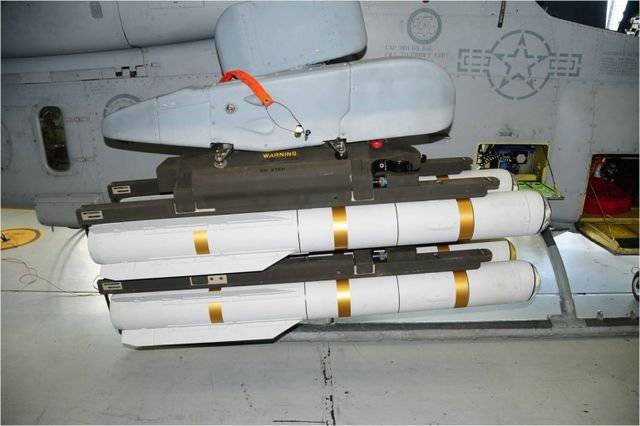 The ATGM created by the JAGM project is planned to be equipped with modern multi-functional warheads - cumulative, penetrating and high-explosive fragmentation. With the help of a cumulative warhead, a guided missile can guaranteed to hit most armored targets, and with the help of a penetrating and high-explosive warhead, buildings, bunkers, ships and other well-fortified enemy targets. Penetrating warheads penetrate the SD inside the target object, and high-explosive warhead - will explode inside it. The firing range of this version of the rocket can be up to 45 kilometers. Proceed to the small-scale release of the new UR JAGM in the USA is counting on 2015, and adopting a missile into service - on 2016.

According to preliminary information, the UR JAGM has a length of 175, see and weight in 47 kg. The rocket will have an increased range, a greater destructive ability, and an improved guidance system in comparison with the analogues on the market. New guided missiles are supposed to equip combat aircraft, helicopters and UAVs of various types, which are currently in service or being developed for the ground forces, air force, navy, as well as the US Marine Corps. In particular, the JAGM ATGM will be equipped with attack helicopters AH-64 Apache and AH-1 Cobra, as well as multi-purpose helicopters UH-60 Black Hawk, reconnaissance ARH. In addition, this weapon is guaranteed to receive carrier-based fighters F / A-18A / E and drones Predator. According to preliminary information, only at the initial stage, the ground forces, naval forces, air force and marine corps are going to purchase about 35 thousands of UR JAGM, and the total number of missiles acquired can reach 100 thousands. The total cost of this ambitious program is about 7 billion dollars. Tactical fighter 5 of the F-35 generation is also considered as a potential carrier of the new rocket.

21 August 2012, Lockheed Martin received a contract worth $ 64 million to continue developing technology as part of the JAGM (Air-to-Ground Missile) JAGM (Air-to-Ground Missile) all-arms missile development program for the benefit of the US Army . According to Lockheed Martin, the continuation of the technology development program designed for 27 months includes the design, subsequent testing and demonstration phases of the guidance module of the new guided missile. The hull compartment, fairing and homing are part of the SD guidance compartment. At the same time, the JAGM UR targeting compartment is a further development of modern high-precision weapons of the battlefield like the Longbow, Hellfire, and Javelin missiles, but at the same time it possesses higher TTX. 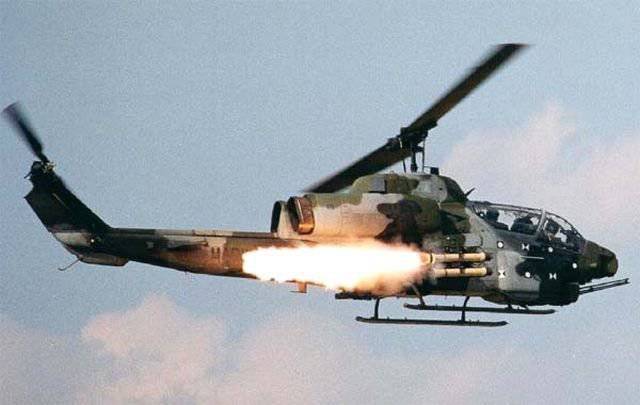 To date, Lockheed Martin has successfully created, tested and deployed serial production of SD with 2-type hf, including the Hellfire missile, which has high-precision semi-active laser hc and Longbow missile, equipped with all-weather HMS of millimeter range, ensuring the use of missiles on the principle of "shot and forget." According to military experts, the design of the JAGM ATGM guidance system can provide the ground forces with the necessary operational flexibility, high combat effectiveness and survivability even if they have only one cheap, improved SD.

It is worth noting that in the coming 2 decades, ATGM will continue to remain the most affordable and effective means of conducting combat against all types of armored combat vehicles. An analysis of the state of their development demonstrates that in the forecasted period of time in leading foreign countries all ATGMs of the first and second generations will be phased out and only the SD belonging to the third generation will remain in service.