Gradually to the fifth generation 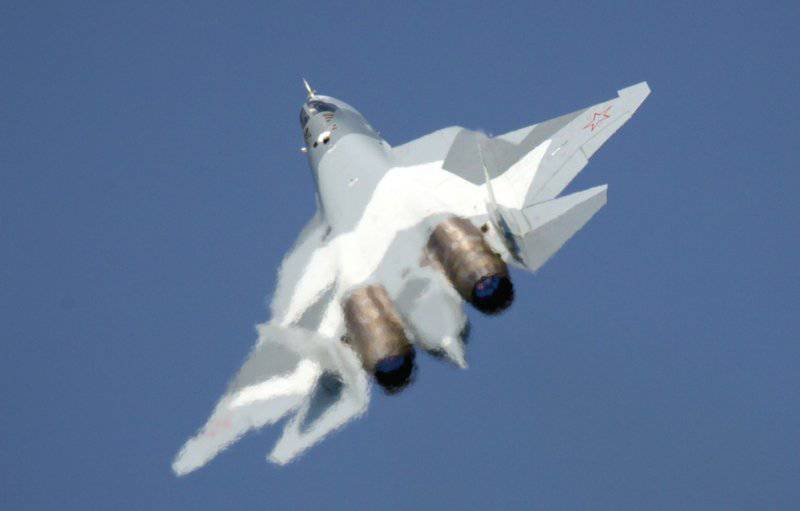 The first production models of the fifth generation fighter T-50 (PAK FA) will be equipped with the so-called engine of the first stage, which has already been created, said General Director of the United Aircraft Building Corporation Mikhail Pogosyan. The experts told about the advantages of the second stage engine, the development of which is in full swing.

“The engine for the fifth generation fighter was created; it is called the“ first stage engine ”. Now we have started the technical project of the second stage engine, which will be installed on the second stage PAK FA aircraft, ”said Poghosyan at the exhibition in Le Bourget.

Currently, tests of the T-50 airframe are carried out on six machines in Kubinka near Moscow, equipped with engines of the first stage belonging to the 4 ++ generation.

On the eve, Deputy Director General of Rostec State Corporation Vladimir Artyakov said that Salyut, Saturn and the Lyulka Scientific-Technical Center completed the second stage of creating the second-stage engine for the fifth-generation fighter. 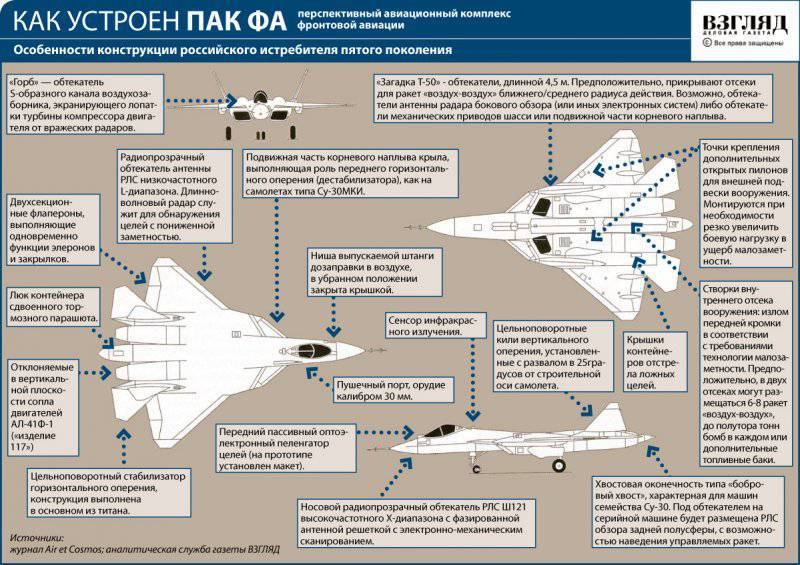 “We have reached the stage of a draft technical project. This is the engine of the second stage for the fifth generation fighter, ”said Artyakov. He noted that all works are on schedule. “We have very good prospects,” the deputy director added.

The general director of Oboronprom Dmitry Lelikov said at a press conference at the air show at Le Bourget that “given the work done in the framework of the technical and conceptual design, the prospects are quite good.”

“We will proceed to the next stage according to the schedule of works. At the moment, we are completely satisfied with the state of work, ”the press service of the state corporation Russian Technologies quotes Lelikov as saying.

“It always happened that the development of any aviation type is proceeding in stages, step by step,” Colonel Vladimir Anokhin, vice-president of the Academy of Geopolitical Problems, told the VIEW newspaper. “A plane is being created, and it is based on the power and capabilities of some engine, and in the process of development of this type it acquires a new engine with new properties, and already some other ideology of the aircraft is formed under this engine.”

«aviation specialists prepare a glider, equipment, and they rely on some kind of power plant. If it already exists, then they can work on the plane itself. And if in the future there is a new engine, they are talking about it with certainty, which means that there is already an airplane glider and the tactical and technical data incorporated into it. This is normal logic, ”he said.

“The engine of the second stage should be provided by the cruising supersonic flight regime,” Igor Korotchenko, editor-in-chief of the National Defense magazine, told the VIEW newspaper. - This is the main thing. There is a fundamentally new requirement not only for its characteristics, but also for the parameters of the materials used. These are completely new things. The development of a full-scale engine of the second stage will take considerable time. It’s good that the basic design principles are already ready, but there will be a big stage of work ahead related to the engine output to the design characteristics, and, most importantly, ensuring the required resource by operating hours. This is quite a challenge. ”

As for the engine of the first stage, Korotchenko noted that there was an evolution of the existing AL-31 "by improving its individual characteristics and outputs to certain design solutions for individual elements." “The Air Force, as pragmatists, understood that, in terms of equipping it with a T-50 engine, there should be a phased approach, due to the fact that it will not be possible to reach the full-scale fifth-generation engine right away. There is a complex development of all elements: weapon in the variant of the intra-body suspension, the fifth-generation radar with an active phased antenna array, testing the airframe itself from the point of view of layout, aerodynamics and the implementation of all requirements for the fifth-generation fighter, ”he added. 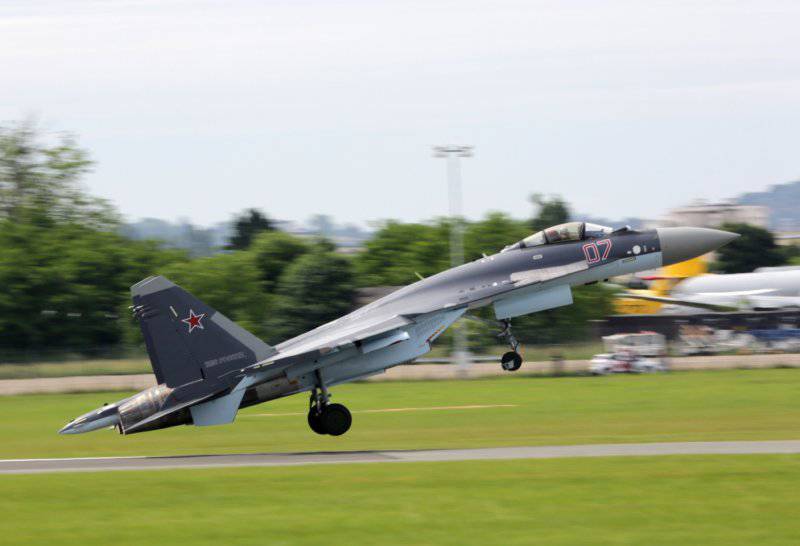 T-50 (project PAK FA) - the aircraft of the fifth generation, equipped with a fundamentally new complex of avionics and advanced radar with a phased antenna array. The first flight took place on 29 on January 2010 of the year in Komsomolsk-on-Amur, the first public demonstration of the fighter on 17 on August 2011 of the year at the MAKS-2011 international aerospace show in Zhukovsky near Moscow. Rostechnologies note that the fighter is invisible to enemy radar, develops speed over 2500 km / h and has artificial intelligence. The aircraft is able to perform complex operations that were previously impossible with the intervention of the pilot.

Most of the characteristics of the fighter kept secret, but the designers claim that many of the parameters of the PAK FA exceed the American fifth-generation aircraft Raptor F-22. The speed of the Russian aircraft is more on 500 km / h, the weight of the structure is less, the flight duration is longer, in addition, the T-50 is more maneuverable than the American equivalent.

During the secret tests, the T-50 made more than 500 sorties. The developers claim that the first stage of testing was successful. Plane plan to launch in mass production in 2015 year.

According to the newspaper VIEW, in February, the general designer of the Design Bureau. Lyulki (Moscow branch of NPO Saturn) Evgeny Marchukov said that the work on the creation of the second stage engine for the T-50 will be completed by 2017 year. As for the engine of the first stage, according to the general designer, it was created “in accordance with the schedule”. Its parameters correspond to the technical task.

Note that in 2011, the engine installed on the PAK FA caused a flight accident. On the last day of the MAKS-2011 air show in the Zhukovsky T-50 near Moscow, for technical reasons, it stopped the demonstration take-off from the airfield.

During the takeoff, there were deviations in the operation of the right engine automation, an unusually powerful emission of flame from the engine occurred. Test pilot Sergey Bogdan at a speed of about 100 kilometers per hour decided to stop taking off. After that, the car began to brake and stopped, firing a braking parachute.

An external examination did not reveal any damage to the aircraft and the engine. The media reported that the incident was associated with a loss of control over the supply of fuel to the engine.

Ctrl Enter
Noticed oshЫbku Highlight text and press. Ctrl + Enter
We are
Corporation and CompetenceAviation industry: one step away from the abyss
65 comments
Information
Dear reader, to leave comments on the publication, you must to register.