8 May 2013
316
Once again, Syria has been subjected to a blatant act of aggression by the Israeli air force. At this time, the scale of the Israeli air strikes were much larger than in winter. After the air raid, which occurred on Thursday night and the goal of which were the Iranian missiles Fateh-110, allegedly destined to Hezbollah, followed by a series of air strikes, the logic of which can not be explained by Israel’s antiterrorist position.


In addition to the CERS research center near Damascus, dozens of targets were subjected to rocket fire. Total about 43. Strangely enough, they included the headquarters of the 4 division of the Syrian army, the barracks of the 104 and 105 brigades of the Republican Guard, as well as SCUD-type underground ballistic bunkers, military stores of artillery and other ammunition. 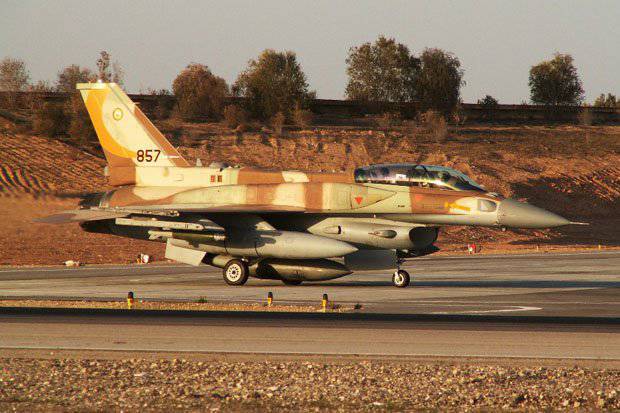 The blows either to the warehouses or to the column with the Fateh-110 missiles can be explained by the unwillingness of the Israeli leadership to see weapon at his Lebanese enemy. These missiles are very perfect and have a range of up to 300 km, despite the fact that they are perhaps the most accurate of the Iranian rocket fleet nomenclature. Their accuracy allows you to strike even individual structures. Perhaps it was this fact that alerted the Israelis. Therefore, it is likely that Syria did not even think of transferring these missiles to the Lebanese group, but planned to use them independently to deter from external aggression, including Israel.

The attacks on the research CERS can also be explained by the reluctance of the Syrian neighbor to have such a weighty deterrent factor as a new chemical and biological weapon under its nose. But even here there are many oddities, because Syria already has a large number of warfare agents and means of delivering it to the enemy’s territory. Even more strange looks the Israeli Air Force strikes the barracks of the Syrian army. Even the excuse that Iranian military advisers were stationed at the base of the 104 Brigade in Wadi Bard could not give a clear reason for what happened. It is the 4-division of Brother Assad and the Syrian Republican Guard that are the main opponents of the "rebels". 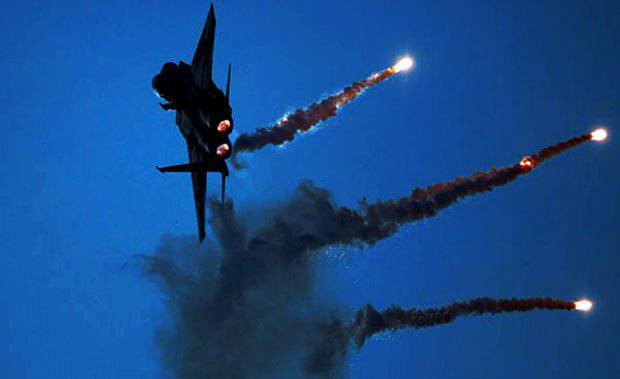 It is known that during Israeli air strikes, terrorists called "rebels" tried to break into Damascus. The militants launched an attack on the checkpoints of the Syrian army in the metropolitan area of ​​Mezze. This is not the first such coincidence of Israeli actions. aviation and supposedly hostile to Israel militants of the SSA and radical terrorist groups. In January of this year, the Israeli attack on CERS surprisingly coincided with an attempt by terrorists to seize this facility. Visible here is the attack on warehouses with artillery weapons and ballistic missiles, which for decades have been armed with Syria. Apparently, therefore, the opinion appeared that Israel was trying to show the "rebels" that they had not been abandoned, and also to help them capture the impregnable capital, and even that such massive strikes were connected with direct preparation for the invasion of the West, including and Israel on the side of the "rebels." 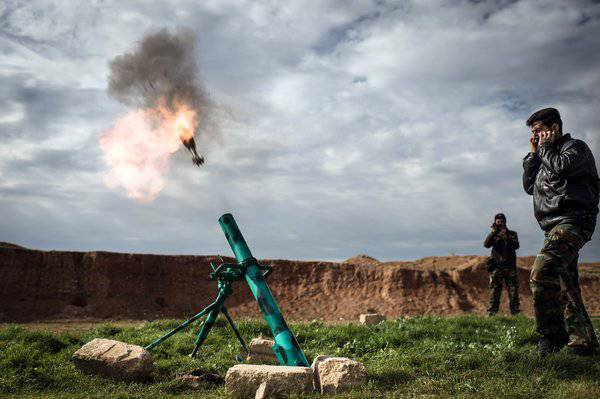 According to various sources, from 4 to 300 people died. In the attacks took part to 18 aircraft. If, after a single strike, the likelihood that Syria will respond with rocket volleys was very small, then after such an aggression, the government of the SAR was forced to show its unwillingness to tolerate this. This is confirmed by the deployment of PU ballistic missiles aimed at Israel, and an order to attack immediately if Israel tries to repeat such attacks.

Often there are questions about the inaction of air defense, including and Russian. Most of the Syrian air defense is represented by obsolete samples, which are screwed up in the West. Even despite the modernization, they can only counteract external threats in large numbers. Yes, there are many similar complexes near Damascus, and, in total, almost the densest air defense force is concentrated in the entire Middle East. However, as it became known, strikes were delivered from Lebanese airspace. The range of the Syrian air defense systems allows you to destroy targets outside the Syrian airspace, including and over part of the territory of Lebanon, however, the range of Israeli air-to-ground missiles makes it possible not to enter the danger zone. In addition, the pilots of the Israeli Air Force have mastered the escape from fire at ultra-low altitudes with a very effective electronic suppression of outdated enemy air defense systems. Of course, even with all this, in order to fly directly over Damascus, fire suppression of anti-aircraft defense will still be required. Against this background, eyewitness accounts that they directly saw Israeli planes look very strange. 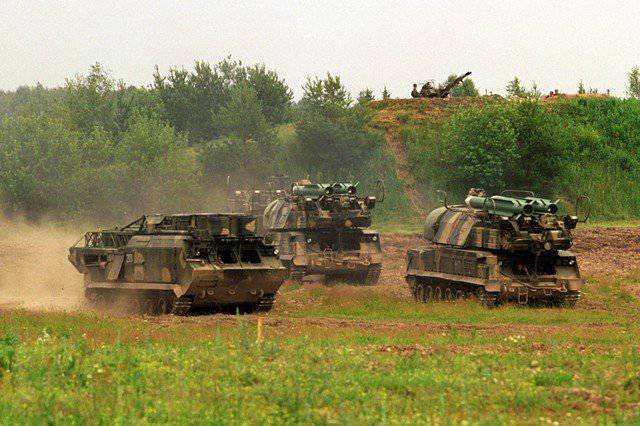 There are not many Russian complexes in Syria and not all of them are deployed. Russia could greatly help with the latest modifications of C-300 (PMU-1, PMU-2) and Thor M2E, which could cover the most important objects and intercept missiles fired from Lebanese airspace. For the protection of the same CERS, apparently, the Osa short-range air defense system was used earlier, which was able to protect the object from missile strikes, while other complexes concentrated around Damascus (C-75, C-125, Cube, C -200), are not able to destroy targets with such a small EPR at large distances. To do this, they must be located in close proximity to the target. That is why one of the videos shows exactly the burnt “Wasp”.

However, Damascus is so far limited only to loud threats to unleash a war with Israel. It is unlikely that a missile response will follow this time. The Israeli authorities have not yet commented on the actions of their air force. It is clear that Syria will not endure more like this and, in the event of repeated aggression, it will have to respond with a series of rocket attacks on Israeli military targets, although it does not want to do that. Indeed, this time Israel began to openly support the Syrian militants and prepare the ground for a safer joint land invasion together with NATO and LAS, destroying Syria’s ground and rocket forces directly. Realizing the hopelessness of the “revolutionaries” position, the West will clearly not leave Syria alone and, most likely, will take more aggressive steps, including intervention under several pretexts, most likely even at the same time as a full-scale invasion of Iran. Israel is not the first time demonstrating a frankly anti-Assad stance during the “civil war”.

From the very beginning of the show called “The Arab Spring” it was clear that the West had terrorists — enemies and terrorists — revolutionaries. Unfortunately, some people still tend to harbor illusions of "Israeli neutrality." Artillery shelling and tanks the Syrian army’s position in the Golan in response to mortar shells by terrorist groups, the supply of weapons to the SSA and its allies - all this is evidence of Israel’s support for the “Syrian opposition”. 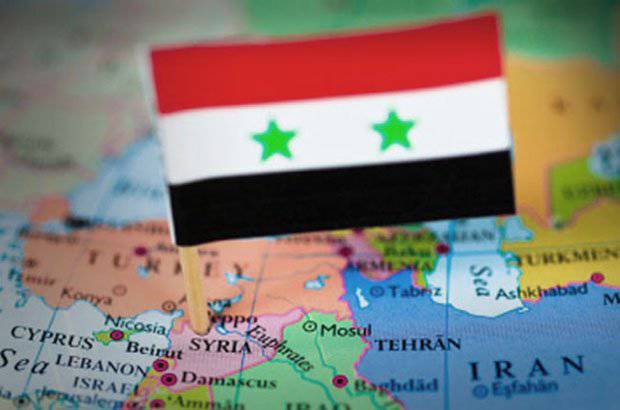 Already on 6 in May, it became known that in the Persian Gulf region, full-scale exercises of 41 countries began, including and the US Navy, which will run until 30 May. They will work out the tactics of unblocking the Strait of Hormuz and escorting merchant ships and oil tankers. 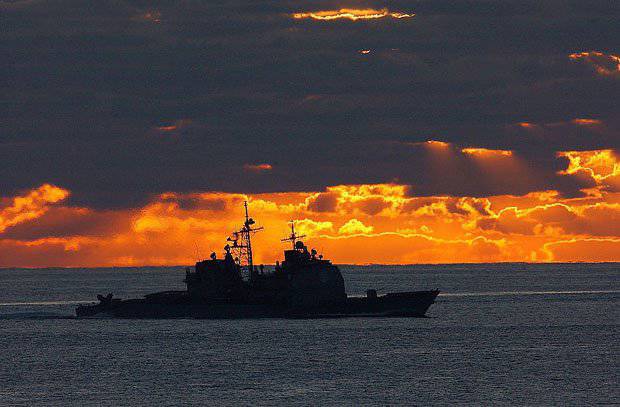 The desire of the rulers to kill at once “two birds with one stone” and finally redistribute the spheres of influence in the Middle East to their own advantage turned out to be much stronger than the interests of ordinary citizens in Western countries who do not want to continue to pay for killing hundreds of thousands of people from their own pockets.