Special Operations Forces in Russia are ready for use 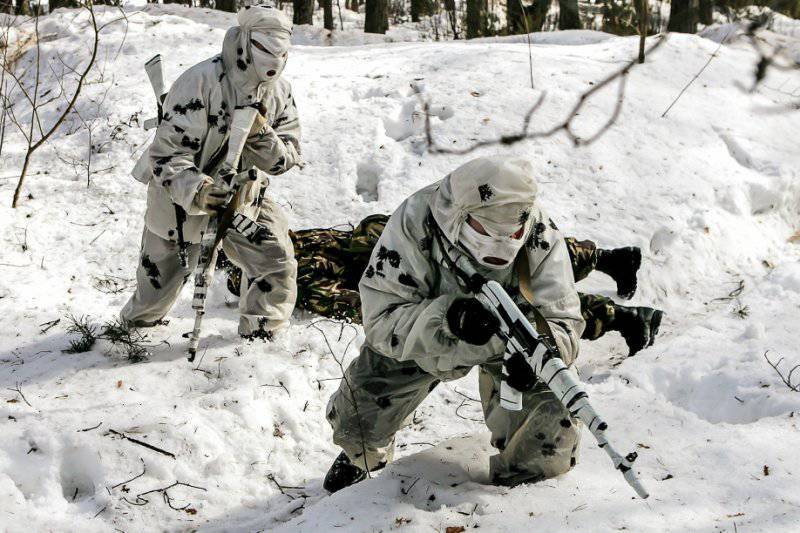 The Russian Armed Forces have formed Special Operations Forces, as well as preparing for their use. This was stated by V. Gerasimov, Army General, Chief of the General Staff of the Armed Forces. He also noted that the use of the MTR is planned not only in the country, but also abroad. And the process of combat training of the formation is constantly monitored.

According to Gerasimov, the Command of the Special Operations Forces was previously created, the scope of activity of which includes planned work and the implementation of measures regarding the army training plan. In addition, a special package of documents was developed, according to which the direction of development, the scope of use and ways of preparing these forces are determined.

Recall that the draft of the creation of this governing body was submitted to the military department in October last year, but Anatoly Serdyukov, who at that time held the post of Minister of Defense, considered the creation of an MTR impractical. However, over time, the situation has changed. And herself news about the creation of the MTR Command has become one of the most important military-political news in Russia. Many experts immediately called it strategic.

In this context, it is necessary to recall that in America such command has existed for more than a quarter of a century. Americans have long understood the obvious - the activities of special forces and intelligence units have now moved from the category of secondary to a completely autonomous way of conducting combat operations. The fact is that the war in its classic version assumed the existence of special forces as a preventive method of the initial stage of war, often even when military actions are far from the beginning. The enemy rear was supposed to be saturated with special forces, which was transferred to the enemy’s territory by air or water, or by other available means and methods. Then, these special units began a large-scale sabotage war, disabling strategic facilities, in particular, the centers and nodes of control of nuclear forces, strategic forces, headquarters. It was very important that the special forces have time to perform the functions assigned to them several days before the start of active hostilities, because the enemy, instead of attacking, will be forced to bring order to his own rear, putting in order important objects and communications. According to this principle, the special operations forces of most countries of the world created.

Special operations forces existed in the Soviet Union. Then they included eleven special purpose brigades. As a rule, they were land and designed for the deep rear of the enemy. In addition, there was a naval special forces, which operated in the coastal zones, as well as sabotage the military facilities and naval bases.

Soon it came to the realization that the capabilities of the special forces are much more than is commonly believed. Unfortunately, the first to come to similar conclusions were the Americans, who fought a huge number of local armed conflicts.

In small wars that have a strict local scope, in particular, conflicts in Yugoslavia, Iraq or Libya, special forces, in fact, are the main forces, forward detachments that could act completely autonomously and quickly. Thus, at present, the special forces are, in fact, a new, completely independent way of conducting combat operations. The very notion of what intelligence is and how it should be conducted has changed, and since the MTRs are related to it, they have changed. And if earlier intelligence was an integral part of combat support, at the moment it is a form of combat.

It is also important to understand that at the present time practically no state conducts reconnaissance in the customary understanding of this concept. Today, the time has come for network-centric military conflicts, the essence of which is to ensure that each unit that intends to clash with the enemy, initially makes his reconnaissance, and immediately after the detection, it inflicts an operational strike, using for that purpose all available facilities.

The entire combat zone is completely covered by a reconnaissance network, which includes all its types, including radar, acoustic, radio engineering, and visual. In this network, each unit is able to find the information that it needs, then process it in detail and strike at the enemy, destroying it. In the event that the unit does not have enough forces and means, a strike is delivered aviation, artillery or any other means of destruction. It is with the use of such tactics that the forces of special operations are one of the main elements of warfare. Often, units not only start a war, but also end it, that is, not only kill the enemy at their disposal weapons or improvised means, but also use special subversive units that are part of the forces of special operations, and which conduct subversive activities on the territory of the enemy.

In addition to units of this kind, special operations forces also include units specializing in ideological war, propaganda war, or even in such an unusual form as the war in the banking sector.

Unfortunately, in terms of creating such a force, Russia lagged behind the same America and Great Britain. At the same time, it is necessary not to forget that one of the best special forces in the world existed in the country - the GRU special forces. However, it was used inappropriately, that is, in small groups in local wars, in particular, in the North Caucasus. And finally, it was understood that it was necessary to create an MTR command, bringing together scattered special forces into a single powerful structure that is able to act under any circumstances.

As mentioned above, at the time when the post of minister of war was held by A. Serdyukov, an attempt was made to create a command and even special operations forces were created. However, all this was very far from the seriousness and understanding of the ultimate goal. All units of special purpose were concentrated in the center, which is known to specialists under the name "Senezh". Here there was a command, which was supposed to assume the functions of command of the SSO. However, it was immediately obvious that such a decision was a failure, because several hundred, even if very well-trained, fighters could not fully protect the interests of Russia.

Therefore, at the present time it is already a question of bringing together all the special purpose units into a single whole, creating a common command, then creating training and training centers in which new methods and methods of warfare will be worked out. It is clear that the command must deal not only with the material support of special forces, but also develop new weapons and equipment. In addition, for the SSO Command it is necessary to create our own aviation and other transport units to transport special forces to any corner of the world. Only in this case, we can say that the Russian government will receive a new weapon, unique in its essence and effectiveness, with which it will be able to solve a large number of issues and problems that were previously simply inaccessible ...