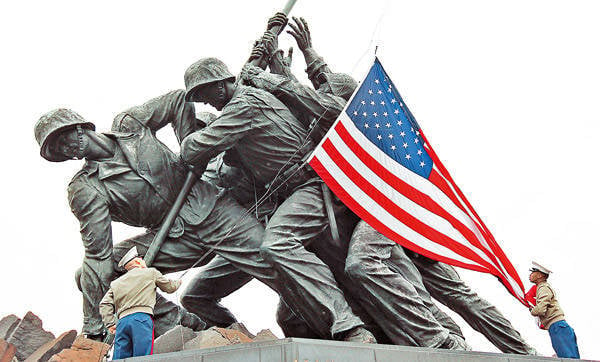 The role of symbols and myths in stories


Recently, in national history in general and in military history, in particular, it has become fashionable to dethrone the symbols and myths concerning both individuals and historical events. Especially goes to the Soviet period, which is considered possible to completely degenerate, starting with the sailor Zheleznyak and ending with the weld over who hoisted the Victory banner over the Reichstag.

In this regard, it would be worthwhile to learn from other peoples who treat their history with great respect. None of the British questioned the historical fact that in the battle of Hastings 14 in October 1066, the Norman knights led by William could win only after the end of the day the arrow fell into the eye of the Saxon King Harold, after which the Saxons faltered and were crushed. The Chinese with great respect and love treat their semi-mythical character Zhuge Liang, who went down in history as a skilled military leader and a cunning politician. It is generally admired (to say the least) the attitude of the French towards Napoleon, whose actions are evaluated very ambiguously. Americans cherish their relatively short history, carefully collecting and preserving the smallest historical facts. One of such half-myth facts relating to the storming of the island of Iwo Jima in February – March of the 1945 will be discussed.

Before World War II, Iwo Jima Island was a small Japanese island in the Pacific Ocean, having a little more than 6 km in length and about 3 km in width. There was no population on the island except for the Japanese military garrison. However, by the beginning of 1945, the Japanese had turned it into a fortress, which was defended by the garrison in 21 by thousands of soldiers, hiding in a wide network of underground tunnels. Three strategic airfields were built on the island.

The American command understood that the capture of Iwo Jima would be an important step to ensure victory over Japan. In addition, the capture of the island deprived the Japanese of an air base and provided more favorable conditions for the actions of the American aviation. American generals did not only know that Iwo Jima would have to pay a very high price.

The Japanese command adhered to a strategy of stubborn defense, according to which the soldiers had to fanatically fight to the end in order to give their lives so dearly that the Americans would request peace and abandon the idea of ​​landing in Japan. The commander of the Japanese garrison, General Tadamichi Kuribayashi, ordered not to open fire until the very last moment, so as not to reveal his firing points.

Since 8 December 1944, Iwo Jima has been continuously bombarded and fired, including using the new weapons - napalm. On the morning of February 19, 1945, 450 ships of the American 5th fleet concentrated near the island, and the landing of the 30th landing began. The first to land were 8 thousand marines from the 4th and 5th divisions of the marine corps. Following them came landing barges with tanks, artillery and bulldozers. After lengthy bombing and shelling, everything was in smoke and clubs of volcanic ash. The Marines began to advance, but the Japanese defense was silent. And only when they reached the foot of Mount Suribachi, which dominated the island, the Japanese brought down all the power of their fire on them. The landing area on the shore instantly turned into hell. At the same time, tanks, cars and bulldozers buried in soft sand and could not move, representing excellent targets for the defenders. The surviving American soldiers tried to hide behind the wrecked and stuck in the sand equipment and the bodies of their dead comrades. The wounded tried to get out again to the water to see how two hospital ships exploded right before their eyes. Many did not wait for the evacuation and died under fire. In total, according to American data, about 2,4 thousand people who participated in the landing were killed that day.

Nevertheless, the marines heroically continued to move forward and entrenched on the lower slopes of Mount Suribachi. The American ships continued to land the landing forces, fighting off the continuous attacks of the Japanese kamikazes, who managed to sink the Bismarck Sea aircraft carrier escort and seriously damage the Saratoga aircraft carrier. By February 23 morning, the marines reached the summit of Suribachi, and in 10.20 the platoon commander, Lieutenant Harold Schreier, and several others from his platoon hoisted the American flag on top, using a piece of steel water pipe as a flagpole. This had a tremendous inspiring effect on American soldiers and sailors. Schreier and his platoon again went into battle.

Persistent and bloody fighting on the island continued until the end of March. At the same time, the Americans could not use heavy equipment and had to move forward, clearing their way with machine-gun fire, grenades and flamethrowers. We had to move blindly, constantly waiting for a hail of bullets and grenades from the Japanese, who were sheltering in crevices, caves and tunnels, invisible behind bushes and tall grass. The losses were huge. The names of those places where the most stubborn battles took place - the Bloody Gorge, the height of the Meat Grinder, speak for themselves. The last five times passed from hand to hand, before the Americans could gain a foothold on it.

The Japanese fought with the despair of the doomed. There is a case when 800 Japanese soldiers went into an almost suicidal attack on machine guns and one and all died. General Kuribayashi himself died on March 26 at the head of the same suicidal and hopeless attack of the remnants of his garrison. After that, the fighting on Iwo Jima almost ceased, but the centers of resistance remained, and only two months later the Americans managed to establish full control over the island.

According to the American data, in the battles for Iwo Jima, the Americans lost almost 7 thousand marines and about 900 sailors killed. Of the 21-thousandth of the Japanese garrison, only 1083 people survived and were captured.

WHAT AMERICANS ARE Proud Of

As for the American flag hoisted on the top of Mount Suribachi, the following story is connected with it. The hoisting of the flag itself could not be photographed, as platoon photographer Sergeant Louis Lowry broke his camera. After the mountain was cleared from the Japanese, the staff photographer of the Associated Press Agency, Joe Rosenthal, urgently arrived, bringing with him another flag - a larger one. He was well aware of the importance and the need for the feat of American soldiers to be captured on film, and persuaded the marines to "play" the flag hoisting scene anew. After several takes, the picture turned out and instantly became a classic. President Roosevelt ordered the six Marines who set the flag to be delivered to Washington, not knowing that three of them had already died in battle.

This photo, for which Joe Rosenthal, the son of immigrants from Russia, received the Pulitzer Prize, became an icon of American patriotism, it was printed on stamps, she painted pictures and sculpted monuments, the most famous of which is at the Arlington War Memorial Cemetery. And nobody cares that the photo is a kind of "remake" of the feat and that not the six soldiers who actually hoisted the flag, but four marines who agreed to pose for history are depicted on it. Because the main thing is not this, but that each people needs its own monuments, symbols and even myths so that it can respect its ancestors and be proud of its history.

Ctrl Enter
Noticed a mistake Highlight text and press. Ctrl + Enter
We are
The mystery of the tapestry from Bayeux and the Battle of Hastings (Part of 2)War of extermination: the conquest of the Saxons
42 comments
Information
Dear reader, to leave comments on the publication, you must to register.