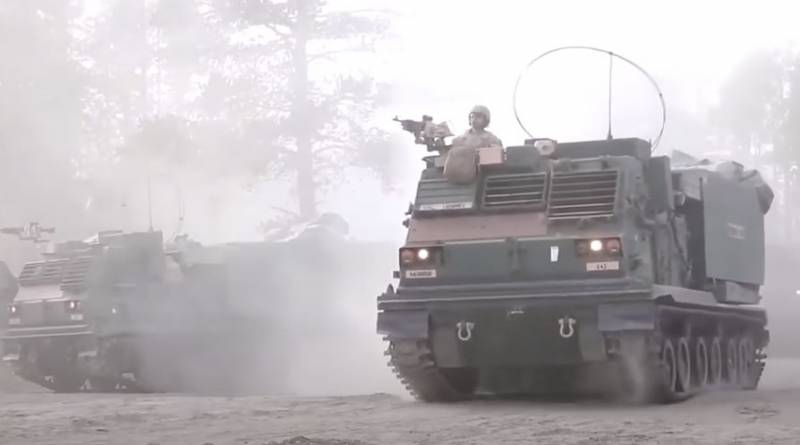 The Russian Ministry of Defense has published a new report on the special military operation of the Russian army. For the second day in a row, the statements of the official representative of the military department Igor Konashenkov on the use of high-precision weapons for strikes on the rear areas of the Ukrainian grouping and the destruction of Western-made rocket launchers. To the two MLRS MLRS and one HIMARS destroyed yesterday in Krivoy Rog and on the territory of the DPR, today the Russian military added seven more destroyed MLRS of American and German production.


According to the report, in the Zaporozhye region, in the area of ​​​​the settlements of Shevchenkovskoye and Grigorovskoye, the Russian Aerospace Forces covered and destroyed five MLRS and MARS II MLRS launchers with high-precision weapons, and in the area of ​​\uXNUMXb\uXNUMXbthe settlement of Ilyichevka, DPR, two HIMARS MLRS were destroyed at once. Other details are not given.

Also, the Russian Aerospace Forces launched a strike with high-precision missiles at the point of temporary deployment of foreign mercenaries in the area of ​​the settlement. Borovskoe Kharkov region. As a result, more than 90 Polish fighters were killed. In the Pechenegy region of the same Kharkiv region, a launcher of the Tochka-U tactical missile system was destroyed, and another AN / TPQ-50 counter-battery radar station was liquidated in the DPR. In the area of ​​N. p. Yakovlevka in the Artemovsky direction, a Ukrainian Mi-8 helicopter was shot down.

Now for the main areas. According to the Ministry of Defense in Krasno-Limansky, our troops continue to carry out offensive operations, having destroyed more than 60 Ukrainian servicemen, three infantry fighting vehicles and two vehicles in a day. On Kupyansky with assault and army strikes aviation, as well as more than 70 air defense vehicles, two infantry fighting vehicles and three vehicles were destroyed by artillery fire.

On the Donetsk Armed Forces, attempts are made to counterattack in the direction of Disputed and Berestovoye, but to no avail. Losses - more than 50 military personnel, three armored combat vehicles and two pickup trucks. In the Yuzhno-Donetsk direction, the enemy made attempts to attack in the direction of Nikolskoye, but having lost more than 30 military personnel, an infantry fighting vehicle, an armored personnel carrier and two vehicles, retreated to their original positions.