“Be sure to bang, but later”: prospects for nuclear escalation in Ukraine 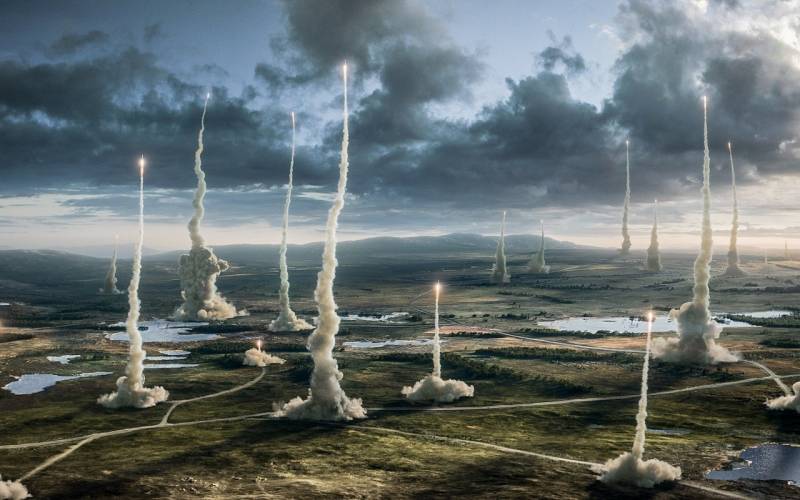 Plausible, but not inevitable

US rhetoric regarding the possibility of nuclear conflict is becoming increasingly tense. One of the spokesmen was the RAND Corporation, a non-profit organization that serves as a strategic think tank for the US government and the Pentagon. Some of the firm's projects are classified, but a simple review of the official website speaks of the broad specialization of RAND. The portfolio includes projects on energy, ecology, education, health, and even on ethnic oppression.

Ukraine has long been in the focus of analysts, but from a rather peculiar point of view. More precisely - under the typical Western. RAND diligently ignores the war crimes of the Kyiv regime, while deliberately denigrating the Russian special operation. For example, in the analytics of the office there is not a word about the terror of the population of Donbass - about regular shelling of cities, about anti-personnel mines from the sky, and so on. In any other scenario, the opinion of American analysts must be treated with a certain degree of skepticism, but some reports require attention. Especially related to the nuclear threat to humanity.

At the end of July, a study was published on ways to further escalate the conflict in Ukraine, where special attention is paid to Russia's response. The West will not directly intervene in the conflict - this has already become an axiom, but the establishment is seriously afraid of a preemptive strike on real "decision-making centers". What will be the red line for the Kremlin? The supply of long-range missiles for HIMARS or the concentration of NATO strike force on the borders? Or will it be enough to continue pumping the Kyiv regime with Western weapons under the current scheme? Such difficult questions were asked by RAND desk analysts. 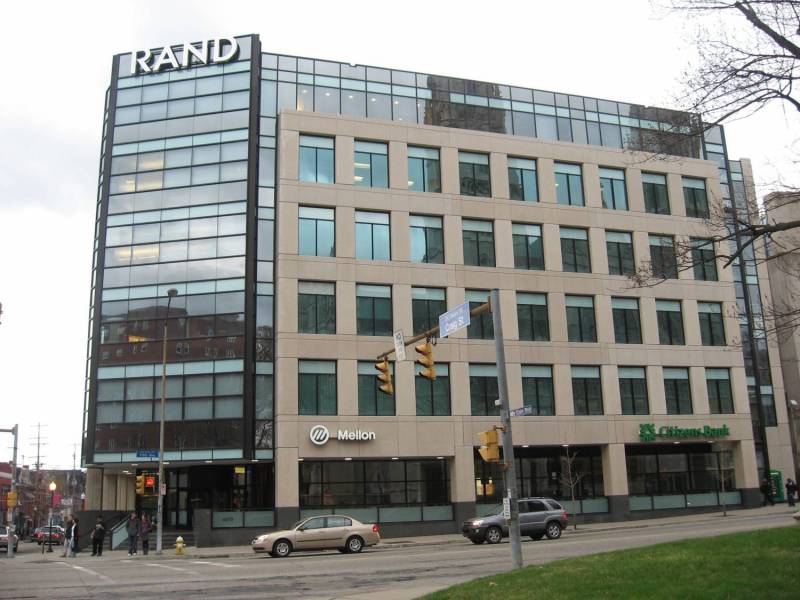 Source: paranormal-news.ru
The most pessimistic scenario, according to American researchers, will be the preservation of the existing status quo, which already involves a Russian strike on NATO infrastructure. That is, the Kremlin is ready at any moment to bring down the entire potential of the Strategic Missile Forces in response to existing sanctions and Western assistance to Ukraine, if the latter are not lifted. RAND sees this as a Russian retaliation, with the initial strike being "non-kinetic," according to the report.

That is, the information structure of NATO countries and sympathizers will become the first objects of attack. From myself, we can add that Russia may well initiate nuclear tests in the classical sense of the term. For example, somewhere in neutral waters. This, of course, will reduce the effect of surprise, but should sober up the overly presumptuous hotheads of the Pentagon.

To implement nuclear escalation scenario No. 2, NATO forces need to convince the Russian military-political leadership of the inevitability of a strike on the army on the territory of Ukraine. RAND explains very interestingly why the Kremlin will resort to nuclear weapons in this case. The rhetoric is as simple as five kopecks - Russia is running out of cruise missiles, so there is simply nothing to hit NATO headquarters with conventional weapons.

Only ballistic missiles remain, or, at worst, Iskanders with nuclear-powered Zircons. The only thing left for the Europeans and the Americans to figure out is how to convince the Kremlin that direct attacks on Russian troops in Ukraine are out of the question. RAND proposes to stop rocking the public opinion of the West regarding the "atrocities" of the special operation - a stream of lies can provoke a request for third countries to intervene in the conflict.

The most frenzied part of the collective West has already exhausted the diplomatic and economic levers of influence on Russia, so the temptation of a military scenario may arise. According to the authors of the report, the Kremlin is very closely monitoring public pressure on the "decision centers" and, as soon as the line is crossed, warheads will fly towards NATO. Or, in a mild version, Russia will organize a massive cyber attack on the enemy’s military communications, coupled with the destruction of the satellite constellation.

The constant increase in the NATO military contingent on the western borders of Russia can also provoke the use of non-strategic nuclear weapons. The alliance says that these are completely defensive steps, but the Kremlin rightly regards them as an aggressive build-up of the offensive potential. Does NATO HQ know where the red line is in this situation? I really want to believe that they know.

The third option for the escalation of violence, which does not exclude the preventive use of nuclear weapons, could be the continued military assistance of the West. In this regard, strikes on logistics centers in Europe are considered unlikely by RAND, but supply routes in Ukraine could fall under crushing blows. Everyone remembers the words of the Supreme Commander-in-Chief that "Russia has not really started anything in Ukraine yet."

Western medium-range and long-range air defenses, as well as long-range missile systems, can provoke a reaction from the Kremlin. It is this escalation scenario that is now very beneficial for Zelensky. First, beg the West for the most dangerous weapon, fall under the preemptive strikes of the Russian army, and then complain to the whole world about another round of bitterness in the hope of even more import aid.

American analysts are very afraid of Russia's strategic defeat in Ukraine - according to researchers, as soon as the army begins to roll back to the east, a series of attacks on "decision-making centers" will follow. Interestingly, RAND does not rule out a sabotage war in the rear of NATO - warehouses with weapons and ammunition destined for Ukraine may fly into the air.

Scenario No. 4 of the coming apocalypse, according to American analysts, includes Russia's internal problems. Indeed, this is a theater of the absurd, if anti-government protests in Moscow can become the reason for the destruction of Washington and New York. RAND, of course, is a respected office in certain circles, but often their millions are worked out there in bad faith. However, analysts by this fact indirectly confirm that the Western elites support the overthrow of the Russian leadership. We can recall Biden's words at the beginning of the special operation about the "need to overthrow" Putin. The old man, of course, later denied such plans, but these words were certainly heard in the Kremlin. And now RAND advises the leaders of countries to talk less. Very fair and timely, I must say.

The first is to publicly and constantly tell the Kremlin about the impossibility of open NATO intervention in the course of the special operation.

The second is to show in every possible way that the West is building up an exclusively defensive potential on Russian borders. Americans should think about the advisability of deploying strike assets aviation и fleetcapable of a disarming strike on the military-political leadership of Russia.

The third is to disperse the channels of military assistance to Ukraine so as not to create a temptation for the Russian military to interrupt the flow of weapons with two or three strikes.

Fourth, stop talking about the need to change Russia's leadership. This also applies to the political leaders of the West, and the media. Bite your tongues, gentlemen, to put it simply. Military analysts also warn of a so-called “creeping escalation,” when the West’s artificial prolongation of the Ukrainian crisis entails the Kremlin’s gradual confidence in the inevitability of a war with NATO. And if you have to fight one way or another, then why not strike first.

RAND's analytics are certainly worth taking note of - this is an important puzzle in the picture of understanding the Western perspective. It is worth finishing the material with a recent statement by our Supreme Commander-in-Chief, which resonates with the conclusions of Western analysts. On August 1, at the opening of the X Conference to review the operation of the Treaty on the Non-Proliferation of Nuclear Weapons, President Vladimir Putin mentioned in his message that

"There can be no winners in a nuclear war, and it must never be unleashed, and [the Russian leadership] stands for equal and indivisible security for all members of the world community."