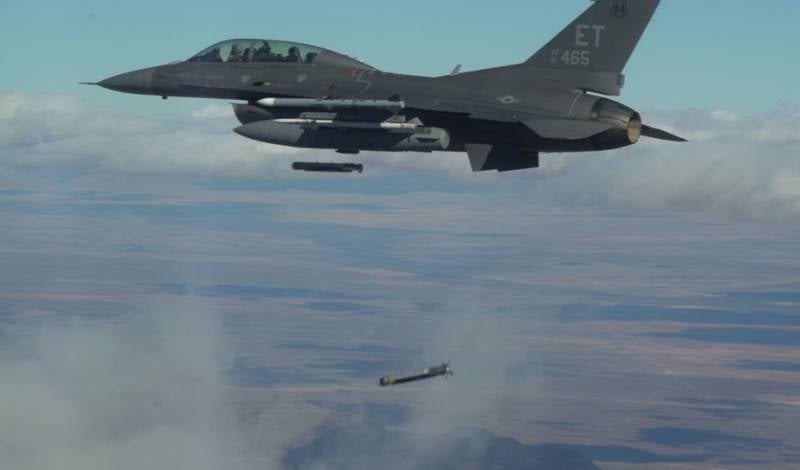 The American program Golden Horde entered the next stage of testing, the US Air Force carried out a reset aviation bombs GBU-39 / B SDB with a new control system.


If at the second stage of testing, which took place in February of this year, four GBU-39 / B SDB bombs, launched from one fighter, in flight distributed targets among themselves and corrected their flight, after which they hit them simultaneously, but at the third stage they were dropped from two planes.

During the tests, six GBU-39 / B SDB bombs were launched from two fighters. In flight, they exchanged data and assigned targets taking into account the given parameters, but already in the air they received a new task from the ground station. Taking into account the new data, the bombs independently distributed new targets among themselves and successfully hit them.

The Golden Horde project provides for the creation of a combat control system capable of combining various aircraft weapons to exchange data and make certain decisions. Previously, such a system was developed as part of the Gray Wolf program, but in 2020 it was replaced by the new Golden Horde project. In turn, the Golden Horde program is part of Vanguard's large-scale project to create a "thinking" weaponsable to operate with minimal human involvement.