Its Tempest or the American F-35: NI on the tough choice of fighters facing the UK 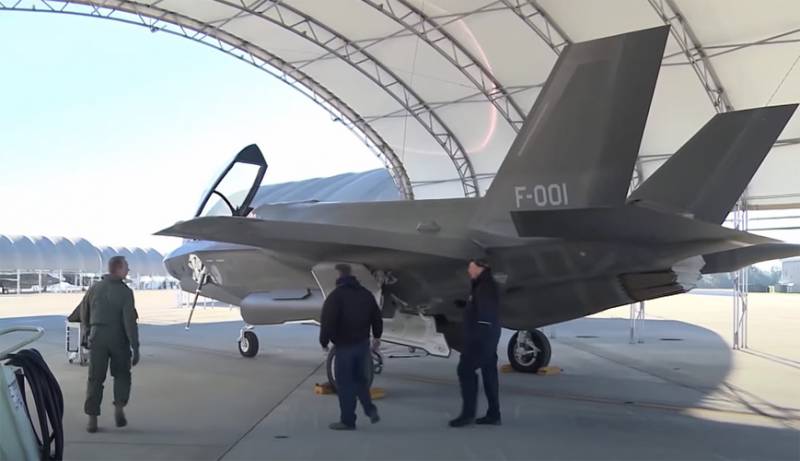 United Kingdom The United Kingdom has long had plans to build its own 6th generation Tempest fighter. At the same time, until recently, London has been striving to maintain the status of one of the key partners of the United States in the fighter program - the stealth F-35. But will the British authorities succeed in combining two goals: purchasing a large number of new American aircraft and developing their own sixth generation fighter?


In March 2021, the UK Department of Defense, in a special report to the country's parliament, confirmed that the sixth generation Tempest fighter is one of the top priorities for government procurement in the defense sector in the coming decades.

The document also emphasizes that it will be the British industrial infrastructure that will be used in the creation of the Tempest aircraft. After all, one of the goals is to create aviation a sixth generation UK-based facility that is fully digital, transforming manufacturing and delivery.

The promising British fighter jet, the developers expect, will have its own sensor system, four times more accurate than existing sensors. It is also planned to create conditions for the use of Tempest as an air command and control center, which could transfer part of the information received by the sensors to friendly units, coordinating their actions. BAE Systems, which is working on the project, is also considering the prospects for using artificial intelligence in the sixth generation fighter.

A separate issue is the armament of a promising fighter. General of the Italian aviation Enzo Vecciarelli at a seminar on missile defense held in Rome, suggested that a promising British sixth generation fighter would be armed weapons directed energy to combat hypersonic missiles. Earlier it was reported that Tempest will be able to carry hypersonic missiles itself, as well as control a swarm of drones.

In addition to Britain, Italy and Sweden participate in Tempest. Also in London, they are considering the prospects of attracting Japan to the project, which is also interested in acquiring a 6th generation fighter in the future. The importance of foreign partners is determined by the need to secure financing for the project, which is distinguished by a very high cost.

It is the cost that is the main problem in the development and creation of the sixth generation Tempest fighter. Now London, in fact, has a choice: to continue and further develop the program to create its own sixth generation fighter in order to meet the announced deadline until 2035, or to purchase a large number of F-35 jets from the United States.

According to Mark Episkopos of The National Interest, the fate of the F-35 procurement currently hangs in the balance. Earlier in London, they expected to acquire 138 fifth-generation jet aircraft from Lockheed Martin. But so far, the British side has ordered only 48 F-35 fighters.

It is clear that the British Defense Department is in no hurry to purchase fifth-generation American fighters, and the revision of procurement plans is associated solely with its own ambitious Tempest project and the desire to save money on its development by refusing to buy American fighters.

But, on the other hand, Tempest has not yet been created and work on it for 10 years, no less, and the F-35 is already here and now, and can be used by the British Air Force immediately after acquisition.