American observer: US Navy will sink Chinese aircraft carriers in case of conflict in the open ocean 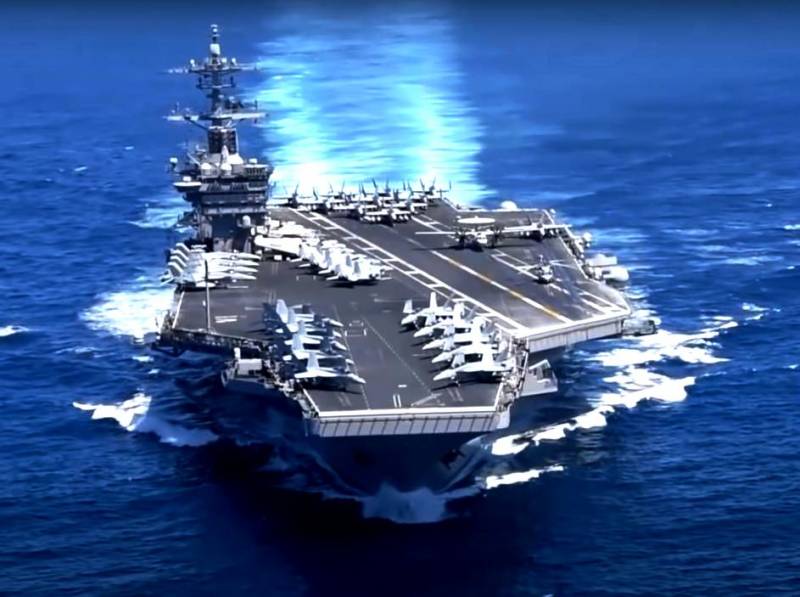 The task of American propaganda is to create an image of China as a weaker adversary, which the United States has no cost to defeat. Of particular interest to the American press is the naval potential of the Celestial Empire, since if the United States and China enter into open confrontation, this will happen, first of all, in the Pacific Ocean.


American military expert James Holmes, head of the department of naval strategy at the Wiley Naval College, in the popular magazine The National Interest emphasizes that in recent years Beijing has been actively promoting Chinese anti-ship missiles as "destroyers of aircraft carriers." Apparently, the Chinese side is hinting to the Americans that they should not try to threaten the PRC in the waters of the Pacific Ocean, especially in the Taiwan region and near the disputed islands in the South China Sea.

Indeed, according to the agreements, the United States is not developing medium-range ballistic missiles comparable to the DF-21D or DF-26. But if you imagine a naval war between the Celestial Empire and Uncle Sam in a different scenario, then the PRC will have very little chances. After all, the confrontation between the surface and submarine fleets will lead to the victory of the US Navy.

China currently has two aircraft carriers. The first - "Liaoning" - went into operation in 2012, but it was built back in 1985 in the USSR, and later was part of the Ukrainian Navy as "Varyag". The second aircraft carrier is Shandong. This is a much more modern ship, laid down in 2013, launched in 2017 and entered into the PLA Navy in 2019.

According to experts, the modern Chinese aircraft carrier Shandong can carry 30-40 aircraft and helicopters on board. American aircraft carriers are on average capable of carrying about 85-90 aircraft. Thus, in aviation The US Navy is almost 2,5 times superior to the PLA Navy. This is a very large air superiority. Moreover, modern American fighters are technically advanced, Chinese aircraft are still inferior to them, according to James Holmes.

It is also worth noting that the United States is constantly improving its anti-ship weapons. One of the main tasks on which the specialists of the American military industry are constantly working is to constantly increase the range of anti-ship missiles, which makes it possible to keep enemy ships at a long distance, not allowing them to approach American aircraft carrier groups.

According to Holmes, if necessary, the United States will be able to deploy a large number of different types of weapons, which can be described as "destroyers of aircraft carriers": these will be anti-ship missiles, and naval aviation, and submarines.

Another thing, the analyst stresses, is that the United States and China are unlikely to engage in naval battles in the open ocean. After all, they have nothing to share in the central part of the Pacific Ocean. Where there is an intersection of Chinese and American interests, slightly different rules apply: both Taiwan and the disputed islands are not so far from the coastline, and the PLA Navy, if necessary, will be able to use the potential of its coastal forces, which is much stronger than the potential of aircraft carriers. ...

Holmes notes that the Chinese Navy is a "fortress fleet" - their strength is in the coastal guns and in the fact that they will feel great close to the coastline. But on the high seas, Chinese aircraft carriers are doomed to failure: the US Navy will simply let them sink, according to an American observer. Therefore, the only way out for China is to impose its own model of warfare on the Americans, that is, not to send their ships far from the coast. In this case, the powers are equalized, and it remains to be seen who will emerge victorious from such a confrontation. Such a factor as the presence of China, like the United States, a nuclear weapons, the American author does not consider. And this is the primary aspect of any potential military conflict between two states.