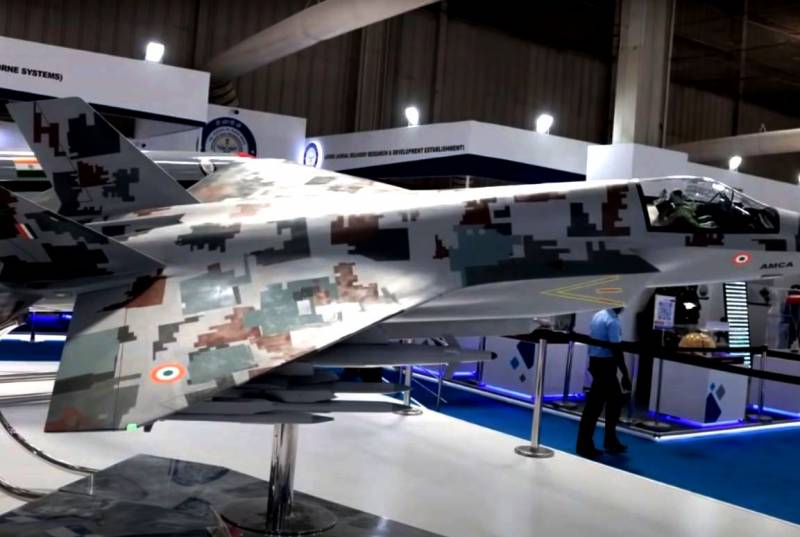 Currently, a large number of promising new fighter projects are being developed in the world. The USA, Russia, China, European countries, Korea have their own developments. India, given the growth of its political and military ambitions, as well as the need to counterbalance the Chinese threat, is also not going to stay away from advanced developments.


The author of the Aerotime publication Valus Venckunas writes that the project of the Indian promising aircraft HAL Advanced Medium Combat Aircraft (AMCA) has been in development for at least 12 years, since 2009, but the exact date of its launch into production in New Delhi still cannot be named. At its best for India, this will be the end of the 2020s. The new aircraft should complement the modernized fleet of the Indian military aviation, which is now proud of HAL Tejas, Dassault Rafale and Su-30MKI.

The new aircraft is expected to have such characteristics as super-maneuverability, low visibility, advanced control systems, that is, all the same distinctive features that the 5th generation fighters F-22, F-35 and Su-57 possess. The Chinese 5th generation fighter J-31 and the South Korean KF-21 are still in development, but many global aircraft manufacturers are already exploring the prospects for the development of 6th generation fighters. In the United States, they claim that the prototype of the 6th generation aircraft is being tested, in Europe they are working on the completion of the FCAS and Tempest projects, Russia and China are still keeping their developments secret, but there is no doubt that they are present.

In 2020, the same Bhadauria announced that India was working on a real 6th generation fighter that could use hypersonic weapon and control a swarm of drones. It is worth noting here that India has been very actively working towards creating its own drones in recent years.

So, in February 2021, a line of new unmanned aerial vehicles HAL Combat Air Teaming System (CATS) was presented, which should complement manned jet aircraft. Accordingly, there is a need for an aircraft that can effectively interact with drones. But its development is a very difficult task, over the solution of which they have been working for years in Russia and in the West, so the ability of India to create its own 6th generation aircraft in the foreseeable future raises certain questions.

As for the statement of the Indian marshal, he, most likely, was not talking about a specific aircraft, but about the concept of a 6th generation fighter in general, which is under discussion and the timing of its implementation is unknown to anyone, including the top military leadership of India. ...