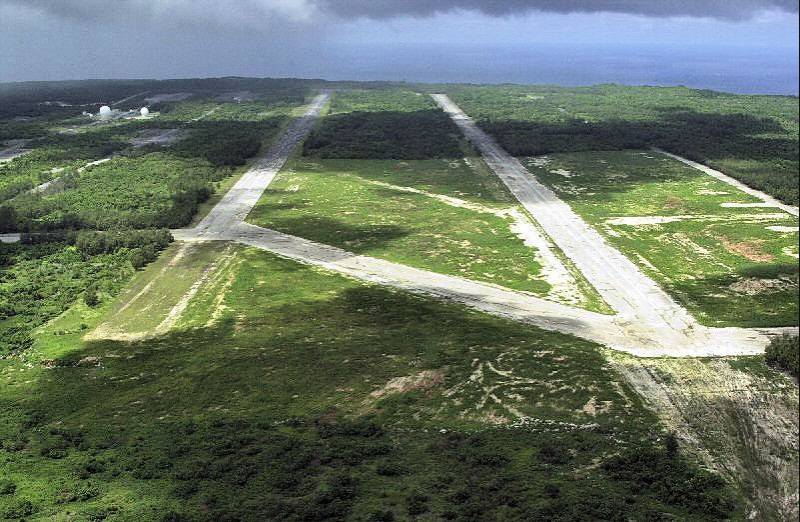 Recently, the United States has shown increased attention to the air force bases in the Pacific Ocean. There is no doubt that the reason for this is the growing activity of China in the Asia-Pacific region. It is becoming increasingly difficult for Washington to control the situation in Southeast and East Asia as the power of the Chinese weapons is growing, and today even the famous Andersen Air Force Base in Guam is already vulnerable to Chinese ballistic missiles.

Reanimation of the airfield during the Second World War

The Pentagon concluded that the American aviation new bases are needed in the Asia-Pacific region. After all, if the airfield on Guam is disabled, the United States will not be able to maintain an air presence over the Pacific Ocean. From these considerations, the Pentagon began to expand the capabilities of basing aviation on the Wake and Tinian Islands. It is possible that the February 2021 exercise will aim at testing the capabilities of air bases.

The most interesting thing is that during the upcoming exercises, American aviation will use the Northwest Field - an old military airfield on the island of Guam, which was equipped during World War II, but was closed in 1949. Subsequently, it was used only for auxiliary purposes. Its resuscitation in the current conditions is very interesting in itself.

Brian Everstein of Air Force Magazine was the first to report that F-35 fighters from Eilson Air Force Base and F-16 fighters from Misawa AFB will be deployed in the Northwest Field of the Andersen Air Force Base. It is on their basis that the United States is going to work out tactics to pass China in exercises.

Previously, only Lockheed C-130 Hercules helicopters and transport aircraft were based in the Northwest Field. But quickly adapting the field for fighters is a daunting task, even given the vast financial and technical capabilities of the US Air Force.

Nonetheless, the Pentagon expects the Cope North exercise to hone the Agile Combat Employment tactics of less predictability in aviation deployments and more agility achieved by using small groups of aircraft. Within the framework of this tactic, it is planned to create bases with minimal operational requirements, as well as to ensure the possibility of rapid redeployment in order to confuse the enemy and complicate his plans to build defense and attack.

Tyler Rogoway of The Drive writes that before the start of the exercise in February 2021, an emergency braking system will be installed at the airfield to prevent abnormal situations with jet aircraft.

In addition to aviation, the Northwest Field of Andersen Air Force Base also hosts other important military installations, including the THAAD missile battery, which protects the island of Guam from enemy ballistic missiles, and satellite communications stations. However, this is where the infrastructure of the North-West Field ends: Rogoway draws attention to the fact that the field has a minimum of structures common to air bases. Even basic hangars are missing. Therefore, plans to use the Northwest Field as a key base for exercises, according to the analyst, look quite ambitious.

On the other hand, the aircraft participating in Cope North will be able to land, refuel, rearm and take off in conditions similar to those if they operated from remote and poorly equipped locations in real combat. Fulfillment of assigned tasks on a remote runway, without many important support components, will allow American aviation to work out tactics of operations from remote islands.

Thus, the upcoming exercises in the Pacific Ocean will not be called ordinary maneuvers. They promise to teach American aviation many interesting lessons, and if the Pentagon can draw useful lessons from them and reformat its bases in the Pacific Ocean in accordance with the requirements of the time, then its capabilities in terms of confronting the Chinese threat will increase significantly.