Cold weapons of the Soviet-Finnish and the Great Patriotic War: three demanded samples 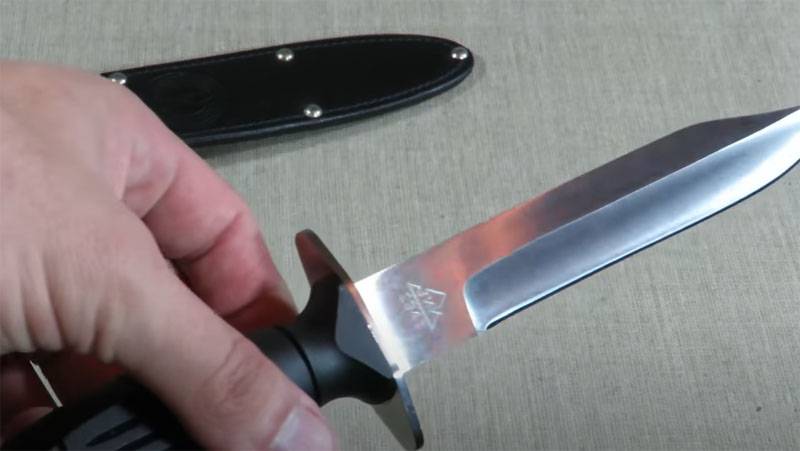 In World War II, ground forces actively used small arms weapon, artillery, aviation, armored vehicles. But often, when soldiers of enemy armies faced each other face to face, edged weapons and, first of all, army knives became the most effective means. Melee in WWII were not uncommon.


Probably, the experience of the Winter War of 1939-1940, when the Soviet Union entered into an armed conflict with Finland, became the main impetus for the Red Army, which made its leadership think about creating standard edged weapons for their soldiers.

Remembering the edged weapons of the Great Patriotic War, it is worth mentioning the three most demanded samples. Moreover, each subsequent one was created on the basis of the previous one.

In the Winter War, the Red Army learned several important lessons that helped to better prepare it for another war - with Nazi Germany. Some of them concerned the effectiveness of certain types of weapons, which the USSR had not previously taken seriously. It is believed that these are submachine guns and army knives.

Actually, the use of these two types of weapons is interconnected. If you use a short-barreled automatic weapon, then the bayonet will, most often, no longer fit. Therefore, the submachine gunners most often were armed with army knives. In the Karelian forests, where the Finns often acted in partisan methods, it was difficult for the Red Army soldiers armed with rifles with bayonets to resist in close combat the Finnish soldiers armed with comfortable puukko knives.

But this weapon was especially effective in the hands of the scouts and soldiers of the special forces of the country of Suomi. Here, its main advantages were noiselessness and compactness.

And although the soldiers of the Red Army did not possess such weapons, the Soviet people had known Finnish knives for a long time and well, since pre-revolutionary times, when Finland was part of the Russian Empire. The Russians also learned about these knives from the Finns, and even set up their production. The most popular were "Finns" among criminals, as well as those part of the professional revolutionaries who were engaged in "expropriation" to replenish the party treasury.

In the USSR, in 1935, a ban was imposed on the possession of Finnish knives for the civilian population, but they made them part of the outfit of police officers. Since then, this type of cold weapon is sometimes called “NKVD knives”.

And after the Winter War, it was decided to start supplying automatic weapons to the army and to establish the production of a regular army knife on the basis of the "finca" that has long been familiar to our people.

And by 1941, when Finland again became an ally of Hitler's Germany, the Red Army was already armed with an army knife, which was in no way inferior to Puukko, and in some respects even surpassed it.

This edged weapon, which entered service with the Red Army, which many, out of habit, continued to call "finka", is most often called the "scout's knife" HP-40, and this name is found even in official literature. Sometimes it is also called the "submachine gunner's knife", since it was the submachine gunners of the Soviet Armed Forces who were the first to adopt this weapon. It also went to other units, being considered a regular knife of the Red Army. Officially, it was called that - NA-40, that is, "army knife of 1940".

But although this edged weapon was produced in large quantities, it was not enough for all. True, the soldiers of reconnaissance, sabotage and other special units were all armed with NA-40. This is understandable, because often a knife for a scout is the most suitable and effective weapon, and in certain situations - the only possible one. This is probably why the second, more frequently used name of this utility knife - NR-40, or "scout's knife", stuck.

The main difference between the HP-40 and the classic "finca" is the presence of an S-shaped guard, which has a non-standard reverse bend. This form made it more convenient to deliver the most common attacks to the enemy. The knife, made of U7 carbon steel, had a blade 152 mm long and 22 mm wide. Its weight is 150 grams. The wooden scabbard and camouflage handle were painted black. Soviet enterprises produced knives according to this standard, but the products of small repair shops could differ from the classic model.

An important advantage of the HP-40 was the possibility of its use not only for knife fighting, but also for household purposes. For example, it could be used to cut wires or open cans. In particular, the SS and SA daggers used by the Germans since the beginning of the war were not suitable for domestic purposes, which is why the German army subsequently ordered army knives from the Solingen company, modeled on ordinary kitchen knives.

The HP-40 knife served in the Red Army since 1940, and after the war it began to be used in some countries of the Warsaw Pact. It was removed from service only in the 60s.

From "scout's knife" to "Cherry"

Created on the basis of the HP-40 by 1943, the HP-43 "Cherry" knife differs little from its predecessor, but it served much longer. Some Russian special forces still use these weapons. Actually, "Vishnya" did not get into the combined-arms units, they were armed exclusively with special-purpose units of the security agencies.

HP-43, unlike HP-40, has a straight guard and a slightly longer blade length (158 mm). For this knife, the wooden scabbard was replaced with leather. The handle began to be made not of wood, but of shock-resistant plastic. It got its name because of the stamp on it in the form of the letter "r", shaped like a cherry berry.

Army knives HP-43 model 1943 are still used for their intended purpose. And although their predecessor, the HP-40, was discontinued in the 60s, it remains popular among collectors and simply lovers of cold steel even today. In addition, modern manufacturers use the look or name of the famous "scout knife" as a commercial success.

Ctrl Enter
Noticed oshЫbku Highlight text and press. Ctrl + Enter
We are
Finca. From artisans to mass productionMilitary reform as an integral part of the security concept of the Russian Federation: Systematic dynamic assessment
Military Reviewin Yandex News
Military Reviewin Google News
61 comment
Information
Dear reader, to leave comments on the publication, you must sign in.