Vassal of the United States. Japan does not want to play on its own, even with a strong army 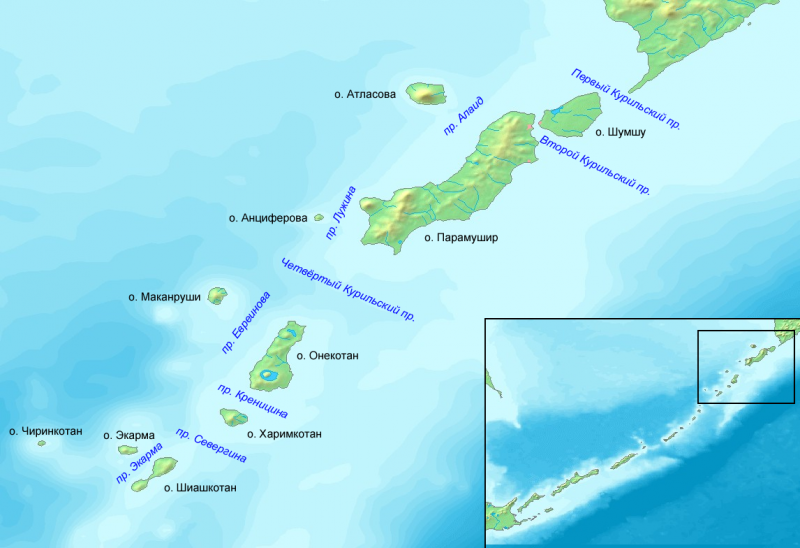 In the previous article in this series (“The growth of China helped to normalize Russian-Japanese relations”) I talked about the most serious player in the East - the People's Republic of China. About the changes that have been and are taking place today in the defense policy of this state. On military reform in the PLA. About new forms of confrontation with the enemy, developed in this state.

Today we will talk about another player - about Japan. More precisely, about the players. Simply because today it is difficult to call Japan independent. The military power, the navy and the self-defense forces of this country are a priori intended only to hold down the enemy forces in the event of a major war. Before the main US forces approach. Or to resolve some conflicts at sea arising in connection with the creeping aggression of the PRC.

Why Japan has lost the status of an independent adversary

Have you ever wondered why, quite recently, powerful states, one of the features of which was their insular position, quickly began to play secondary roles in international relations?

What is the reason for such a rollback from leading roles to secondary roles?

The islanders have no chance

The answer to this question, it seems to me, lies in the development of weapons systems: the emergence of missile weapons, aviation long-range and strategic aviation.

The insular position has turned from an advantage into a disadvantage. There are no air defense or missile defense systems in the world that guarantee 100% protection.

This means that with a massive enemy attack, the islanders have no chance.


Today Japan is well aware of its own dependence on the "big brother", on the United States. To confront China or Russia in a direct battle for this state is like death.

Moreover, today the PRC is much more dangerous for the Japanese. Simply because it possesses weapons systems that will directly affect the country's territory from mainland China.

How did it happen? Where did the Japanese and the Americans go wrong? Indirectly, Russia is to blame for this. More precisely, the Soviet Union. Remember the time when there were really two great powers in the world? Did they flex their muscles in front of each other, completely oblivious to everyone else? We played our "chess game" and were happy or sad because of every correct or questionable move.

There was Europe - the arena where we openly confronted each other. Hectic Asia, where the order of the last century reigned, at least. Africa, where no one (even the Africans themselves) knew what they really want. That is why we built our own socialism there, and the Americans built their capitalism. Periodically changing each other, after the next military coup. Were forgotten by all Australia and Oceania. Although they were nominally considered the sphere of US interests, they were quite legitimately used by the Soviet fleet.

And there was the east of Eurasia. Where huge, but underdeveloped countries, militarily did not pose a serious threat. Probably, many remember an anecdote from Soviet times:

“The Chinese aviation will not participate in the offensive. The pilot got sick. "

The Americans had exactly the same attitude.

We just knew that in this zone, the Americans did something economically. The very famous "Asian tigers" have appeared, which pose some danger to us. After all, we represented Japan as a powerful economic power. A leading country in the development and production of the most modern electronics, including military ones. South Korea was also nearby.

We limited some types of weapons. Or banned by others. And those whom we did not consider to be serious players did not. The same INF Treaty? How we cried. And how the Americans rejoiced. And what is the bottom line for today? Most countries have short- and medium-range missiles. But this also directly applies to Japan. She suddenly found herself under attack from such PLA missiles.

Imitation of pacifism or Japanese foxes deceive the whole world

Probably, there is no person who has ever been interested in Japanese foreign and domestic policy, who would not know that, according to Article 9 of their constitution, Japan has no right to have its own army. There are some self-defense forces that are not an army. And there is a certain navy to defend the coast.

The Japanese have long used the restriction from Article 9 as an excuse to reduce defense costs. Moreover, the Americans insisted on the inclusion of this particular article in the Basic Law. In particular, the Korean War of 1950-1953 (by the way, the war was never officially over) precisely because of this article saved huge funds for Japan and saved the lives of Japanese citizens. No army, no war.

But the United States did not intend to spend alone on wars in the interests of the Japanese. Therefore, a very beautiful combination was legally carried out, the result of which was the emergence of the Self-Defense Forces (SDF). If you do not go into details, these forces were born quite quickly and directly bypassing the constitution.

The figure of 247 people (according to Japanese official documents) is conditional, since the SDF is officially a civilian structure and, accordingly, can hire or fire employees (as a civil organization) under a contract and under a one-time contract.

Thus, the bluff that some still believe in today (about the pacifist position of Japan, about the absence of the army, and the Navy, as well as the Japanese Air Force) is just a big deception. The ground forces of Japan (we will support the official position of the Japanese government) are more than 150 thousand people. 9 infantry divisions. 17 brigades, including airborne. 3 air defense groups. Training regiment and artillery group.

The military fleet (more precisely, the naval self-defense forces) is also not small: 4 helicopter carriers, 9 URO destroyers, 32 destroyers, 6 frigates, 22 submarines, a minelayer, 3 sea minesweepers, 3 landing helicopter ships, 2 MDK, a floating base of minesweepers and a bunch of boats, including missile. In terms of power, this civilian navy is second only to the US 7th Fleet in the region.

Well, in order to finally dispel the myth about the absence of an army in Japan, I will give one more fact. Since 1992, the Japanese Self-Defense Forces have been actively involved in peacekeeping operations under the auspices of the UN. This is such a civil self-defense. And in terms of defense spending, Japan is among the top ten countries - $ 50 billion.

Japan renounced claims to dominance in the region

If you listen to Japanese politicians today, you might get the impression that the Japanese are no longer satisfied with practically vassal relations with the United States. The Japanese want to free themselves from dependence on the United States. Even the movement was formed "Japan will do everything by itself."

On the one hand, it is possible to understand the supporters of this movement. A large, densely populated and economically powerful country that does not solve anything in the region. At the same time, along with China and Russia, to which the Japanese are accustomed as enemies, an economically worthless, undemocratic North Korea emerged, with which the Americans reckon much more than Japan. It's a shame.

But, on the other hand, decades of life "under the US umbrella" taught Japanese society that the main task of the state is stable economic growth, social programs, and the creation of a comfortable living environment for citizens. That is, according to the principle: I work and earn money, pay taxes to the state, and for this it creates ideal living conditions for me.

Most Japanese today do not even consider the option of complete independence for Japan. I would say more precisely: the Japanese fear their own independence much more than vassal dependence on the United States. Politicians and opinion leaders are well aware of this. That is why, regardless of the results of the next vote, the status quo in Japan-US relations remains.

In fact, Japan has abandoned its leadership in the region, its ambitions. The country is satisfied with the fact that the main issues of relations between states are resolved directly between the United States and these countries. Hence the instability caused by the succession of the presidents of the United States. And the wariness of Japan's political elite.

Tokyo out of the game

Japan's foreign and domestic policy largely depends on the policy of the United States of America. Hence the following conclusion: the aggravation of the question of the ownership of the disputed islands arises only when it is beneficial to the United States.

In Japan itself, the question of the ownership of the islands is supported artificially among the right-wing radicals. It is these groups that are used at the right time to stir up public outcry.

At the moment, no exacerbation is observed. The reason for this situation, in my opinion, is the uncertain status of relations between Washington and Beijing. If Biden refuses trade and other wars with the PRC, questions about the islands will arise quite predictably. He will not refuse - everything will remain in the same uncertain status.

Tokyo is out of the game.

Ctrl Enter
Noticed oshЫbku Highlight text and press. Ctrl + Enter
We are
Situational analysis of the death of the MH17 flight (Malaysian Boeing 777), made on the basis of engineering analysis from 15.08.2014Strangulation: the context, conduct and consequences of the American naval blockade of China
Military Reviewin Yandex News
Military Reviewin Google News
33 comments
Information
Dear reader, to leave comments on the publication, you must sign in.