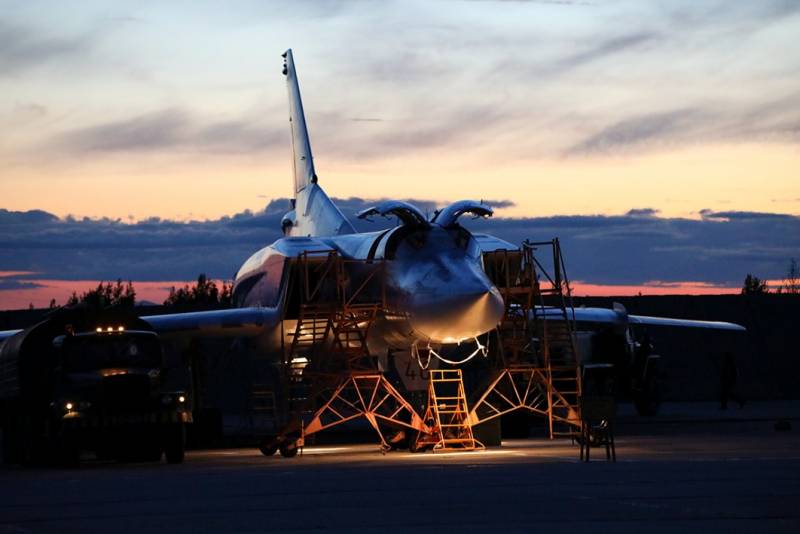 The United States drew attention to the photographs of Russian aircraft with their missile and bomb weapons posted on the network by the Russian Ministry of Defense. Americans believe: the photo was posted specifically to intimidate.


The three images that appeared on the Internet show three combat aircraft in service with the long-range aviation Aerospace Forces of Russia: Tu-160, Tu-95MS and Tu-22M3. Each of the three bombers is photographed next to a set of weapons it can carry, including cruise missiles.

The Tu-160 aircraft is located on the runway behind two rows of air-launched cruise missiles. The line closest to the aircraft is made up of 12 Kh-55SM subsonic cruise missiles, designed to destroy stationary targets with predetermined coordinates. 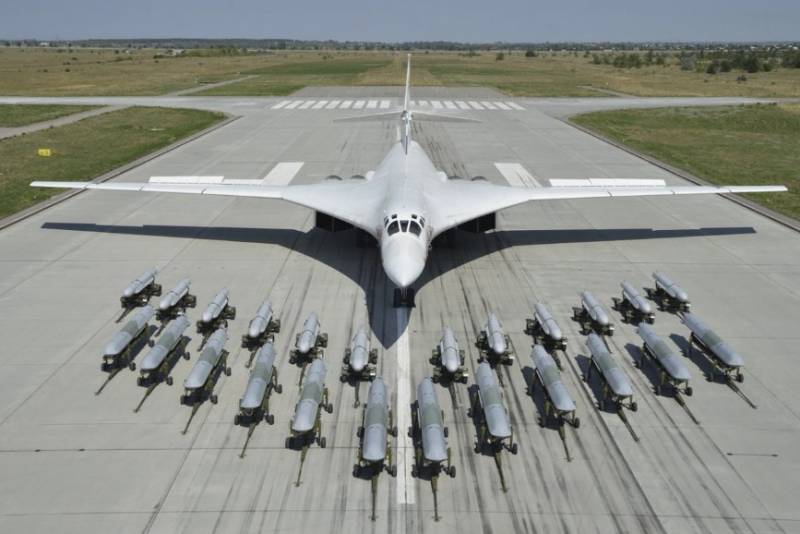 In addition, you can see 12 more samples of the modern high-precision cruise missile Kh-101/102, designed to destroy both strategic and tactical land and sea targets. Tu-160 can carry its weapons inside, in bomb bays. by Thomas Newdick of The Drive. 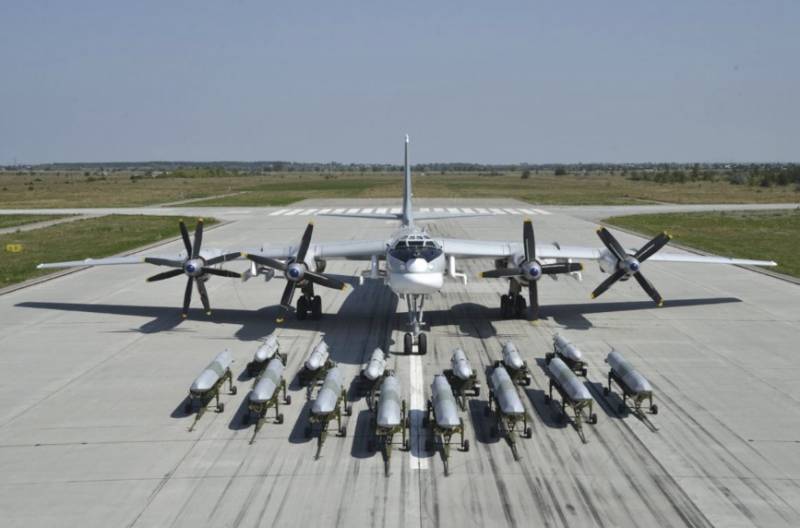 The Tu-95MS aircraft is a modification of the Tu-95, a strategic bomber-missile carrier. It is the world's fastest turboprop aircraft and the only strategic bomber of its kind. In the frame of the Russian Ministry of Defense, you can see the Tu-95MS along with the Kh-55SM and Kh-101/102 missiles.

The third aircraft shown in the photographs is the Tu-22M3, a long-range supersonic bomber with a variable sweep wing. Like the two previous aircraft, it was developed back in Soviet times at the Tupolev Design Bureau and was one of the most secret projects of Soviet bombers. 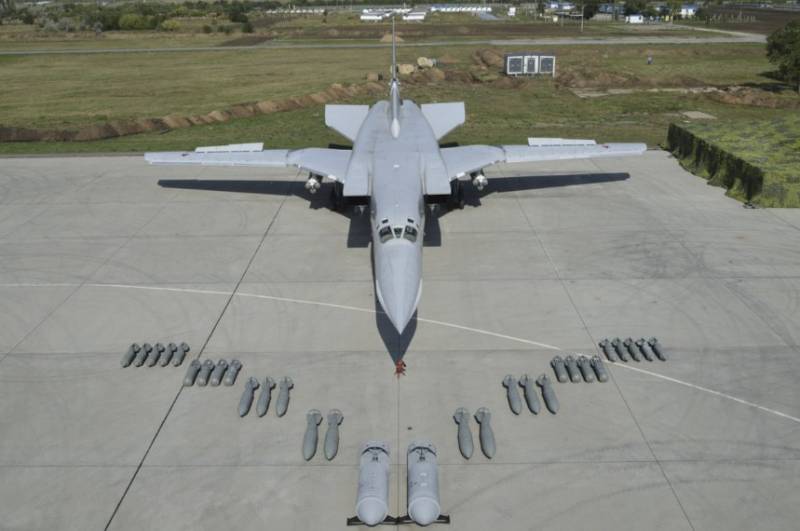 The American press journalist, however, notes that the bombs used by the Tu-22M3 were put into service during the Cold War and are now outdated. They are categorized as unmanaged weapons and this circumstance leads to a decrease in the accuracy of air strikes, which, in turn, affects the effectiveness of the military operation itself.

The American author notes that the photograph presented by the Russian Ministry of Defense lacks the Tu-22M3 missile armament. Meanwhile, the plane can carry 2-3 copies of the Kh-22 missile. These weapons can be used against stationary ground targets and warships.

As Newdick writes, although the Tu-22M3 never fired X-22 missiles in a real combat situation, they dropped free-fall bombs over Syria. Probably, the American author concludes that is why there is no missile armament in the photo. It is not excluded, however, that the Kh-22 on the Tu-22M3 will be supplanted by the more modern Kh-32 missile. Based on this, the Ministry of Defense could only present in the photo the current options for arming the aircraft for hitting ground targets.

Despite their age, the three strategic bombers of the Russian Aerospace Forces have useful capabilities, and are more flexible than the intercontinental ballistic missiles (ICBMs) and ballistic missile submarines (SSBNs), which make up the other two components of Russia's traditional nuclear triad.
- writes the author of The Drive.

It is also worth noting that programs are currently being implemented to modernize each of the three strategic bombers in service with the Russian Aerospace Forces. The modernization should ensure the combat capability of Russian long-range aviation at least until the promising new generation PAK DA aircraft is put into service.

Ctrl Enter
Noticed oshЫbku Highlight text and press. Ctrl + Enter
We are
Supplies of China Tu-22М3 bombers are unlikelyPress tour on training flights of long-range aviation pilots and to the long-range aviation museum
63 comments
Information
Dear reader, to leave comments on the publication, you must to register.