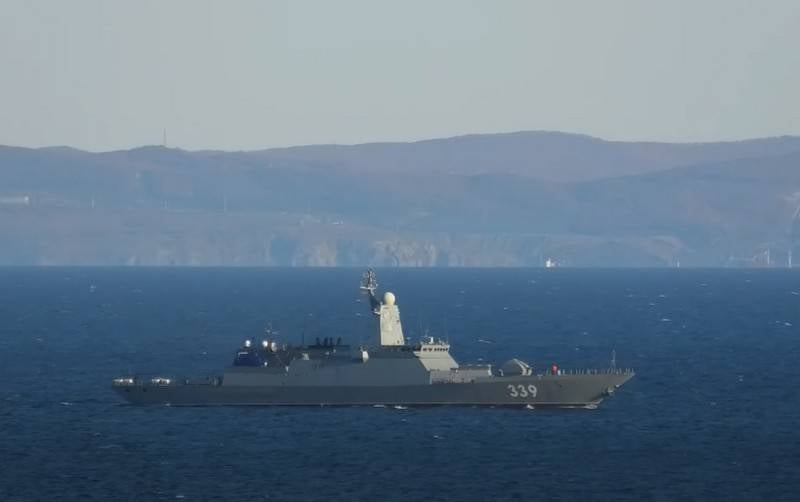 Built for the Pacific fleet the newest corvette "Hero of the Russian Federation Aldar Tsydenzhapov" continues the program of factory sea trials, which began at the end of September. At the next stage of tests, the crew checked the operation of the ship's weapons. This was reported by the press service of the Ministry of Defense.

(...) in the Sea of ​​Japan, strength tests of a ship weapons with the implementation of a complex of artillery fire. A 100-mm universal ship gun mount A-190, six-barreled automatic mounts AK-630 were tested in various modes, as well as radio-electronic jamming
- said in a statement.

The firing area of ​​the corvette was previously closed for shipping, auxiliary ships of the fleet, as well as helicopters and aircraft of the sea aviation TOF.

The newest corvette left the delivery base of the fleet in Vladivostok on September 30, going to the first stage of tests. At the moment, there is no information about the state tests of the ship, but it was previously announced that the corvette will become part of the Pacific Fleet by the end of this year.