Russian helicopters will be able to use kamikaze drones 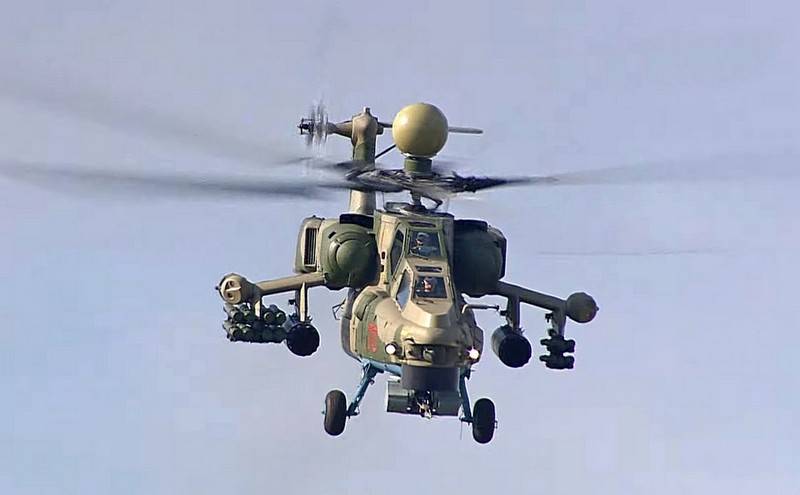 The new Russian Mi-28NM helicopter will be able to launch mini-drones and kamikaze drones. For this, a modular unmanaged cassette unit will be used. aviation missiles (NAR), developed by the scientific and technical center "Zaslon", reports TASS with reference to a source in the DIC.


The new modular block B8V10-UV allows not only adapting the number of missile guides for each task, but also programming weapons.

Built-in hardware transmits information from the control system weapons helicopter for a payload, whether it be guided blasting rockets, guided missiles, mini-drones or kamikaze drones. Through it, you can, for example, pump energy into a battery in a drone, send a command to turn it on, start it, and it will fly further to carry out its program
- the agency leads the words of the source.

At the same time, it is emphasized that initially developed for the Mi-28NM, the NAR unit can be used on all Russian helicopters with a weapon control system.

The B8V10-UV gun block with modular cassettes was developed as part of the work on the upgraded Mi-28NM helicopter. Caliber - 80 mm, the number of guides, depending on the modular cassette, can be 10, 15, 20 or 25.
Ctrl Enter
Noticed oshЫbku Highlight text and press. Ctrl + Enter
We are
Reports from the militia of New Russia for 27-28 September 2014 of the yearList of CIA-funded Russian public organizations
28 comments
Information
Dear reader, to leave comments on the publication, you must to register.