What Happens to a US Navy Aircraft Carrier When Hit by a Hypersonic Dagger Missile: An Expert Simulation 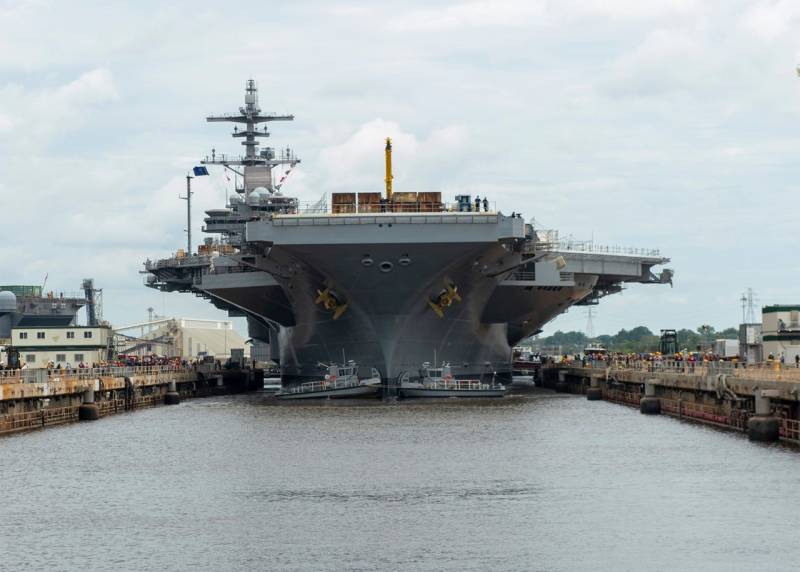 The world's first hypersonic aviation the missile system is the Russian "Dagger". This is a system based on the Kh-47M2 "Dagger" rocket and the base carrier (at the moment) - the MiG-31, which received the letter "K".


According to representatives of the United Aircraft Corporation (United Aircraft Corporation), the Kinzhal hypersonic missile system is capable of striking enemy targets not only on land but also at sea. In particular, we are talking about such large ships as aircraft carriers. In this regard, experts are simulating a situation in which aircraft carriers of NATO countries, in the event of anti-Russian military aggression, could be attacked from the air using hypersonic missiles of the Dagger complex.

One of the options under consideration is a hypothetical attack on one of the largest aircraft carriers of our time, the USS George HWBush ("George Bush") of the US Navy. This is an American aircraft-carrying ship with a displacement of 97 thousand tons and a maximum length of 333 meters. Its crew is 3200 people, plus almost 2,5 thousand servicemen of the aviation wing.

So what will happen to an aircraft carrier of this type (such as the Nimitz) if it is attacked by a single Dagger missile?

The simulation itself is reduced to the choice of the point of contact of the complex's hypersonic missile with the aircraft carrier, taking into account the mass of its warhead. It is known from open sources that the mass of the X-47M2 "Dagger" warhead is 500 kg. The maximum flight speed of the rocket on the trajectory is also taken into account. It is about 12 Machs.

The indicators of the Russian hypersonic missile system are such that, even being in the AUG with the cover of the air defense-missile defense system, the American aircraft carrier has no chance of intercepting the Dagger. The characteristics of American naval defense systems against aircraft do not allow countering hypersonic missile arms... In other words, with a hypothetical strike, the target will be hit in any case. How fatal for an aircraft carrier?

Experts believe that striking not at the command room, but at the deck of an aircraft carrier may be the most effective. 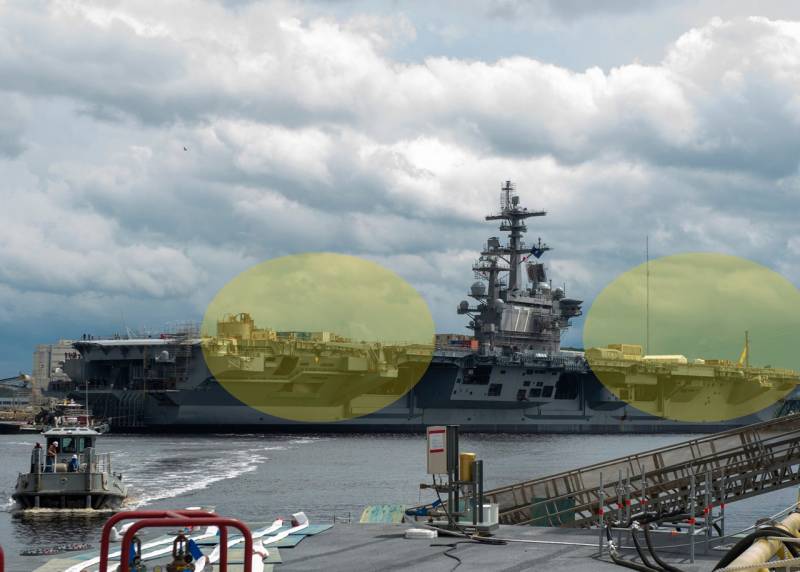 Even if the aircraft carrier can remain afloat for the first time after the impact, the potential of its aircraft wing will be nullified by the damage caused to the deck. In addition, such a strike could lead to the defeat of at least one of the two A4W naval reactors from Westinghouse. The total capacity of these reactors is 1100 MW. A missile with a half-ton warhead, moving at great speed, is capable not only of destroying the coolant circulation loops, but also leading to the explosion of the nuclear reactors themselves during their active work during a combat operation by an aircraft carrier. This fact suggests that a single missile strike of the Dagger hypersonic complex may be enough to completely destroy not only the lead aircraft carrier AUG, but also the entire carrier strike group.
Ctrl Enter
Noticed oshЫbku Highlight text and press. Ctrl + Enter
We are
"Varyag" in China. View from UkraineDecember 2010 years. Russian March. Senseless and merciless? Notes not a Russian person
327 comments
Information
Dear reader, to leave comments on the publication, you must to register.