A bus was seized in Lutsk: how does it resemble similar crimes in the USSR 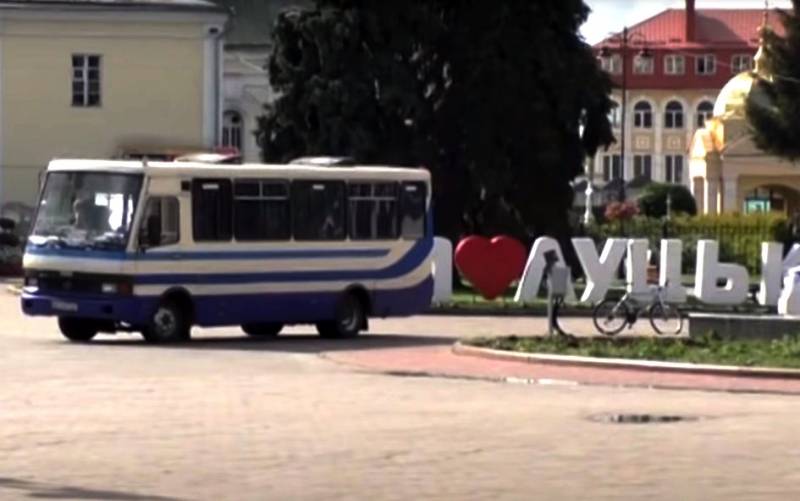 In the Ukrainian Lutsk on July 21, 2020, a bus with passengers was seized. At least 10 people who were in the cabin at that moment were taken hostage by the terrorist.


The terrorist entered the regular bus Berestechko - Krasilovka. An unknown man introduced himself as Maxim Plokhim and said that the bus was mined. In addition, he threatened to remotely detonate a bomb that he allegedly planted at another point.

The exact reasons that prompted the terrorist to hijack the bus with passengers are unknown, but most likely they are of a political nature: "Maxim Bad" declared his dissatisfaction with the existing political system in Ukraine. Before the hijacking of the bus, he recorded and shared a video on social networks.

Operational services arrived at the site of the hostage-taking, and even the President of Ukraine Volodymyr Zelensky has already commented on the state of emergency. He told the press that when the bus was hijacked, shots from a firearm were heard weapons... The Minister of Internal Affairs of Ukraine Arsen Avakov urgently left for the city. Initially, it was reported about 20 hostages, but then representatives of the Security Service of Ukraine said that it was rather about 10 citizens.

Remarkable is the very form of his demands, chosen by the terrorist: hijacking of buses in recent years, if not decades, has been reduced to a minimum in the post-Soviet space. Bus hijackings peaked in the 1980s and 1990s. 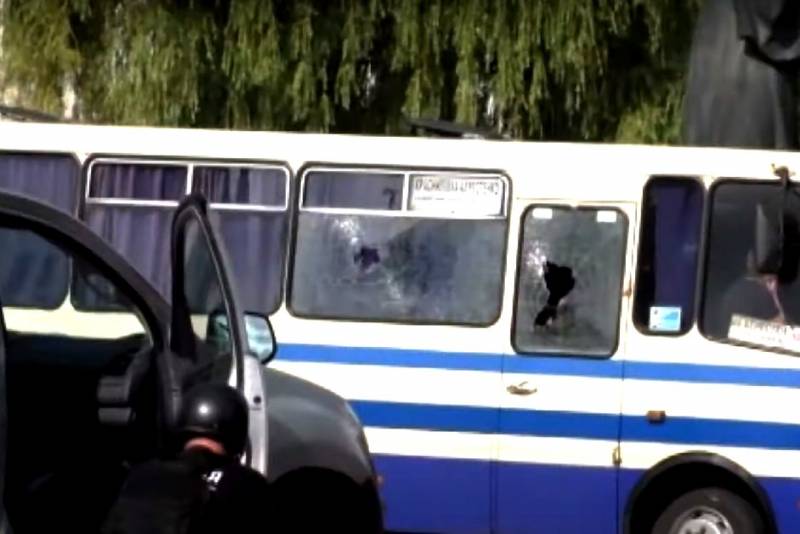 One of the first hijackings of buses took place in Novokuznetsk back in 1979: 16-year-old Mikhail Shamanaev and 17-year-old Vladimir Bizunov hijacked an Ikarus bus en route Novokuznetsk - Kemerovo. There were 43 people in the bus, whom the terrorists took hostage. The criminals forced the driver to go to Spichenkovo ​​airport, and then demanded 2 million rubles and a helicopter to Japan or China.

The bus was installed 12 meters from the helicopter, after which the terrorists got out of it together with the hostages. All of them were accommodated in a helicopter, but when Bizunov ordered to take off, the operatives, dressed in the uniform of civilian aviationopened fire. Shamanaev was killed, and Bizunov managed to jump out of the helicopter and escape. Soon Bizunov was detained. As a minor, he received the maximum punishment possible for his age - 10 years in prison.

Events in Ordzhonikidze (now Vladikavkaz) developed no less dramatically. On December 1, 1988, the criminals who hijacked a bus tricked schoolchildren into it - students of the 4th grade of a local school, led by a teacher. The terrorists were 38-year-old Pavel Yakshiyants, 28-year-old Tofiy Jafarov, 26-year-old Vladimir Muravlev, 25-year-old Vladimir Anastasov and 22-year-old German Vishnyakov. As a result of negotiations, the demands of the criminals were satisfied: they were given 2 million US dollars, 8 body armor, 4 PM pistols with two full clips, 1 AKS-74 assault rifle with two loaded magazines, after which they were delivered by plane to Israel, with which the USSR did not have diplomatic relationship.

However, the calculations of the criminals did not come true: Israel knew very well what terrorism is, and immediately arrested all the participants in the hostage-taking. They were placed in an Israeli prison and then handed over to the Soviet Union with only one condition - not to shoot them, since the death penalty had been eliminated in Israel by that time. Yashkiyants were eventually given 15 years in prison, the rest of the criminals - from 3 to 14 years in prison. 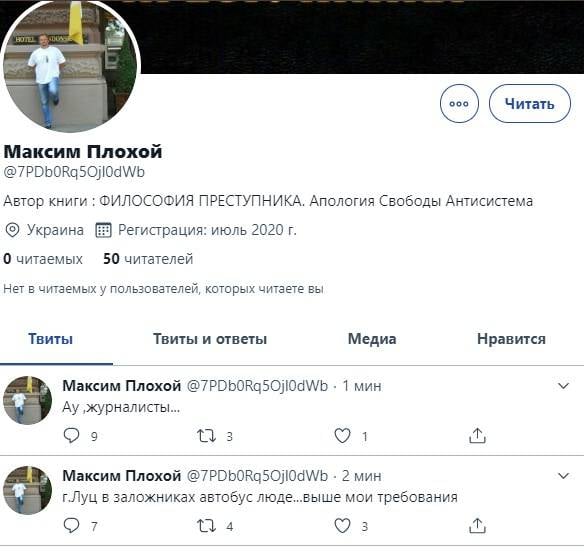 Account with the criminal who took hostages in Lutsk

The actions of the terrorist who hijacked a bus in Lutsk on July 21, 2020 are very reminiscent of the behavior of criminals 30-40 years ago. However, there is a small nuance: the hijacking of buses in the USSR was carried out by people with a specific system of values, but still mentally adequate, and in the hijacking of a bus in Lutsk they suspected a twice convicted resident of Dubno, Rivne region, Maxim Krivosh, who was previously undergoing psychiatric treatment.

It is also worth noting that “Maxim the Bad” demanded that the top leaders of Ukraine publicly recognize themselves as “terrorists in law”. He did not put forward any more specific requirements. Currently, the security forces are deciding what to do next - to storm the bus or still wait and force the terrorist to release the hostages on their own.

Such footage from Lutsk has spread over the Internet today:


In the meantime, in Ukraine itself, publications appeared, which spoke of a certain pretense of the terrorist attack.

Ctrl Enter
Noticed oshЫbku Highlight text and press. Ctrl + Enter
We are
Reports from the militia of New Russia for 27-28 September 2014 of the yearDecember 2010 years. Russian March. Senseless and merciless? Notes not a Russian person
Military Reviewin Yandex News
Military Reviewin Google News
70 comments
Information
Dear reader, to leave comments on the publication, you must to register.