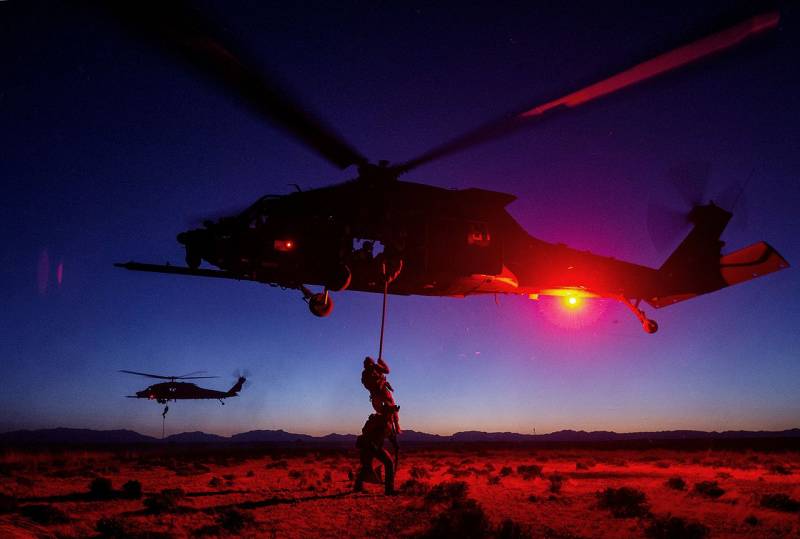 Education and tasks of US SOCOM

The Special Operations Command was formed relatively recently, on April 16, 1987. Without exaggeration, this command is the main think tank of all American special forces and is responsible for the direct leadership, planning and conduct of special operations around the world. Today it is one of the Unified Combat Command - the elements of command and control of the armed forces adopted in the USA. Refers to functional commands along with Strategic, Space, Transport and Cybernetic.

The creation of the Special Operations Command as a single command body for all special forces units and units was influenced by the Eagle Claw operation of the US armed forces that ended in complete failure. The purpose of the operation, which began and ended on April 24, 1980, was to release 53 hostages held on the territory of the US embassy in Tehran. The operation began to develop not according to plan from the very beginning and ended in a deafening fiasco. The Americans lost 8 people dead, two RH-53D helicopters and an EC-130E plane destroyed and five Sikorsky RH-53D helicopters abandoned without even entering the battle with the enemy. 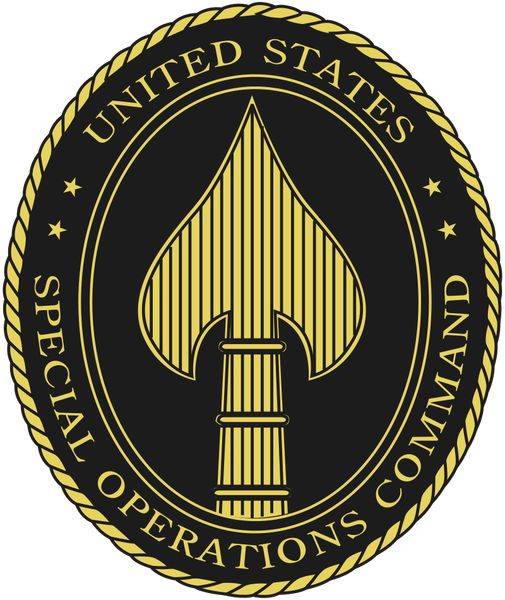 US Special Operations Command Emblem
The failure of the operation caused obvious discontent at all levels of the country's military and political leadership. This operation has been comprehensively studied and analyzed. The Senate Committee, which in 1985 published a report on the results of the work carried out, recommending the separation of special forces as a separate branch of the US armed forces, investigated the circumstances and clarified the causes of the failure for several years.

The Commission and US military experts concluded that the cause of the failure of the Eagle Claw operation was the existing departmental fragmentation of special forces, as well as the absence of a single control body for all units and units of the US special forces. To correct the identified situation, it was proposed to organize the Special Operations Command. It was officially formed 33 years ago, on April 16, 1987.

The tasks accomplished by the Special Operations Command are extensive and affect various areas of activity that are consistent with US military, political, and economic goals. US SOCOM is responsible for sabotage subversive activities in hostile countries, the fight against international terrorism, for the organization and conduct of humanitarian relief operations in the conflict zone, as well as for the fight against international drug trafficking. Another specific objective of this Command is to counter proliferation weapons mass destruction, as well as nuclear weapons. 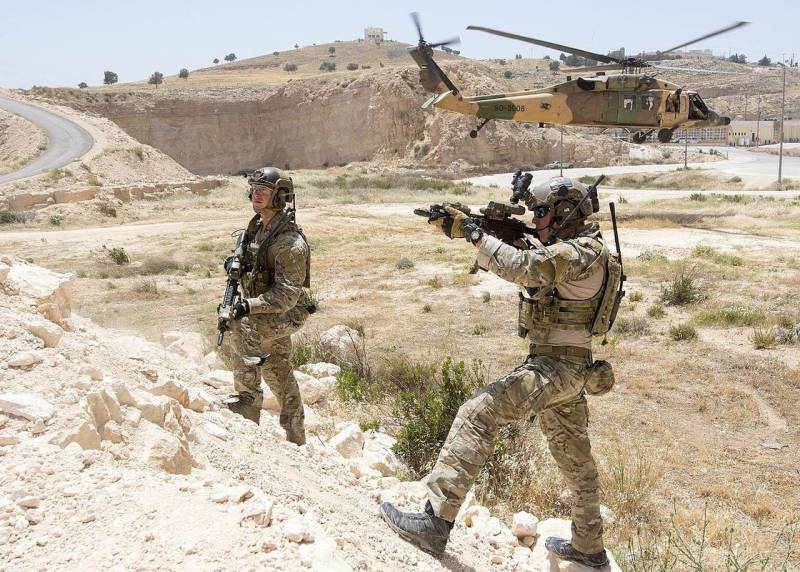 Soldiers of the American special forces in Jordan
Despite a rather large list of tasks to be solved (not all of them are listed above, and not all of them directly relate to military operations), most often American special forces are deployed today around the world in local conflicts of low intensity. The use of special forces and units is especially relevant when the redeployment and use of large US military contingents is considered premature and inappropriate for political reasons. The Special Operations Command also comes to the aid in cases where it is necessary to quickly and efficiently engage small groups of well-trained military personnel. At the same time, the special forces’s focus on work in “peacetime” does not exclude their widespread use during full-fledged hostilities, as has already happened in Iraq more than once, including during Operation Desert Storm.

Composition and structure of US SOCOM

The main base and headquarters of the US Special Operations Command is aviation McDill Air Force Base, located near Tampa, Florida. According to the official website of the Command, the total number of military and civil servants in the units and divisions of the US special forces is currently more than 70 thousand people, including about 2,5 thousand of them serving at US SOCOM headquarters. Currently, the US Special Operations Command is headed by General Richard Douglas Clark, he took up this position at the end of March 2019. It is this general who currently exercises general leadership of all US special forces. 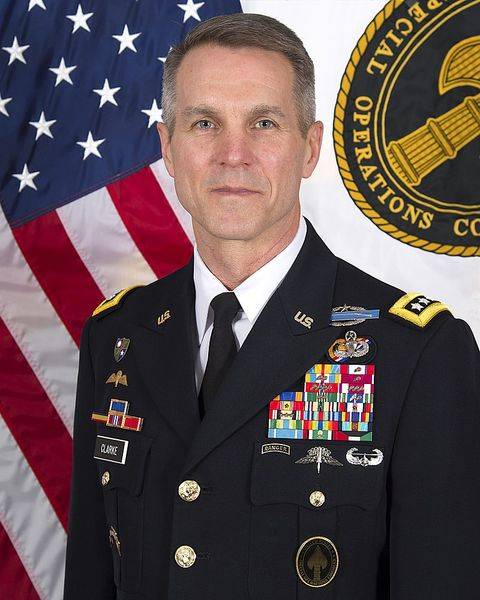 General Richard Douglas Clark, Head of US Special Operations Command
The role of the Special Operations Command has increased dramatically since the events of September 11, 2001. The terrorist attacks, which shocked the United States and the entire world, highlighted the fight against international terrorism. True, in the future, in Washington, the paradigm of this struggle will be adjusted to various operations that meet the interests of the United States around the world. One way or another, it was after September 11, 2001 that the role of the Special Operations Command increased many times over, since it was to this Command that the US Department of Defense delegated the main powers in the fight against international terrorism, shifting the main burden of the fight against combined arms (naval) units and subunits into subunits and units of special forces.

The Joint Special Operations Command, which is organizationally part of the Special Operations Command, exercises operational control of all reconnaissance and sabotage units and units of the US special forces, primarily units of constant combat readiness. It is JSOC that promptly submits to the most famous American special forces detachment, Delta, which became famous thanks to numerous Hollywood feature films. The 1986 action movie Delta Squad with Chuck Norris in the lead role became canonical in this regard.

Also, in addition to the Delta Group (from the Army), the US Naval Special Warfare Development Group (NSWDG or DEVGRU) from the Navy and the 24th Special Tactical Squadron from the Air Force are under the operational subordination of the Joint Special Operations Command. At the same time, the exact number of the Delta special forces, as well as the other two listed divisions, is unknown. Most likely, DEVGRU possesses the largest number of personnel; this unit of the fleet has more than 1,5 military and civilian personnel. 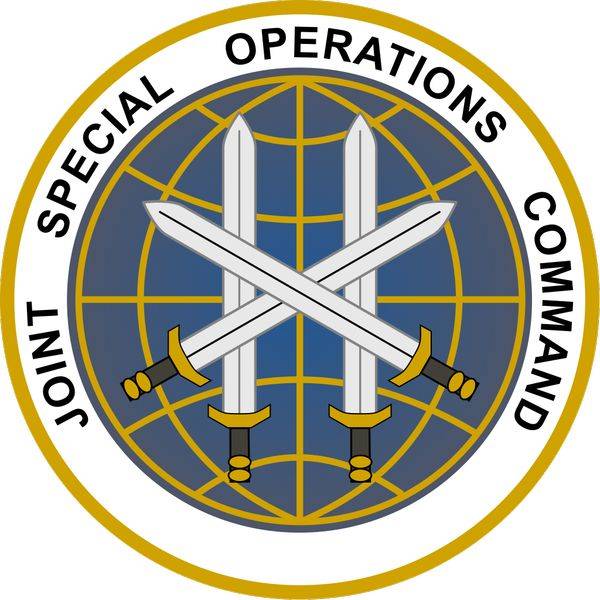 The main JSOC management and planning bodies are located in North Carolina at the Fort Bragg base at the main garrison of special forces of the US Army. The estimated number of JSOC is about 4 thousand people, including civilian personnel.