How Su-57 was criticized abroad: a selection of statements about the Russian fighter 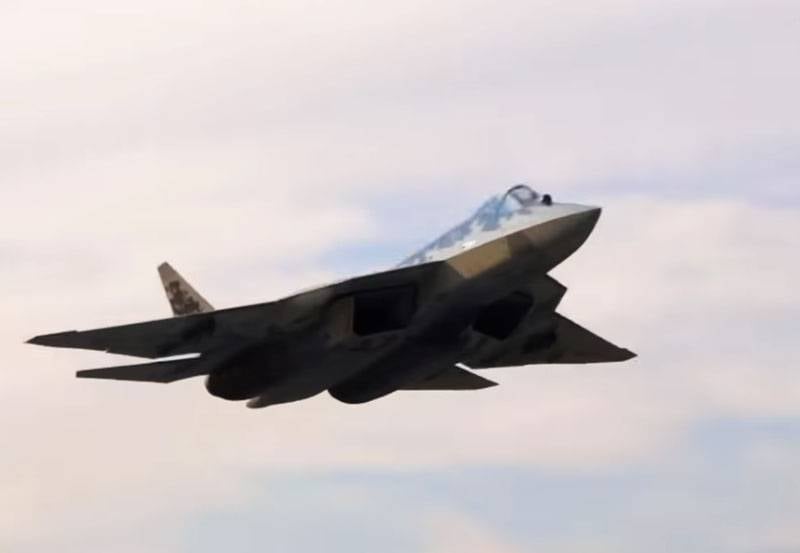 In this article, Military Review decided to collect fragments of foreign publications about the fifth-generation Russian fighter Su-57. From the moment this combat vehicle first flew into the air (at that time it was still PAK FA, T-50), hundreds of opinions, statements and opinions about the Sukhoi production aircraft were published.


If we talk about the statements of experts and readers from abroad, then they are largely negative. Partly for the reason that there is a "sacred cow" in the form of the American F-35, which does not need an extra competitor either in the sky or on the world arms market. Partly due to the natural negativity of individual representatives of foreign countries to everything Russian: what is called, from a needle to a fighter.

American edition of The National Interest (2020):

The Russian Su-57 fighter is not ready for warfare against a high-tech enemy.
The material indicates that the Su-57 is “Not even a fighter, but a prototype of a fighter”.

They say the next generation aviation engines for the Su-57 will be more efficient. But for now, these aircraft are powered by engines belonging to the 4th generation of fighters. The experts also pointed out many features that can worsen the stealth parameters: these are rivets, doors of internal compartments for weapons, engine nacelles and the shape of the air intakes.
Sohu (China) (2019):

Su-57 can not be attributed to the fifth generation aircraft. Rather, this is another step that does not allow the Russian aircraft industry to go beyond the limits of 4 generations. The number one problem that removes him from the list of new generation fighters is the lack of stealth technology.
The Diplomat (2019):

In 2018, India withdrew from a joint program with Russia to create a 5th generation fighter. The Indian Air Force was not satisfied with what the Russians were trying to imagine. The aircraft did not satisfy for a number of requirements: lack of stealth, weak engines for such a machine, and numerous delays in terms of program implementation. It is unlikely that Russia will correct all the flaws so that India can return to the project.
Business Insider (2020):

"While the Russian media called the Su-57 an" air ghost, "a scientist working on an invisible plane for the United States called it a" dirty airplane ", bearing in mind many of the obvious flaws that could be detected by radars scanning the aircraft."

There were enough critical comments in the Polish, German, Turkish and, of course, the Ukrainian press. A real flurry of criticism on the Su-57 and its creators crashed after an airplane crash during testing late last year.

In this regard, the aircraft and its developers would like to wish one thing: the speedy adoption of the Su-57 into the arsenal of the Russian Air Force while eliminating all identified shortcomings and errors. The mere fact that the latest “Drying” arouses such high interest in itself suggests that the fighter has a great future.
Ctrl Enter
Noticed a mistake Highlight text and press. Ctrl + Enter
We are
Reports from the militia of New Russia for 27-28 September 2014 of the yearDecember 2010 years. Russian March. Senseless and merciless? Notes not a Russian person
121 comment
Information
Dear reader, to leave comments on the publication, you must to register.