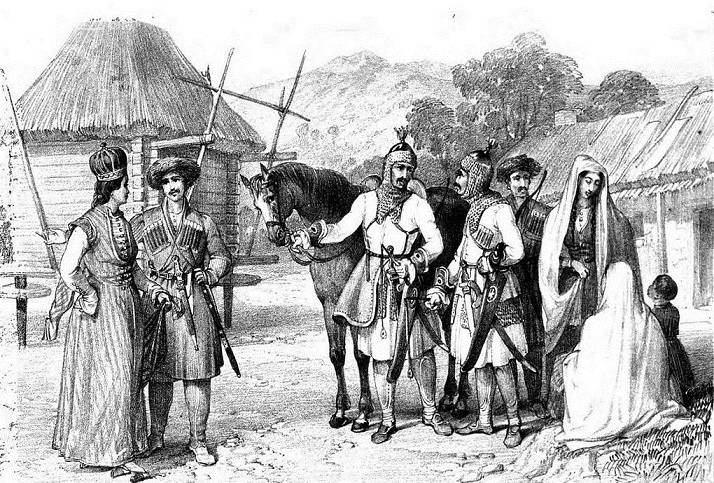 Rebellion raised Mashuko against the Kabardian aristocracy, which went into vassal dependence of the Crimean Khanate, at the very beginning had every opportunity for success. On the one hand, haters of the Crimean-Turkish orders from various walks of life joined the rebellion. On the other hand, the uprising was of a vivid anti-serfdom character, mobilizing the broad peasant masses who fled away from the auls and thereby undermining the well-being of the ruling class.


However, the full potential of the uprising was not realized. However, perhaps it could not be realized. The leader of the uprising was not sophisticated in political intrigues and had no corresponding ties with the elites, far from all of whom were positively, to put it mildly, in relation to the Crimean Khanate. In addition, the combination of all anti-Turkish, and, accordingly, anti-Crimean forces was partially hindered by the class character of the rebel struggle. Some of the rebellious peasants, according to old memory, automatically perceived any princes and even the military aristocracy (warks) no longer as defenders, but as potential oppressors. But the revolt nonetheless continued.

The heyday of Mashuko

Mashuko, whom various sources ranked as serfs, and free community peasants, and blacksmiths-gunsmiths, formed his troops very competently. The army of Valiy Kabarda Islambek Misostov, reinforced by the soldiers of his overlord of the Crimean Khan Saadat-Girey, was a formidable powerful force. Fighting such an enemy on the battlefield did not make sense, except for heroic suicide, of course.

Therefore, the detachment of Mashuko inflicted swift stinging blows on groups of Crimeans, whom the khan intentionally resettled in the villages of Kabarda, and on the princes' squads. After the raid, the troops naturally hid in the mountains. Mashuko did not forget to weaken the economic base of the occupiers and princely “collaborators” with all his might. Horse theft, expropriation of cold weapons and arson of various buildings became commonplace. It was thanks to this tactic that Mashuko entered history like an abrek, and the path along which he and his troops retreated into the mountains was called "Abrek Chekeo", i.e. "Trail of the fugitives." One of the places where the rebels hid was Pyatigorye. This fact formed the basis for the version that the famous Mount Mashuk near Pyatigorsk bears the name of the famous rebel abrek.

Eliminate at all costs

After the first unsuccessful attempts to crush the uprising, which failed, the princes and khan invaders were deeply thoughtful. As a result, they decided to bring confusion into the ranks of the rebels and apply blackmail as old as the world. To begin with, a search was conducted to find out the names of the rebels. Then, all members of the rebel families were taken hostage, and for a demonstration lesson, some of the family members were immediately sent to the Crimea to the slave market. Others were promised amnesty and even the return of property and relatives. During punitive actions, Mashuko's sister fell into slavery. 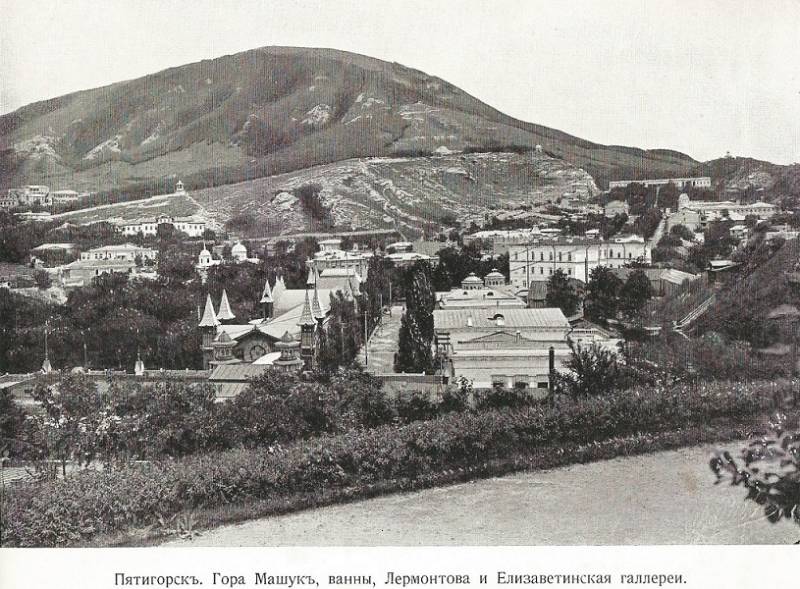 The ranks of the rebels began to thin, but the frantic Mashuko did not even think of ending his rebellion. On the contrary, the abrek became an implacable enemy. He openly said that he would fight even in complete solitude. Finally, the generous promises of the princes and the khan were able to pierce a wormhole in the heart of one of the abrek ascetics. Therefore, the rebel was seized on a mountain road on a tip and killed on the spot. Another version says that Mashuk was executed in public. The latter seems doubtful, since such an execution is in certain contradictions with the adathes. Moreover, the appearance of the adamant Kabardian before the execution could only mobilize a new wave of rebellion.

There is a description of the death of the rebel, given directly by the Kabardian historian. In the 19th century, in his fundamental work “The History of the Adychian People, Compiled According to the Traditions of the Kabardians”, one of the first Kabardian historians and philologists Shora Nogmov wrote about the end of the uprising:

“The escaping slaves hiding in the mountains made peace with their masters, but Mashuko never agreed to this. He knew that his sister was given to the Crimean Khan, did not want to forgive them for this, he burned at home at night, doing them all kinds of harm. He always went for the robbery along the same path, and once, having left the forest, he was killed by people hidden for this in an ambush. Since then, until now, the mountain on which he was hiding is called Mashuko. ”

The birth of a legend and the class pit

The insidious murder of Mashuko immortalized his name. Now he lived among the people uncontrollably for the Crimean Khan and local princes. Meanwhile, the Kashkatau prince’s coalition continued to lose influence. The number of soldiers that Aslanbek Kaitukin and his princely allies Bekmurzin was able to put up against the collaborationist coalition of Islambek Misostov did not exceed two thousand. The situation was desperate. The envoy of Kaitukin in St. Petersburg conveyed to the representatives of Russia a desperate plea of ​​the prince for help and a warning that, no matter how much the prince so desires, but in the absence of help he will be forced to make peace with a hostile Crimea. 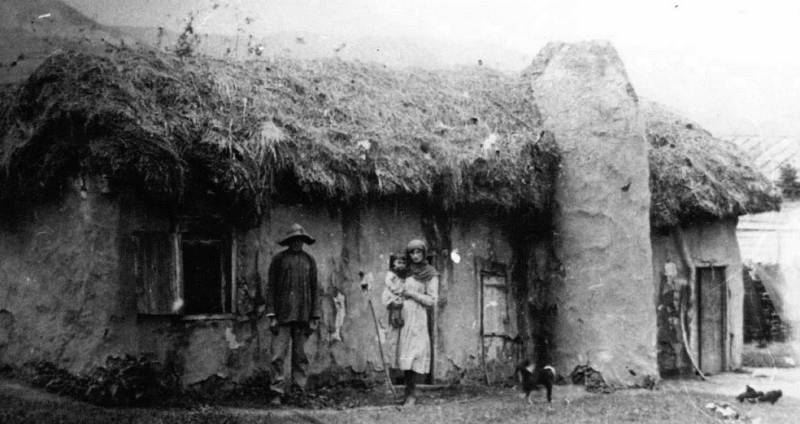 Kabardian peasants at their home (hackle)
Soon, Aslanbek’s position (not without Russia's help) strengthened, and civil strife gained new strength in the civil war. True, the war between the elites, in which mere mortals got the role of cannon fodder or a cash cow. Former members of the Baksan and Kashkatau coalitions alternately asked for help and swore allegiance to either St. Petersburg or Crimea. The situation of the peasantry continued to deteriorate. As a result, it became clear that the patriotic upsurge was used by the aristocracy to solve their own tasks of seizing power in competition with each other.

As a result, the situation created resulted in the mass exodus of the Kabardian peasantry to Russia, which began in the 30s of the 18th century. This weakened the position of the nobility of Kabarda, so they constantly sent angry complaints to both the Astrakhan governor Artemy Petrovich Volynsky and the emperor Peter I. The aristocracy of Kabarda even demanded to demolish the Mozdok fortress, which became the refuge of the fugitives. Of course, she was decisively refused to know, but Russia did not want to quarrel with the Kabardian elite, so she promised to return the fugitives back, but with one clever reservation. Only non-baptized highlanders were subject to return. Thus, having correctly planned the escape, the highlander and his family vividly received baptism and became inaccessible to their persecutors. By the way, it was this fact that partly forced the Ottoman and Crimeans to strengthen Muslim expansion in the Caucasus. For them, Islam was a kind of weapon. 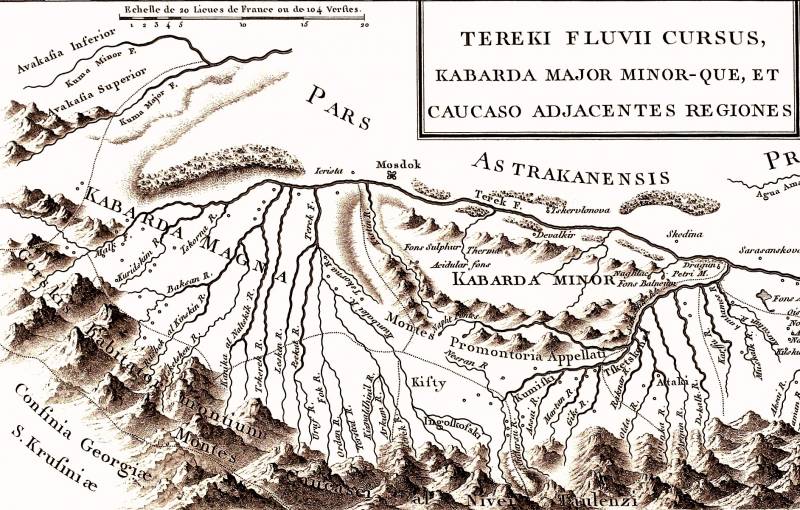 Map of Greater and Lesser Kabarda indicating Mozdok fortress
It got to the point that the Kabardian aristocracy decided to threaten Russia with the relocation of their subjects from Kabarda to the shores of Kuma and Kuban. However, they later changed their minds, because it was clear to everyone that the Russians, understanding this threat as a gesture of complete despair, which, if carried out, would lead the princes to a loss of power, would miss this attention.

In 1754 (according to other sources, in 1767, which is considered a less reliable date), another peasant uprising broke out. At the forefront of the rebels stood the residents of the villages of Kudenetova and Tyzheva, located in the region of the Chegem River. The cause of the uprising was attempts to further stratify and enslave free peasant communes. The nobility decided to tie them more strongly to their possessions, strengthening the serfdom.

At the head of the rebels stood Mamsyryko Damaley, who belonged to the estate of free peasant communes, whose rights were trampled on in the most severe way. To know, this time too, could not make out the social time bomb in its own politics and the immense thirst for power. Damalei took all his property, and the whole family was deprived of its previous rights and became, in fact, slaves. Mamsyryko vowed to take revenge on the aristocrats for such dishonor until the end of his days and, as Mashuko had already done, fled to the mountains to continue the struggle.

This time, when the peasants left their homelands with whole clans (they are often called “thrashing”), she couldn’t just kill them or, enslaving part of the rebel family, force them to submit. Moreover, the Kabardian princes and aristocracy were frightened by the new demands of the peasantry. This time, the rebels demanded not only to stop the strengthening of serfdom, but to return the ancient order of free society. In fact, princes and aristocracy lost their exclusive rights in principle. 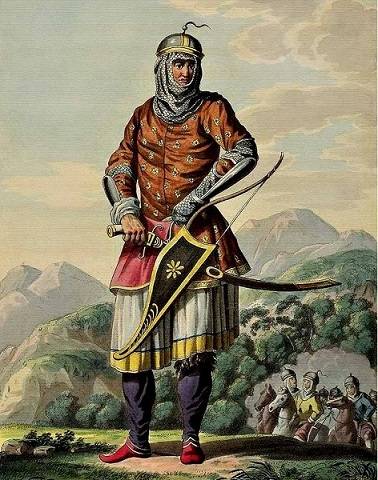 After several months of armed confrontation, the nobility decided to negotiate, but that was cunning. Since people from all over Kabarda began to flock to Damalei, there was no unity in them. Someone was ready to make peace, subject to the restriction of serfdom, and someone wanted complete freedom at all costs. This was used by the princes.

The aristocracy promised to reduce the level of conscription and limit the scope of legal arbitrariness, when even adats were not respected. Among the rebels there has been a deep split, ready to go into conflict already within the conflict. Taking advantage of this, the aristocrats, following the old pattern, killed Mamsyryko. Having lost the leader, the uprising fell apart, and the people formed another heroic image embodied in the song:

He collects people from pastures and fields,
He leads to the battles of peasant people.
Fright and confusion in the prince’s camp,
Peasants come with a great war.
Princes and nobles flee from the rebels,
And they hide, in awe, in the forest more often.

Another rebellion was crushed. However, even then a complete pacification of the peasantry was out of the question. The social disease that struck Kabarda through the fault of its own elite continued to progress. Until the next uprising, less than 15 years remained.

Author:
Sergey Monk
Articles from this series:
Abrek rebel Mashuko. The beginning of the uprising

We are in Yandex Zen
Abrek rebel Mashuko. The beginning of the uprising
Tactics of the Afghan insurgents
4 comments
Information
Dear reader, to leave comments on the publication, you must to register.