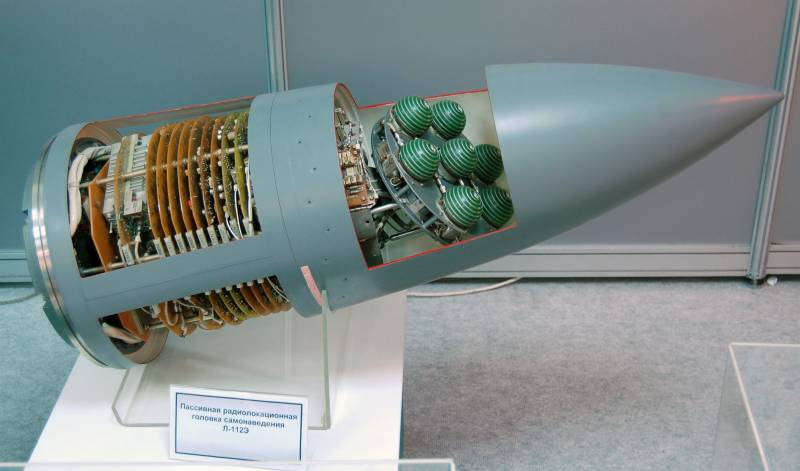 In the talk about many of the most technologically advanced types of products of the military-industrial complex manufactured today, the wording often sounds: "worth its weight in gold."

At the same time, of course, we have in mind the incredible high cost of today's fighter jets, missiles or military electronic systems. Nevertheless, to some extent this statement can be taken in the literal sense: the content of precious metals in modern weapons and military equipment is becoming higher.

Once upon a time, the times passed when precious metals sometimes became an integral part of military equipment, albeit not sophisticated in its characteristics according to our current concepts, but it often turned into a true work of art by gunsmiths. It is clear that at that time they were used exclusively for decorative elements - rifles and pistols with rich ornaments, drafts and daggers with a gold notch ... All this was, of course, beautiful, but to the combat properties weapons had no relation. Since the twentieth century, such splendor has been supplanted by purely utilitarian, reliable and extremely simple products from high-strength steels and similar “mundane” metals.

In place of silver and gold came, in addition to cast iron and steel, so valuable in tank building and aviation industries titanium, beryllium, aluminum and tungsten with molybdenum. However, not so much time has passed stories weapons development, as precious metals again become a completely indispensable component. It happened, as you might guess, with the mass equipment of military equipment with electronic equipment. And here, as it turned out, without the "noble" can not do. This combination of "damask steel and gold" in a new way.

After all, they are not only expensive and beautiful metals, perfectly suitable for the manufacture of jewelry and other luxury goods. First of all, these are materials with high thermal conductivity and low resistance (gold), high electrical conductivity (silver), chemical resistance, resistance to oxidation in air, acid resistance (platinum), the ability to resist many aggressive environments and a number of other qualities indispensable in creating high-precision electronics, which also must withstand work in extreme combat conditions.

At the present time, in addition to creating any modern combat aircraft, guided missiles, electronic warfare systems, armored vehicles, where the presence of the corresponding "filling" is implied by definition, components and components created using precious metals are certainly available in mine-torpedo armaments, navigational and navigational equipment, bench, test, polygon equipment. And even in such seemingly prosaic samples of military equipment as engineering vehicles or other means of mobility of military units, they probably also exist.

Here are a couple of concrete examples.

The 83P anti-submarine missile developed for the Vodopad missile and anti-submarine complex turns out to be a real “storehouse” of precious metals. What it just doesn’t have is a hundred grams of gold, platinum and palladium in a serious amount, and silver alone is a kilogram and a half. What a luxury? But there is no luxury - to the point of location of the attacked enemy ship, this rocket was delivered using a conventional solid-fuel engine. And now, directly to the target, its warhead, which was a small-sized torpedo UGMT-1, was "selected" using an electric motor fed by a special silver-magnesium battery, which was launched when it came into contact with sea water. If you consider that the ammunition weighed seven hundred kilograms, you can imagine the necessary power and, accordingly, the dimensions of such a battery. The remaining precious metals, for the most part, were used in the system of active-passive guidance of the torpedo, which itself had to find the enemy submarine, next to which it was splashed and lay a course on it.

Generally speaking, almost the most precious metals have been used and are used in the production of electronic systems associated specifically with the Naval fleet. An example is the mobile coastal radar station of the Cape family, used to detect and track surface targets, up to the fastest and smallest. They can be used both for escorting ships, and for determining their exact coordinates and establishing affiliation with “friends” or “strangers”. Another example is the MGK-400 sonar system installed in submarines, designed, as you might guess, to detect and detect enemy targets - from surface and submarines to sea mines.

In both of these devices, the same, expensive metals were used with might and main: palladium, platinum, gold and silver. The reason is simple - in addition to extremely high requirements for the accuracy of the information issued, they are presented with no less high demands regarding reliability during operation in extremely aggressive marine environments. No oxidation, damage, or changes in the conductivity parameters are allowed - that is why most of the contacts, connecting cables, and other parts are made of "noble metals", which are only capable of providing such "super resistance".

However, progress does not stand still: today, as you know, it is far from being developed, and at the stage of practical implementation the latest equipment and equipment are no longer for pilots or rocket launchers, but for "ordinary" infantry. The domestic model of such is the well-known "Warrior". All such complexes are literally crammed with electronic systems, and, therefore, are manufactured using all the same precious metals. The Americans, according to available information, are already developing “smart” automatic rifles equipped with so thin and “advanced” electronics that almost any recruit should turn into a sniper in their hands.

With each new generation, modern military equipment is becoming more and more computerized, and therefore “gold” - after all, this metal is contained in motherboards, processors, power supplies and other nodes of “smart” devices. It is unlikely that we will ever again see serial weapons trimmed and decorated with precious metals, but this does not mean that there are none at all.

We are in Yandex Zen
Situational analysis of the death of the MH17 flight (Malaysian Boeing 777), made on the basis of engineering analysis from 15.08.2014
Damask blade of law
46 comments
Information
Dear reader, to leave comments on the publication, you must to register.