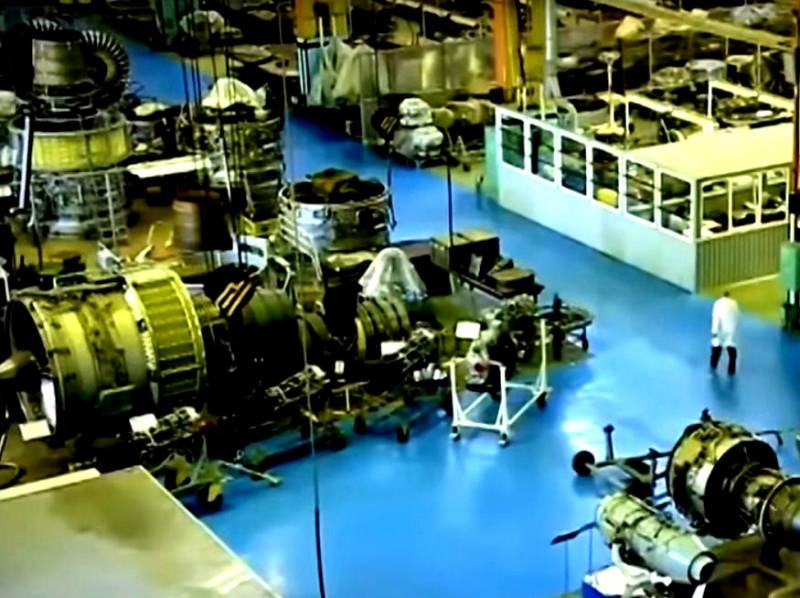 After Ukraine’s refusal to sell shares of Motor Sich Corporation to China, the PRC started talking about the main reason for the refusal. Chinese analysts have no doubt: the United States is to blame for what happened.


Motor Sich Corporation, before the deterioration of relations between Ukraine and Russia, almost 80% of its products, and these are engines for helicopters and aircraft, supplied to Russian enterprises. When the Russian market was lost for the Ukrainian engine industry, China took advantage of the situation.

As you know, Beijing has long dreamed of creating its own aircraft engines with a long overhaul period. Most of all, the Chinese were interested in engines installed in the world's largest Mi-26 helicopter. The Soviet technology that Motor Sich uses was supposed to help Chinese specialists work on their own engines.

In 2017, it became known about the plans for the construction of a joint factory of Motor Sich and Beijing Skyrizon Aviation Industry Investment Co in Chongqing (China). Then information appeared about the upcoming acquisition by the Chinese of a controlling stake in Motor Sich. After that, they got excited already in the United States.

The United States is now in a very difficult relationship with China and is considering the Celestial Empire as its primary military adversary. Therefore, the situation when Ukraine, seemingly dependent on the United States and funded by the United States, enters into a deal to sell shares of a strategically important enterprise with China, looked insulting to Washington.

The American leadership immediately froze the program of military assistance to Ukraine, delayed the issuance of licenses for supplies to Ukraine weapons and ammunition. Kiev turned out to have twisted hands and there was nothing left to do, how to apply political instruments to economic regulation: to achieve a waiver of a deal with China.

As a result, the Security Service of Ukraine opened a criminal case regarding the export of some of the equipment of the corporation to Chongqing. Company executives were also suspected of high treason, including the supply of parts to Russia. Naturally, in such a situation there could no longer be any talk about the further sale of shares to China.

Meanwhile, a new potential buyer of Motor Sich shares has announced. They became the American company Oriole Capital Group, the creators of which are US citizens - Nabil Barakat and Hossein Mousavi. But China intervened in the situation, which did not like this development of events. Since China is an important economic partner of Ukraine, investing considerable funds in the Ukrainian economy, quarreling with Beijing is extremely unprofitable for Kiev. As a result, the Zelensky administration found itself between two fires, but nevertheless chose the American side.

For Ukraine, perhaps the only way out would be to pay China worthy compensation for a failed deal. But it is clear that Beijing is not interested in money, so it is possible that the PRC will reduce its favorable attitude towards Ukraine after such behavior by the Kiev authorities.

News agency Sohu calls the decision of Ukraine on Motor Sich a huge concession to the United States. At the same time, analysts in the Chinese publication are optimistic: according to Chinese experts, even if the PRC does not acquire Motor Sich shares, this will not be a strong blow to Chinese engine building, since China is already actively working on creating its own aircraft engines.

The audience of the Chinese media is even more rigidly tuned: users of the resource compare Ukraine with a dog, hinting at the excessive dependence of Kiev on the United States. There is no doubt that China will still recall such behavior to Ukraine, and Kiev will experience the "severe economic" consequences of failure.

We are in Yandex Zen
Sohu: Russia will help China create its own ESPN
Russia is taken to the Golden Billion
48 comments
Information
Dear reader, to leave comments on the publication, you must to register.