Critical alignment in the sky of Idlib. Are Russian aerospace forces ready to compensate for the “lameness” of Syrian air defense? 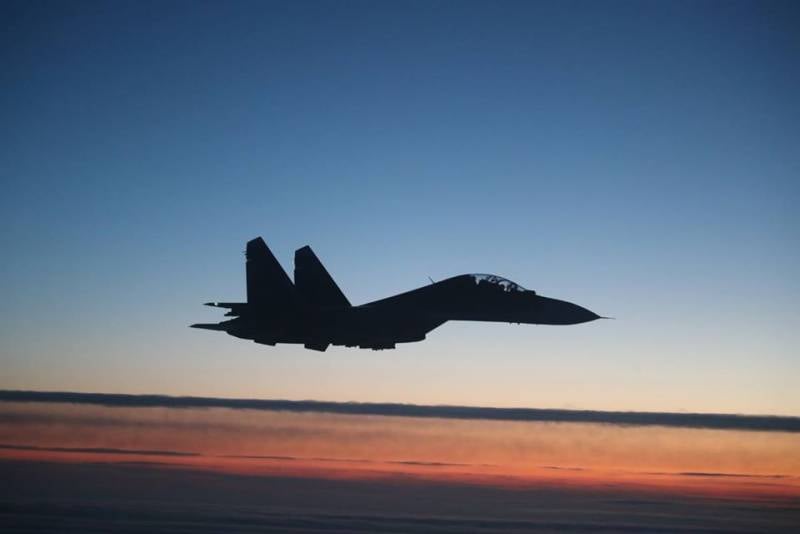 Extremely absurd and inappropriate to common sense and the concept of building modern network-centric air defense zones A2 / AD is currently taking shape in the Idlib theater of war engulfed by the Syrian-Turkish conflict. In particular, despite the high-profile statements made by high-ranking representatives of the SAA command on the establishment of a no-fly zone over all areas of the Big Idlib daily, the links of strike and reconnaissance UAVs Anka-S continued to barrage over active sections of the Idlib theater of operations throughout the Russian and Syrian media spaces. the last three days, delivering decapitation strikes with precision-guided MAM-L ammunition at the firing positions of artillery batteries and Syrian fortified areas army, as well as targeting 155-mm self-propelled guns T-155 "Firtina" on the dispersed positions of Syrian self-propelled guns and air defense systems in strategically important operational areas.


And only on Sunday, March 1, in the morning, the combat crews of the Pantsir-C1 anti-aircraft missile and artillery systems of the Syrian air defense forces finally got the opportunity to equalize the score with the Turkish Air Force thanks to the successful interception of more than 6 drones of this type, about which said war correspondent Yevgeny Poddubny, referring to competent sources in the command of the Syrian Arab army. Unfortunately, by this time, Anka-S UAVs had already made their contribution to stopping the developing offensive actions of the advanced units of the 4th mechanized division of the SAA in the vicinity of the Al-Gab valley (in the southwestern operational direction), providing the assault backbone of the Islamic group “Tahrir al-Sham” an opportunity to carry out a successful counter-offensive throw with the return of a number of dominant heights and settlements on the far southern approaches to the city of Al-Barah and the strategically important M4 motorway.

By the morning of March 2, units of the 25th division of the Special Forces SAA (formerly Tiger Forces) again managed to seize the initiative from the Khayyat Tahrir al-Sham and Turkish Armed Forces militias in the Sarakib direction due to a sudden night assault on the hastily erected fortified areas in the settlements of Vadi Mekar and Wadi Hajj Khalil. According to local military correspondents, as well as informed sources in the 25th division of the Special Forces, the pro-government forces were able to push the militants and units of the regular Turkish army to the Idlib-Sarakib-M4 motorway for several hours, which restored control of the previously lost Sarakib, and also block Turkish observation posts in the vicinity of the city. The main help in the successful advancement of the SAA in this operational area was the resumption of the most powerful precision strikes of the multi-functional Su-34 fighter bombers of the Russian air forces on the Khayyat Tahrir al-Sham fortification infrastructure in Sarakib, as well as the partial “exposure” of the first and second lines of defense of militants in relations with the redeployment of significant Tahrir al-Sham forces to the southern front of the Big Idlib (to the southern approaches to the Al-Gab Valley).

Meanwhile, starting from information with an attached video report from the center of Sarakib, published on March 2 at 15:00 on its Twitter page and on the tactical online map syria.liveuamap.com by military observer @RestitutorOrien, it is not difficult to conclude that that tactical strike reconnaissance aviation The Turkish Air Force, despite the establishment of a no-fly zone over Idlib announced by Damascus, still has loopholes for access to Syrian airspace, and in broad daylight continues to carry out air raids on Syrian army units that are pulling into the Sarakib area along the M5 highway, as well as recently erected strongholds of government forces directly in the center of Sarakib.

In the light of the above circumstances, a quite adequate question arises: what determines the episodic nature of the successful combat work of the Syrian anti-aircraft missile on UAVs and high-precision arms Turkish Air Force?

After all, we are all well aware of the 68% effectiveness of the Syria’s network-centric air defense system, demonstrated during the reflection of a massive missile strike by the United Air Force coalition on April 14, 2018, when the Syrian Pantsir-C1 complexes integrated into a single tactical network for exchanging air traffic data Osa-AKM, Buk-M2E, S-125 Pechora-2M were able to intercept 71 of 105 subtle strategic and tactical cruise missiles U / RGM-109E Tomahawk Block IV, AGM-158B JASSM-ER, Storm Shadow "and" Scalp Naval / -EG "launched by American, British and French zskimi tactical fighter aircraft, submarines and surface ships for the military infrastructure of the CAA.

The answer to the above question lies in the geographical and operational-tactical features of the Idlib theater of operations, as well as in the technical features of the guidance systems of the most advanced air defense systems of the Syrian army. In particular, the formation in the aerospace space above Idlib of a “dense” anti-air zone of restriction and prohibition of access and the A2 / AD maneuver (up to the Turkish airspace above the Hatay silt) can be realized only through the use of multi-channel medium-range anti-aircraft missile systems “Buk” -M2E ”and long-range S-300PMU-2“ Favorite ”, with ranges of intercepted targets of 50 and 200 km, respectively. The use of 9M317 and 48N6E2 anti-aircraft guided missiles in these SAM systems with semi-active radar seekers (requiring constant illumination from 9C36 and 30H6E2 guidance radars) eliminates the possibility of firing at low-altitude targets hiding behind the “radio horizon screen”, which is 27-30 km for Buka -M2. "

As a result, in order to reliably cover low and medium altitude airspace sections above the Idlib Gadyushnik, the Syrian Favorites and Buki should be deployed at the near approaches (about 5-7 km) to the contact line (for example, in the city of Marat al-Numan or in the area of ​​the M5 motorway). Similar places of deployment are fraught for the “three hundred” and “Bukov” falling under a massive blow of Turkish self-propelled guns T-155 “Firtina” and MLRS T-122 “Sakarya”. In the case of shelling with the aforementioned barrel and rocket artillery, together with the probable use of dozens of AGM-88 HARM anti-radar missiles launched by Turkish F-16C Block 52+, a pair of S-300PMU-2 divisions and a similar number of Bukov-M2 will have very little chances of maintaining combat stability.

Even if the majority of the anti-radar AGM-88 HARM detachment is intercepted by 48N6E2 anti-aircraft missiles of the S-300PMU-2 and 9M317 Buk-M2 complexes thanks to the impressive target channel of the 30N6E2 and 9C36 illumination radars (24 channels for 4 anti-aircraft missile divisions, respectively) and a clear distribution of targets due to the mutual information exchange through the ACS "Polyana-D4M1", the destruction of a swarm of approaching 155-mm artillery shells will be an almost impossible task even for those covering long-range "three hundred "Anti-aircraft missile-cannon systems" Shell-C1 ". With an effective reflective surface (EOC) of the order of 0,01 square meters. m and an ultra-small optical signature, 155-mm guided and uncontrolled artillery shells, if they are captured by the “armor” Helmet guidance radars and 10ES1-1E optoelectronic systems at a distance of 3-5 km, then their further interception will be a big question, since the radio command principle of pointing the SAM 57E6E virtually eliminates the possibility of hitting enemy air targets by the method of kinetic hit ("hit-to-kill").

Consequently, the formation of a powerful anti-ballistic / anti-air umbrella over the “Big Idlib” (the so-called Idlib de-escalation zone) can be achieved in two ways. Firstly, through the use of the Buk-M3 and S-350 Vityaz air defense systems with an active radar guidance method capable of (without threatening to reach Turkish artillery fire reach zones) intercept remote over-the-air means of air attack for target designation from DRLOiU A- aircraft 50 / U and other means of radar / radio reconnaissance. Secondly, due to the intensification of airspace patrolling over Idlib, the Su-30SM and Su-35S multi-functional fighters are capable of minimizing the probability of penetration of Turkish strike and reconnaissance drones into the no-fly zone. The first option can be immediately excluded, since the individual divisions Buk-M3 and S-350 Vityaz have just begun to enter the combat units of the airborne forces and military air defense, and therefore we can’t talk about sending them to active theaters of military operations.

As for the start of the anti-aircraft operation to expel Turkish drones from Syrian airspace by the forces of the Su-30SM and Su-35S multi-role fighters of the Russian Aerospace Forces, its announcement is a matter of a short time, because after the introduction of Russian military police units into Sarakib freed becomes a matter of reliable air cover for our contingent from attacks by Turkish drones.

We are in Yandex Zen
Percussion "Bayraktara" in the sky over the Donbas. What other “gratitude” for C-400 will bring Moscow to life?
Moscow and Damascus on the verge of the “Idlib issue” fiasco: an alarming lull before new trials
81 comment
Information
Dear reader, to leave comments on the publication, you must to register.