What EW systems can do: from facts to exaggeration 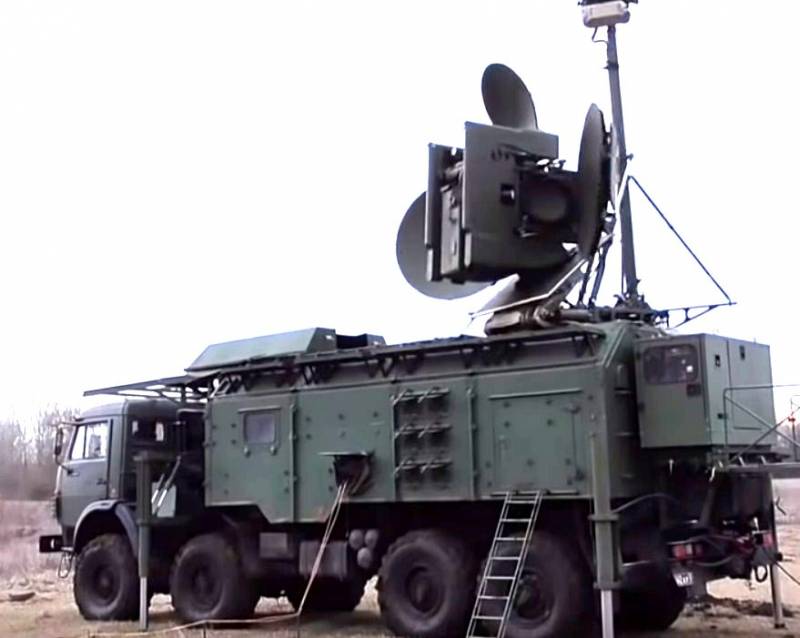 The importance of electronic warfare in modern warfare is very great. EW performs a wide range of functions, but in some cases its real capabilities are exaggerated.


First of all, we note that in modern warfare EW tools solve such problems as the fight against the air defense and missile defense of the enemy, his aviation, artillery, communication and control systems, communication disruption, suppression of remote explosive devices, etc.

Perhaps, the most frequently mentioned recently ground-based domestic ground-based electronic warfare complex is the famous ground-based "Kraukha" in its various modifications. Complexes "Kraukha" suppress enemy radar stations at its air targets, while this electronic warfare can detect a signal at a distance of up to 300 km. The signal is analyzed, and then powerful interference is turned on. As a result, the adversary has great difficulty finding targets and pointing his weapons.

However, in the development of electronic warfare systems for aviation, both the Soviet Union and Russia (until recently) were inferior to their probable adversary - the US Air Force. During the war in Georgia in 2008, Russia experienced a shortage of reconnaissance aircraft capable of conducting electronic intelligence. A certain obstacle was the lack of electronic warfare of group protection.

In the 2010s, serious steps were taken to eliminate the existing backlog of Russian aviation electronic warfare systems. As a result, on March 18, 2014, the Khibiny electronic warfare complex was adopted. Strictly speaking, these are two containers placed on the wingtips. At a relatively low cost, the Khibiny complex can significantly reduce the aircraft’s vulnerability to the enemy. The effectiveness of the complex was tested in Syria, where it was installed on Su-34 bombers and Su-30SM and Su-35 fighters. There are many myths and exaggerations of real possibilities associated with the Khibiny. One of the myths: "Khibiny" burned all the electronics of the enemy ...

In addition, a specialized Reb Il-22PP Porubshchik aircraft was created (based on IL-22), the means of which are capable of suppressing the control channels of UAVs, radar of enemy aircraft, and enemy air defense systems. For the Su-57, a completely new Himalaya electronic warfare complex was developed, which is already fully integrated into the aircraft body.

By the way, if we talk about military operations in Syria, then the use of electronic warfare equipment there has become a serious obstacle to precision weapons and attacks by unmanned aerial vehicles. Russian electronic warfare jammed all communication channels of armed groups operating in Homs, Deir ez-Zor, Idlib and other Syrian provinces.

You can recall the use by the Americans of electronic warfare during military operations in Yugoslavia, Iraq, Libya. In the first two cases, with the help of electronic warfare, it was possible to suppress the information potential of the enemy by neutralizing radio and television and preventing the transmission of information. In the third case, it was the poor development of the radioengineering forces that did not allow the Libyan air defense to withstand the attacks of American aircraft.

There are organizational and financial problems associated both with the need for more generous funding for research and development, and with the "fragmentation" of structures that are currently involved in the development and production of electronic warfare systems in Russia (there are several such companies and enterprises in the country).