Disputes about the "best tank in the world" 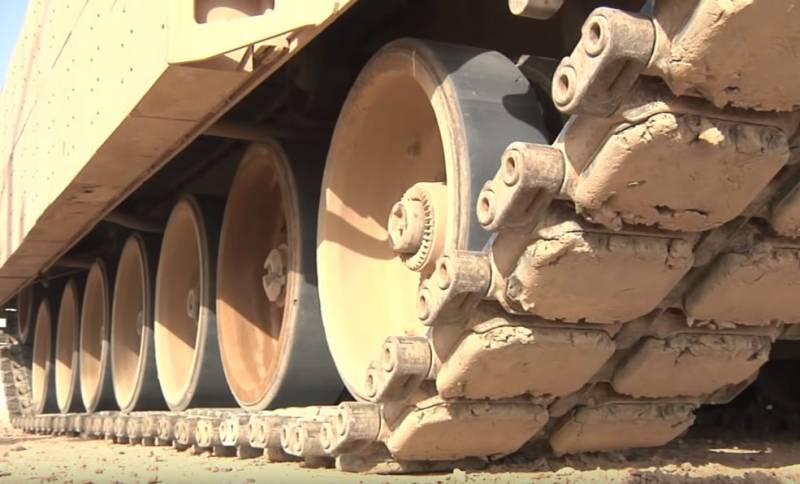 You can’t even imagine, as I understand it, the employees of organizations that are responsible for issuing patents for various inventions. I am especially sorry for those who work in the perpetual motion department. Can you imagine how many times they have to explain the elementary laws of physics to militant "geniuses"? How many far from flattering words do they listen in response?


Why am I doing this? Probably complaining about the bitter fate of a person from the patent office. How many times in personal conversations have I had to explain to the experts in military equipment and weapons the elementary laws of physics. How many times had to listen to a seemingly simple, but actually rather stupid question. Next, you can insert any kind weaponsarmored vehicles aviation technology and so on, the best object in the world. Who is the winner of the arms race in certain positions?

Honestly, questions and disputes are tired. Therefore, I decided today on the example of experts tanks answer all those who are interested in whose tank is better. But for a start - a little stories.

Has anyone seen the best sword in the world? What about onions? Maybe someone knows the best breed of war horses? What is it: what does the best battle club look like?

First, I will answer the most burning question of patriots from all countries that produce these military vehicles. Immediately for everyone. And on behalf of everyone. The best tanks are ours! Accordingly, for Americans - American, for Germans - German, for Jews - Israeli, for Chinese - Chinese, for Russian - Russian. This is an axiom!

I understand that any comparison of models of equipment and weapons is subjective. In particular, when evaluating tanks, the basic properties of these combat vehicles must be taken into account. Combat power, mobility, crew protection, mobility and others.

Have you ever thought about a simple but obvious question: why are Russian tanks less weight than western ones? Why does the T-90 standing next to Abrams, Leopard or Merkava look like a kid? It would seem simpler: add armor, increase the volume of the tank and put a more powerful engine?

Since the time of the USSR, more precisely, since the Great Patriotic War, tanks have been and remain the main striking force of the ground forces. It is the tankers who are in the forefront of the advancing. They are an armored fist that breaks through the enemy defenses. To solve this problem, even the most modern tanks of Russia have been created.

The West is well aware of the power of our tanks. Therefore, they originally designed tanks for defense. Well-armored, heavy vehicles, often incapable of stepping off roads and long distances. The Israeli Chariots are especially indicative in this regard.

Even Israeli experts often forget their own original doctrine, on which the construction of the first Merkava was based. What did General Israel Tal say in the late 60s? It was his team that created the first Israeli tank.

Why did Merkava appear? Just because the enemy got T-62! General Tal then put forward the doctrine of using an Israeli tank. It is necessary to create a tank that would effectively fight the Soviet cars. Understanding that losses in battles are inevitable, and the human resources of Israel are quite limited, the designers were tasked with maximizing the safety of the crew. “A tank is the home of a crew in wartime.”

Remember one of the tank design rules that all tank designers in the world use? To protect the crew, you can use no more than 50% of the mass of the object! How much is used in Merkava? Again thanks to the decision of General Tal.

By the way, probably in the concept of using military vehicles lies the answer to the question that arises among the inhabitants of the whole world after the next tank biathlon. Why are Western countries afraid to participate in a tank biathlon, and the competitions they hold are more like games of primary school children?

Of course, the stage of shooting a tank crew with personal weapons at targets looks better than forcing a water barrier or destroying enemy tanks and helicopters. Agree, it is difficult to imagine an American, German or Israeli tank that forces a water barrier or “fights” somewhere in a swampy area.

I saw quite a few options for rating tanks. It is clear that, given the influence of the United States on other countries, it is the Americans who are considered the most authoritative experts in evaluating these military vehicles. American opinion is often cited. By the way, even when searching for options for purchasing military vehicles by other countries, ratings are taken into account.

I don’t want to criticize the Americans, but in all the ratings, the first place is consistently held by the American Abrams. Then comes his brother in arms - Leopard. These two cars are unrivaled. Two more tanks stably occupy the third and fourth places. This is the Englishman "Challenger" and the Japanese "Type 50".

It is surprising that the Russian T-90, the Israeli Merkava and the Chinese Type-99, changing each other, periodically occupy only the fifth line of ratings. Why is it amazing? Yes, simply because most of the indicators are precisely these machines that are better, more technological, more reliable.

And not because Israeli, Russian or Chinese designers are smarter. Just combat vehicles are “younger”, which means they use much more innovations in their design.

If you still answer the question “who is stronger?” Seriously, then I think that there is no stronger than the simple infantry Vasya, who is supported by the rest. Weapons today have reached such a level when no less powerful defenses exist against powerful offensive weapons. When it is difficult to imagine a tank battle head-on, as it often happened in World War II. It’s hard to imagine a ram in the air.

But the same Vasya from the motorized rifle platoon as he was the main in the army, and remained. There is no victory until Vasya crosses the enemy trench, occupies the enemy stronghold, sets up a banner over the defeated enemy city.

And the ratings ... For that, there are experts, so as not to believe them. See special materials for any military facility. You will never see the rating as a whole. Specific data in specific areas is always compared.

So there is no better tank in the world. There are only the best tanks of the war ...

We are in Yandex Zen
The tragedy of the American army ("The Atlantic", USA)
Results of the week. “In our cooperative, the board is always agreed”
219 comments
Information
Dear reader, to leave comments on the publication, you must to register.