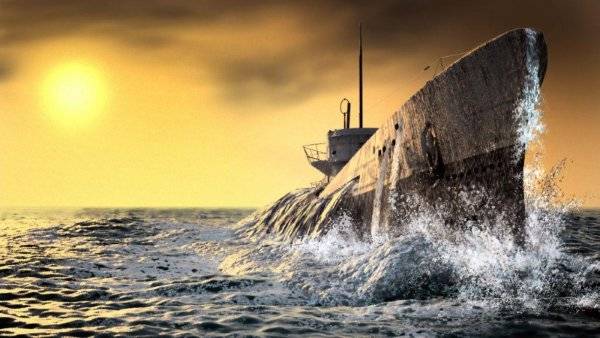 In April 1944, a large ocean-going U-859 submarine (type IXD2) sailed from Kiel, carrying a secret cargo (31 tons of mercury in metal flasks) and heading to Penang occupied by the Japanese. Less than an hour before its destination, after six months and 22 miles of travel, the U-000 was sunk by the British submarine HMS Trenchant. Of the 859 crew members, only 67 people were able to rise to the surface from a 20-meter depth.

Large amounts of mercury were transported in submarines as part of the German-Japanese agreements on the exchange of materials and technologies necessary for military operations. Some of these submarines reached their destinations, others were sunk in transit (like U-864) or surrendered with cargo on board at the end of the U-234 war.

Boats of type IXD2 possessed the largest in German navy cruising range. Autonomy was 23700 miles, at 12 knots, 57 miles at 4 knots under water. The maximum immersion depth is 230 m.

They were equipped with two powerful MAN supercharged diesel engines. Also installed are two additional diesel engines used for cruising in the freeboard position. To reduce the time of immersion, the superstructure in the bow was cut off. The U-859 was armed with six torpedo tubes (four on the bow and two at the stern), 24 torpedoes, one naval gun SK C / 32 10,5 cm, Flak M42 3,7 cm, and two 2 cm (C / 30 ) anti-aircraft guns. The U-859 was equipped with a snorkel. 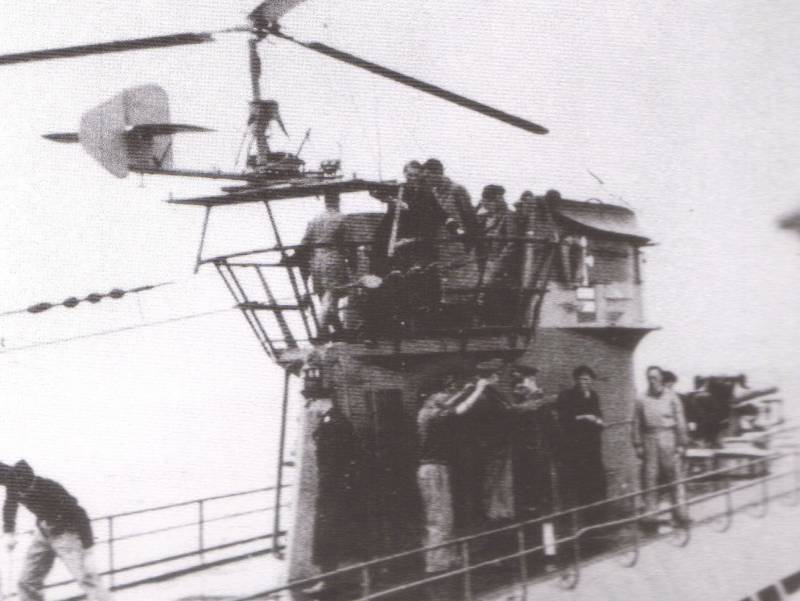 On April 4, 1944, the U-859 submarine, under the command of Lieutenant Commander Johann Jebsen, left Kiel, carrying 31 tons of mercury in metal flasks, as well as critical parts for radar installations and equally important technical information. After a short stop in the Norwegian Kristiansand, the boat continued sailing, passing between the Shetland Islands and Greenland, then leaving the Atlantic. Lieutenant Commander I. Jebsen also avoided shipping lanes during his stay in the North Atlantic. The boat remained under water 23 hours a day, moving under the snorkel, floating to the surface for only one hour at night.

Jebsen was a cautious and methodical person. He used the radio only for listening and did not report the location of the boat. He had strict instructions: the primary task was to secretly reach the destination of Penang and not to reveal himself in any way. Why, on April 26, Jebsen decided to attack the Panamanian cargo ship Colin, which was behind the SC-157 convoy as a result of a steering gear breakdown, one wonders.

Having sunk "Colin" with three torpedoes, U-859 continued its journey to the south. After two months, the submarine rounded the Cape of Good Hope and entered the Indian Ocean.

On April 5, U-859 was spotted and attacked by Lockheed Ventura (according to other sources, the attack plane was Catalina). And again, instead of diving, Jebsen decided that he could easily bring down a plane using the ones on board weapon.

- Flieralarm! He cried out, and the team took up their combat posts.

Both C / 30 anti-aircraft guns opened fire, but the 3,7-cm jammed. The plane flew over the submarine, shelling it with machine guns. Calculation Flak M42 tried to troubleshoot. The plane turned around and went on the attack again, shelling a submarine. Jebsen decided that he was no longer going to participate in this deadly contest, and ordered an emergency dive. When the U-859 slid under the water, five bombs fell nearby, shaking the boat. As a result of the attack, three crew members of the submarine were injured, one died, and the snorkel was seriously damaged. 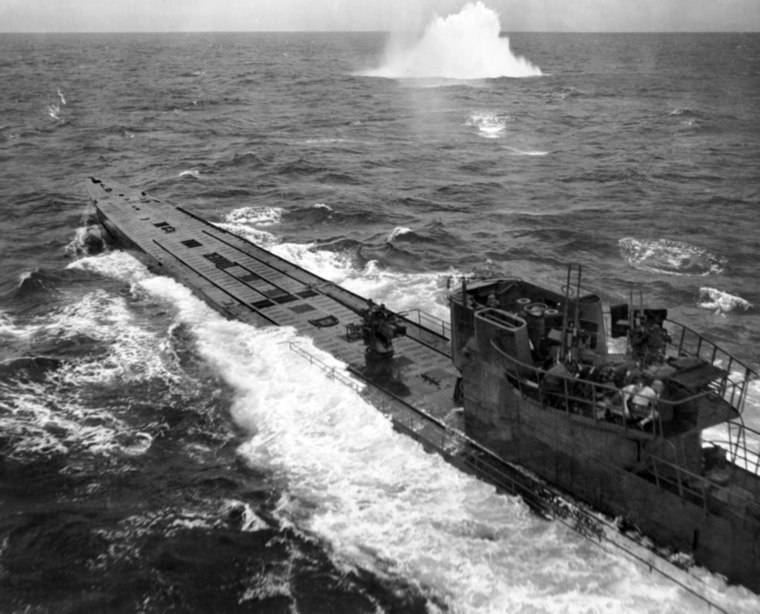 The second victim of the U-859 was the "silver" John Barry, a Liberty series vessel. There are several versions about how much silver this ship carried. One of them: in addition to the three million silver Saudi riyals minted in Philadelphia at the request of Saudi Arabia, there was a significant amount of silver bullion intended for the USSR on board, worth $ 26 million, equivalent to about 1500 tons of silver at 1944 prices. 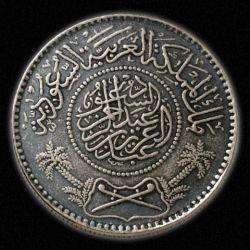 At sunset on 28 August, U-859 surfaced as usual to determine coordinates and recharge its batteries. The following approximate coordinates were established: 15 ° 10`N. and 55 ° 18`E. And then Lieutenant-Commander Jebsen was incredibly surprised and at the same time delighted: he saw an enemy merchant ship, not accompanied by an escort and sailing an irregular zigzag course in almost complete blackout mode. Three torpedoes, and "John Barry" sank with treasures to a depth of 2600 meters. 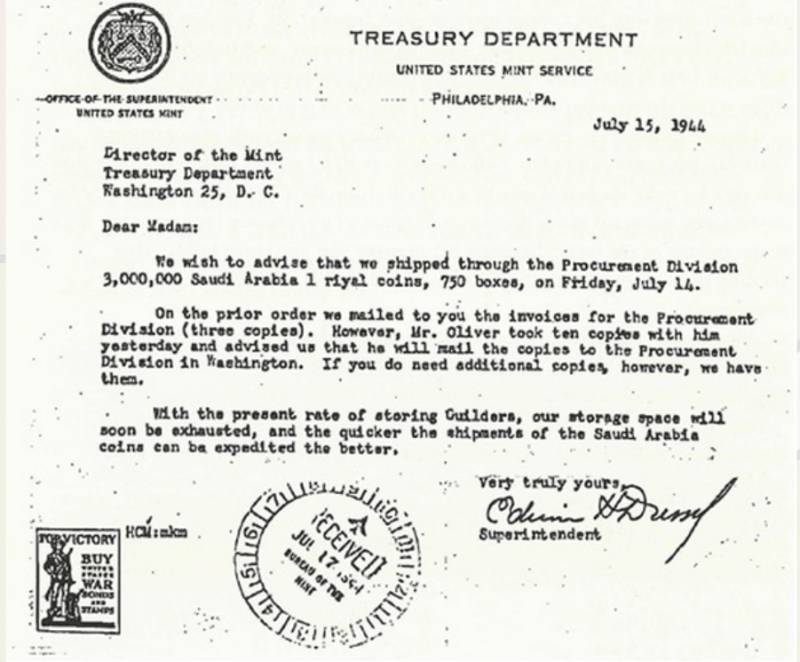 Three days later, another British ship, Troilus, with a load of tea, copra and coconut oil, was also sunk by U-859. 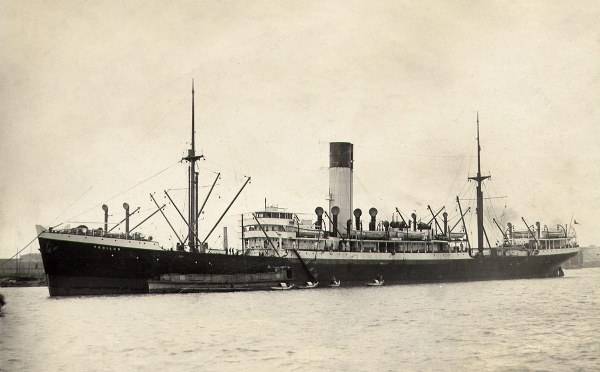 At dawn on September 23, 1944, U-859 rose halfway between the islands of Langkawi and Botong from the waters of the warm Indian Ocean. The submarine covered 22 nautical miles, of which 000 are under water. She was on the road for five months, two weeks and five days.

Jebsen got in touch with Penang and was informed that due to the worsening weather conditions he would have to go to the harbor without escort and without protection. U-859 was located 20 nautical miles northwest of Penang in the Strait of Malacca, moving along the surface at a speed of about 14 knots.

U-859 sank immediately, killing 47 people, including its commander.

Twenty crew members still managed to escape. Eleven of the survivors were picked up by HMS Trenchant immediately after flooding, the remaining nine were picked up by the Japanese after 24 hours of drift and delivered to shore.

(The most significant victory for HMS Trenchant was the sinking of the Japanese cruiser Asigara on June 8, 1945. It was the largest Japanese warship sunk by the Royal Navy during the war. Arthur Hezlett rose to the rank of vice admiral.)

In 1972, a total of 859 tons of mercury was picked up by commercial divers at the site of U-12 death and delivered to Singapore. Soon, representatives of the Malaysian Navy arrived at the site of the death of the submarine and banned further work.

The Supreme Court of Singapore ruled:

Subsequently, the wreckage of the boat was destroyed by explosives by the German diving team.

In November 1989, Shoemaker, Fiondella, and two Washington attorneys won the right to investigate the John Barry vessel. In 1994, after four years of testing, which was preceded by many years of painstaking archival research, one and a half million Saudi riyals weighing 17 tons were lifted from the site of the death of John Barry. 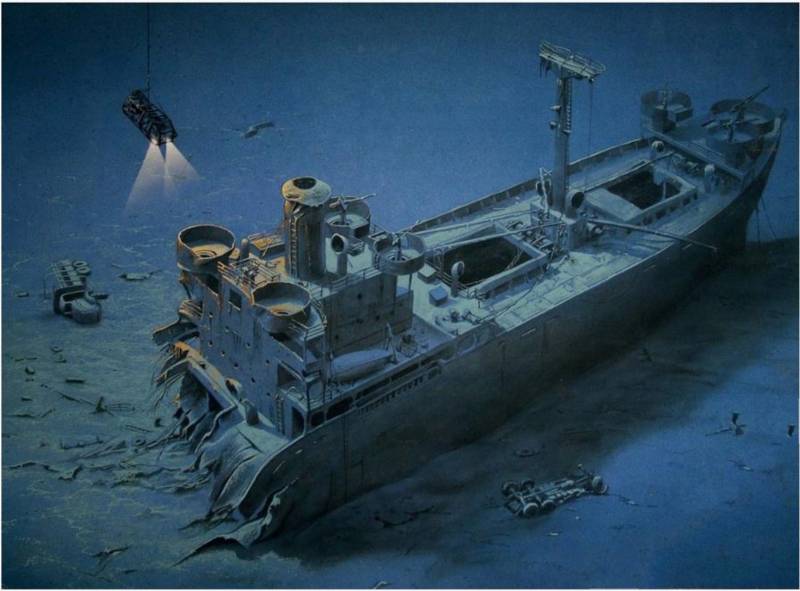 Based on materials: uboat.net, archive.aramcoworld.com, en.wikipedia.org.

Author:
bubalik
Articles from this series:
Operation Caesar. Beginning is the end