Operation Caesar. Beginning is the end

December 16 2018
28
The beginning of 1945. In the coastal waters of Norway, a British submarine pursued a German submarine. Both ships sank to a depth, and an unusual situation developed. Until now, no underwater attack of an enemy vessel, also located at depth, has been unsuccessful.


American, British and Canadian troops attacked in western Europe, in the east the Germans pushed the Red Army back, preparing to take East Prussia. To restrain the offensive, Hitler decided to use Grand Admiral Karl Dönitz and his submarines. Nazi Germany wanted to share experimental technologies with Wunderwaffe with Japan.

Germany and Japan are relatively small countries, besides, they were divided by the spheres of influence of the allies, vast territories. It was decided to use submarines. Between July 1944 and January 1945, six submarines delivered strategically important raw materials (tin, rubber or tungsten) from territories occupied by Japan to the Third Reich.

The German U-864 submarine transported one of the Wunderwaffe technologies. Spare parts and schemes for the assembly of Messerschmitt-163 "Comet" and Messerschmitt-262 "Lastochka" were loaded on board. Operations gave the code name "Caesar". Engineers from Messerschmitt also sailed from Germany, including the deputy head of the engineering department Rolf von Hlingensperg and Riklef Schomerus, chief aerodynamics expert for the company's newest jet aircraft department. And two Japanese experts: Toshio Nakai, a specialist in rocket fuel, and Tadao Yamato, an expert in acoustic homing torpedoes. The information needed for mass production ofweapons"They got first hand. Yamato spent four long years in Germany, and Nakai, a graduate of the prestigious Tokyo Imperial University, was one of the best civilian researchers of the Japanese Imperial fleet. The knowledge they gained abroad was vital to Japan’s military objectives and the island state’s reproduction of the technological wonders carried by submarine. Experts hoped that German technology in the hands of Japanese workers would turn the tide of the Pacific War in favor of Japan. 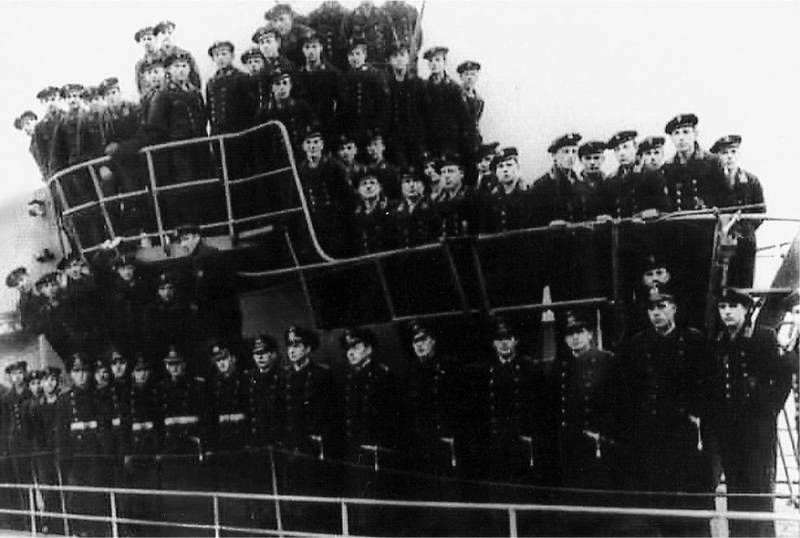 The U-864 is a highly autonomous submarine of type IX D2, capable of making long-distance trips. Her captain Ralph-Raymar Wolfram was relatively inexperienced and seemed like a curious choice as commander for such an important task. However, by the end of 1944, the losses of the German submarines were such that there were not enough experienced captains. The period that the German submariners called "happy time" when their wolf packs scoured the oceans with impunity ended. Their fleet suffered heavy losses. Now the hunters have become prey. 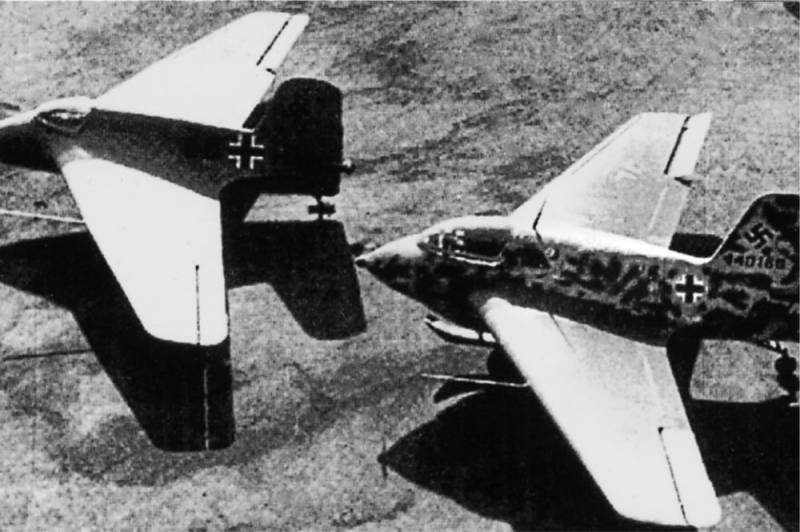 The crew of the U-864 had to make two stops before heading to distant Asia: a long stay at the naval base Karlyohansvern in the tiny Norwegian village of Horten, near Oslo, and then a one-day stop to receive additional supplies and refuel to the coast in Kristiansand. From there, she had to cross the equator in the South Atlantic, go around the Cape of Good Hope in the Indian Ocean, and then south from Madagascar to Penang in Malaysia - a distance of almost twelve thousand nautical miles. 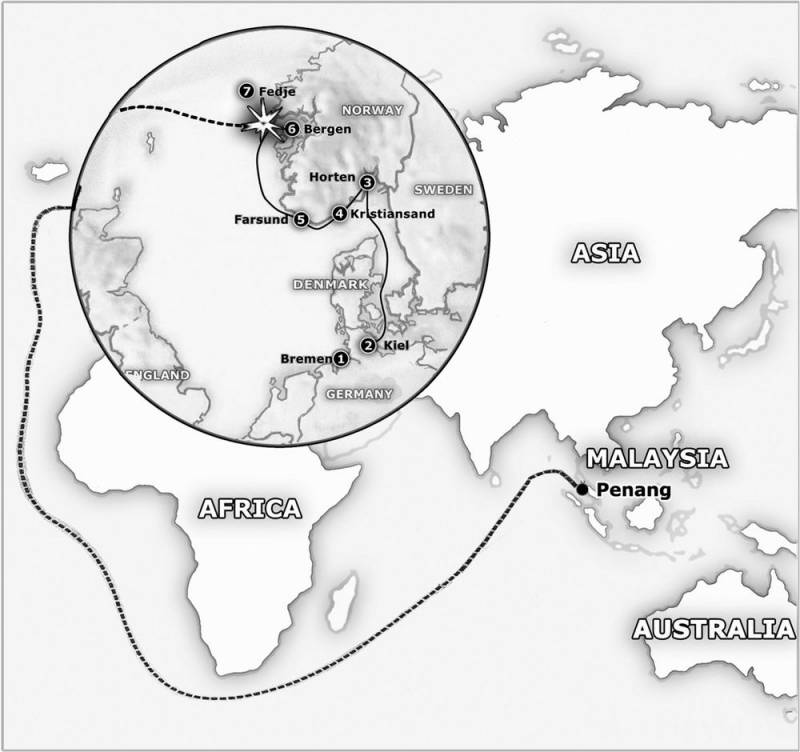 Underwater tests and certification of diving equipment installed in October 1944 of the year were carried out in Horten. Snorkel would allow her to take in fresh air for the crew and diesel engines, plunging to the depth of the periscope, and thereby overcome long distances unnoticed by the enemy. The Germans first learned about this device in the 1940 year, finding it on a captured Dutch submarine. But only at the end of the war, when advances in the Allied radar technology improved their skills in the long-range detection of submarines, Dönitz ordered to build snorkels into all new boats coming off the assembly line. U-864, commissioned before the order Dönitz, required modification. In Horten, Norway, U-864 spent most of December testing its scuba-diving and diving systems and to some extent the endurance of its crew through a series of repetitively difficult challenges.

Filling up fuel and supplies, U-864 left Kristiansand on December 29 to begin their journey eastward, plying on the surface with two patrol boats as an escort. Soon they parted, the submarine slipped into the periscope depth when it left the Skagerrak.

However, the U-864 did not go far from the coast. Some time later, Wolfram radioed: there was something wrong with the snorkel. The problem was considered serious, the operational command ordered him to go to Farsund, a tiny fishing village about fifty miles to the west of Kristiansand, just past the entrance to the strait. 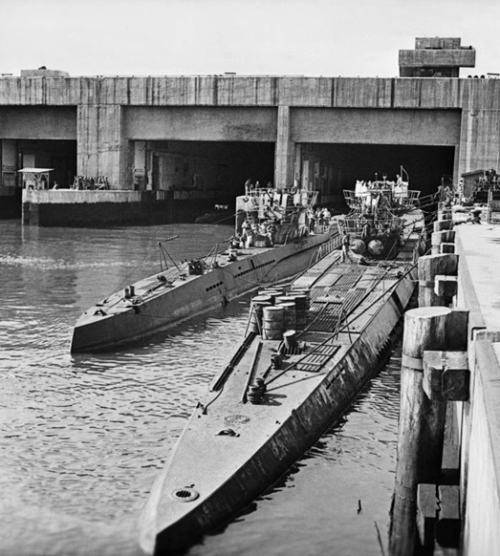 For Wolfram, problems suddenly worsened. No sooner had he ordered to turn slowly onto the port side, as the submarine found itself in shallow water and flew at the rocks. The uneven rocks of the Norwegian fjords could easily damage the hull of the ship. Wolfram misjudged the depth or shape of the strait. The fate of the operation "Caesar" and the submarine itself hung in the balance. Wolfram immediately ordered the crew to inspect the submarine, he was informed that there was no internal damage to the hull. The captain of the German submarine was lucky, in the keel of the U-864 carried dangerous cargo - 67 tons of mercury. This is an essential element for the production of weapons. Mercury is often used as a detonator. On board were 1857 vessels, each with two liters of mercury. One vessel weighed about 30 kg. The mercury load replaced most of the lead ballast. Engineers and mechanics in Farsund could not solve the problems associated with snorkel. 1 January 1945, the U-864, went from Farsund to a large Norwegian city in the north. Due to a snorkel breakdown, she was forced to move across the surface under a convoy and slowly moved forward.

The submarine attracted too much attention, although it performed a secret mission. British intelligence officials have already deciphered information intercepted from the Germans. They learned that Germany had sent the Wunderwaffe to Japan. The Allied Command ordered the liquidation of U-864 when the submarine was most vulnerable. 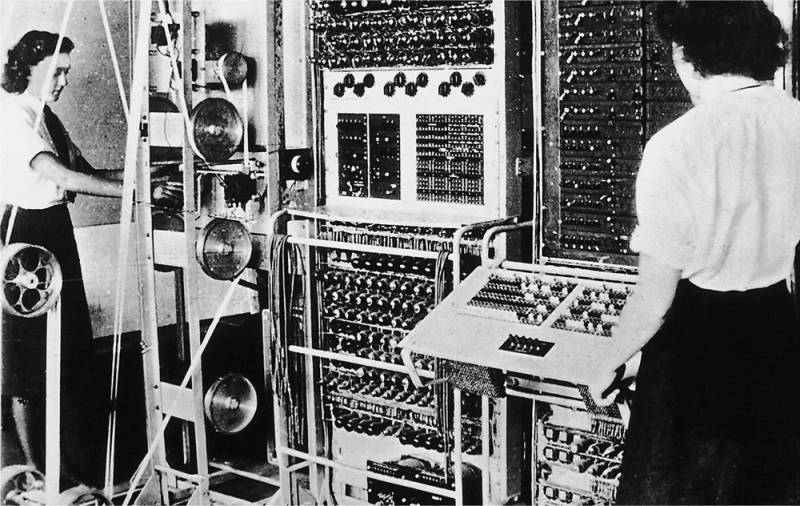 8 February 1945 German U-864 submarine under the command of Wolfram left Bergen after repair. Wolfram headed for the Shetland Islands: 160 km north of Scotland. But soon a problem arose: one of the engines of the submarine worked intermittently. Loud intermittent vibrations, a gradual decrease in engine performance and, over time, perhaps even complete breakdown. The disappointment aboard the submarine should have been palpable. Not only could the noise of the engine attract the attention of the enemy, but a breakdown in remote waters, far from any hope of help, would be catastrophic. Wolfram immediately contacted the command to report his position. He was ordered to dive in and expect an escort escort. 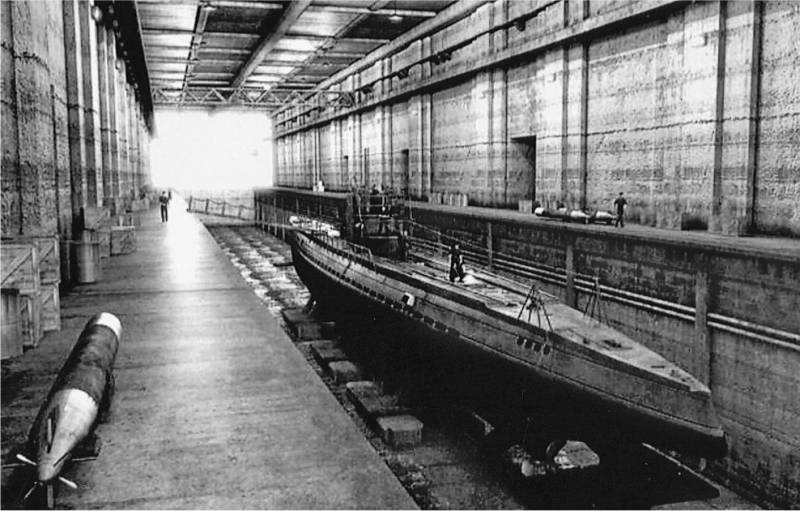 2 February 1945 The Venturer submarine under the command of 25-year-old Lieutenant James H. Londers left the submarine base Lerwick. The Venturer is a Class V submarine from a series of maneuverable, small-sized submarines developed by the Royal Navy for use in coastal waters; in size they did not reach even half the size of the U-864. Londers and his 36 team had combat experience - in November 1944 of the year they sank U-771 during their surface voyage in Andfjorde in Northern Norway. 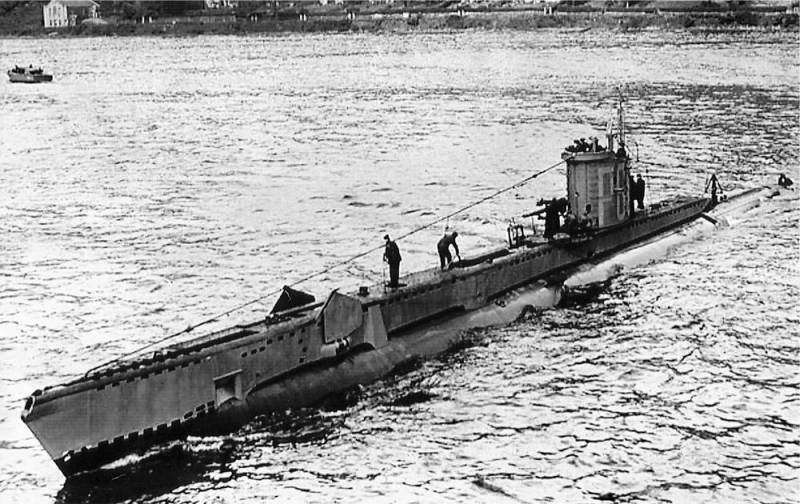 HMS Venturer under the command of Lieutenant James Stuart Londers

It was planned to carry out the operation near the southern port of Bergen. Patrolling these waters, it was possible to intercept the German ships when they returned to the base. When the Venturer reached the site, the crew received an encrypted message from headquarters. An order was issued to patrol the coastal waters off Fedier Island. Londers was ordered to step back to Fedier and was directly on the way to U-864.

On the morning of February 9 1945, the acoustics on the Venturer heard a faint noise. Around 10: 00 his first lieutenant in the periscope discovered a submarine at the moment when the commander of the U-864 was looking for his ships in the periscope to escort to the base. U-864 was moving under one diesel engine using snorkel. But there was not enough data to attack. In addition to bearing on the target, a distance was required, and preferably a course and speed. An unusually long period for the submarine followed the period of determining the elements of the movement of the target. Venturer went parallel and to the right. Both boats were in a situation for which the crews were not prepared. Londers expected U-864 to pop up and thus provide him with an easy target. But it became clear that the enemy is not going to emerge and is going, using a zigzag. According to indirect data (change of bearing depending on his own maneuvers) Londers gradually gained distance from the target and was able to estimate the speed and length of the zigzag's knees. For calculations, he used his own invention tool, essentially a specialized logarithmic scale of a circular type. After the war, both the tool and the method of launching the attack on bearings became the standard. The method later formed the basis of the algorithm for solving the 3-dimensional torpedo firing problem. From time to time both boats risked raising the periscope. Londers used this to refine the bearings. After a three-hour pursuit of the German submarine, Captain Venturer James Lauders decided to take a risk based on the movements of U-864. The risk was justified. Upon hearing the launch of the torpedoes, the U-864 team undertook evasive maneuvers, avoiding the first three torpedoes, but the fourth hit the target. The explosion broke the hull of the boat in half. All crew member 73 died; no one escaped. It was the first time that one submarine sank the other, while both were submerged. 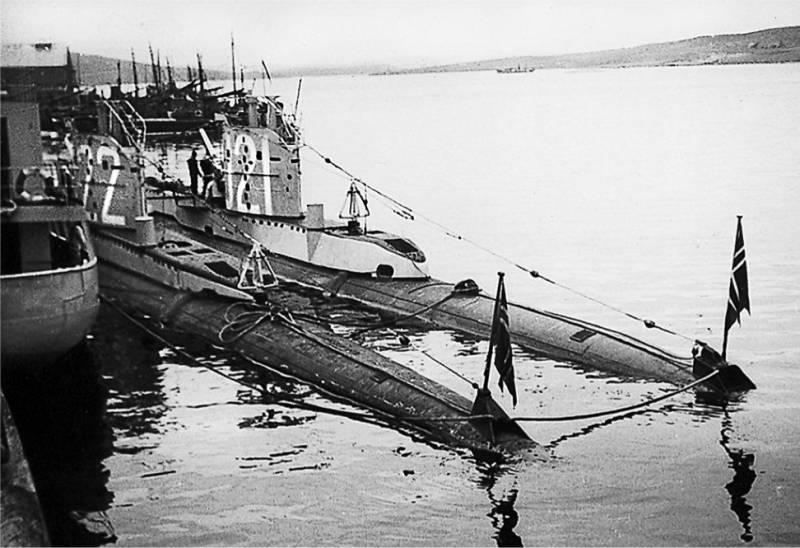 Lerwick. On the Shetland Islands.

In April, 1945, Admiral Karl Dönitz sent a second transport submarine to the Far East in roughly the same direction as the U-864. Type XB U-234 carried a lot of “Wunderwaffe” among 240 tons of cargo, as well as a dozen long-term passengers, including two Japanese naval engineers.

10 May U-234 surfaced, and the captain received the final order of Dönitz for surrender. Captain-Lieutenant Feler will obey the order and capitulate 17 May in front of a pair of American destroyers south of the Grand Banks. Shortly before the arrival of the American boarding group, Japanese engineers retired to their cabins and committed suicide.

When the Americans searched the submarine, half a ton of uranium oxide was found on board along with the rest of the cargo. The further fate and nature of the cargo is unknown to the present.

The Norwegian fleet discovered the shipwreck of a German U-864 submarine from World War II in March 2003. Since then, there have been debates, polls and political discussions about how best to deal with pollution from mercury cargo in a sunken submarine and the surrounding seabed. In 2014, the Norwegian Coastal Administration (NCA) conducted a survey of the sunken boat and presented a thorough study of measures to prevent mercury contamination. The survey showed that containers with mercury gradually corroded in seawater. Removal of debris and contaminated masses from the seabed near the wreck will spread pollution beyond the already affected area. The burial of the boat under the 12-meter layer of sand is the best and most environmentally friendly solution. 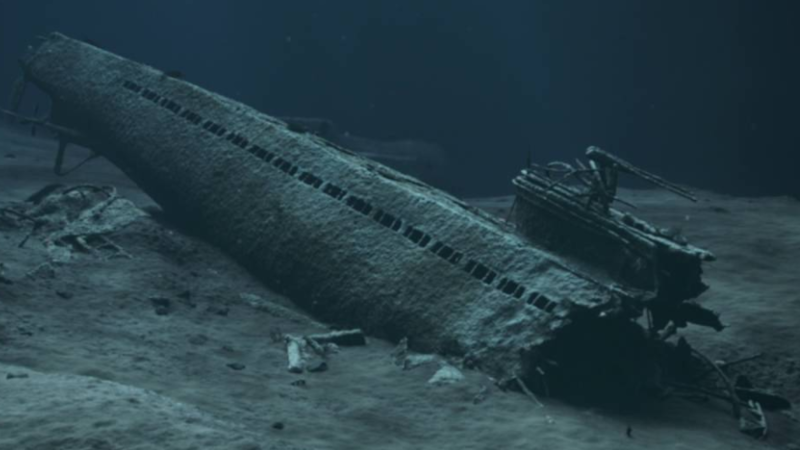 U-864 wreckage on the seabed

The Norwegian government decided on the basis of numerous reports and studies conducted by the NCA with the support of a wide range of experts who concluded that disposal is the best and most environmentally friendly solution for U-864. At 2019, the year 30 million NOK has been allocated for engineering, tender and general preparatory work. The capping is likely to be completed by the summer of 2020. 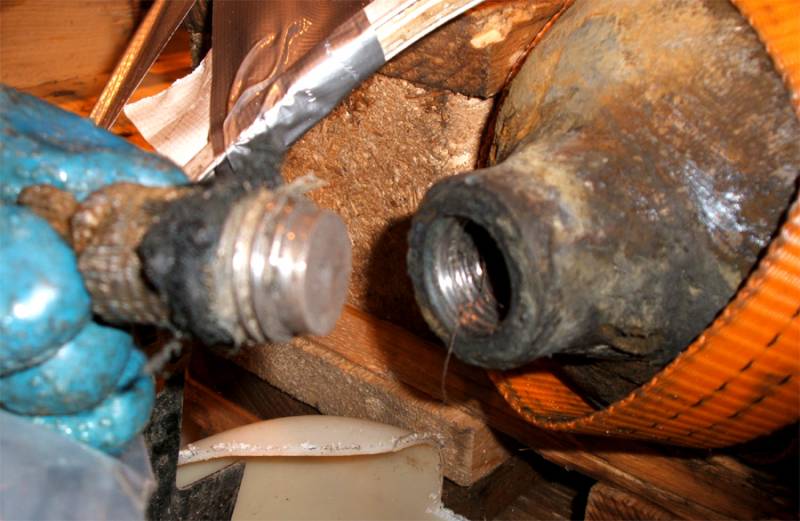