"Motor Sich" discord: how Ukraine has become an arena of confrontation between the US and China 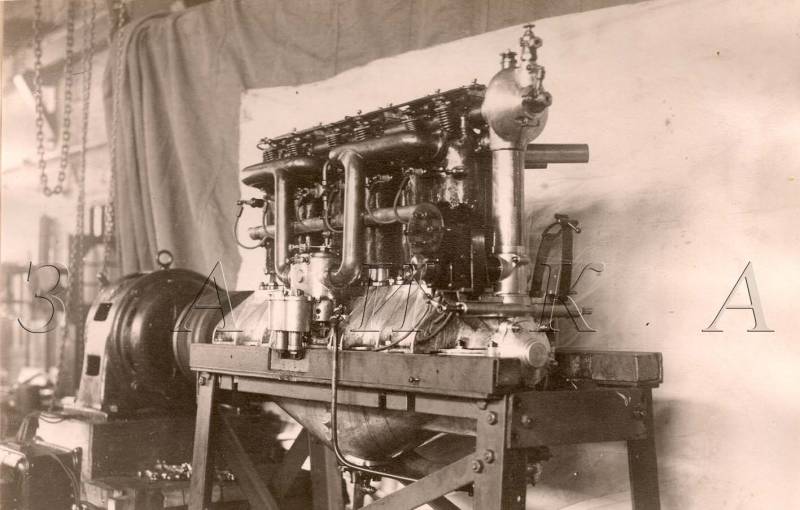 It is possible to relate differently to the USSR, but we must admit that the domestic aircraft industry was actually born in the Soviet years. Of course, the industry of the Russian Empire managed at the time to release 76 Ilya Muromets bombers, however, in general, it failed to provide airplanes of different classes during the First World Army. All the more surprising история Motor Sich, which dates back to the 1907 year. The company was founded in the city of Aleksandrovsk, Yekaterinoslav province (its center was Yekaterinoslav - the modern Dnieper). It was engaged in the execution of orders for the civilian market.

World War I forced to master new directions: in 1916, the company manufactured the first engine for aviation - a six-cylinder Deka M-100 with water cooling. This was the beginning of a long journey: it makes no sense to list how many types of engines were produced in the Soviet years. Among other things, the company produced numerous new aircraft and helicopter engines, auxiliary power plants, ground turbine engines and much more.

In 90, what happened was likely to happen in the face of new realities. You can search for the causes of stagnation indefinitely and name the names of the alleged perpetrators. But is it necessary? The aircraft industry itself is an incredibly expensive thing. Only countries that are very powerful from an economic point of view can pull it, and independent Ukraine was clearly not one of them. In fact, the aircraft industry and aircraft engine turned into a heavy "suitcase without a handle." Neither the change of power, nor even the war here changed anything, and could not change.

And in April 2018, the Security Service of Ukraine carried out searches in the company: stock trading on Ukrainian exchanges was frozen. Then the Ukrainian media began to write about the "raider seizure" and "sabotage". This, of course, did not pass without a trace. At the air show held in France's Le Bourget, Ukraine was presented only with a few mock-ups and a chalet, where small expositions of Antonov and Motor Sich were placed. 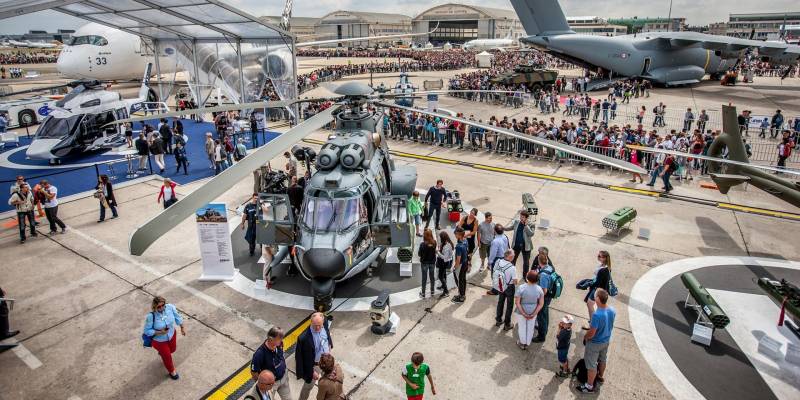 Between West and East

Everyone could safely forget about Motor Sich for several or more years: right up to new elections and the next loud political statements. However, now the enterprise has again made itself talk. The occasion is very unusual. In November, a number of large media outlets (in particular, Gazeta.Ru, in their article “The Battle for Engines: What the United States and China Share in Ukraine”) wrote that an international conflict, hidden in a veil of darkness, had flared up around Motor Sich. And not between anyone, but between China and the States!

Reason for all this has become the publication of The Wall Street Journal stating that someone Eric Prince, a private security contractor and unofficial adviser to US President Donald Trump, is in talks to buy Motor Sich. The current president of Ukraine, Vladimir Zelensky, commented on the rumors with restraint. “All I know about this is the thesis that you just said. I also read about it, and I read it at night. I haven’t met anyone, I haven’t spoken to anyone. But this "personal question" should be connected with the president of Ukraine, because Motor Sich is a strategic enterprise. I can’t add anything to this so far, ”said the head of the Ukrainian state.

Recall that earlier, in September 2019, it became known that Chinese companies Skyrizon Aircraft and Xinwei Group acquired more than 50% of Motor Sich shares. At the same time, the Chinese are ready to provide grants in the amount of 100 million dollars to Ukrainian aircraft industry.

I must say, journalists have an original idea of ​​engine building. “A serious struggle for the plant is associated with unique Motor Sich developments, which none of the parties to the trade dispute has,” the newspaper writes. This, of course, is an incredible exaggeration. Yes, Motor Sich produces the D-436 engine, or rather, the family of aircraft gas turbine engines. And they are used, for example, on the Ukrainian An-148, An-158, An-178 aircraft, as well as the Russian Be-200 amphibian. However, D-436 was developed back in the 80: now is a new time and new engines. Billions of dollars are spent on their development in leading countries of the world, without which it is impossible to win the competition for the market, in principle. The Ukrainian aircraft industry does not have that kind of money. 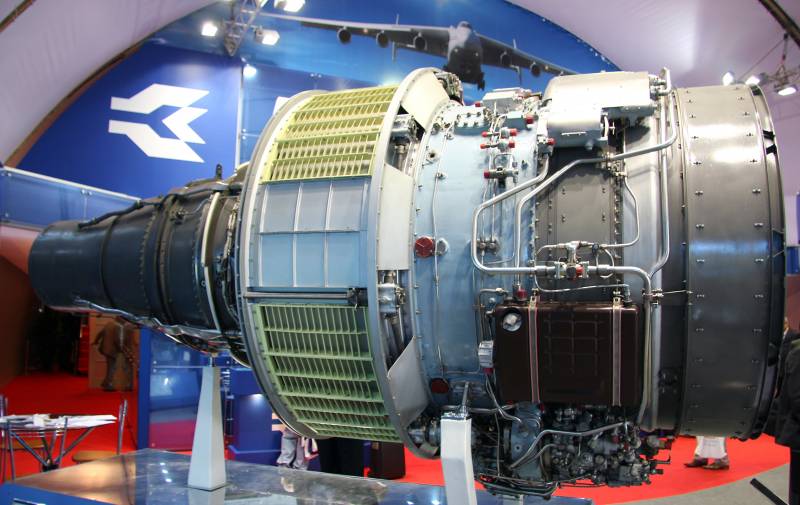 Moreover, the fact that Ukrainian engines are not the best in the world has been clear for a long time. Back in 2011, it became known that Antonov’s partner, the Russian leasing company Ilyushin Finance Co., proposed an aircraft concern to remotorize An-148, choosing D-436-148 PW1200G manufactured by American Pratt & Whitney as an alternative. The Russians calculated that using PW1200G it would be possible to reduce aircraft fuel consumption by 14%, and the cost of maintaining airworthiness by 20%.

In general, you need to understand that even in the best Soviet years, domestic engines were inferior to the best Western models: both in terms of fuel consumption and resource. Russia wants to change the situation now with its new PD-14. Will it work out is another question.

I have to choose

It is noteworthy that the Newspaper, speaking about the “uniqueness” of the Motor Sich engines, itself gives a more modest assessment in the material. “Those technological solutions in the segment that Ukrainians are ready to offer, the Americans have almost everything. But the purchase of the plant by the Chinese will mean the military and technological strengthening of China in the region, which is extremely disadvantageous for the USA, ”says Roman Gusarov, editor-in-chief of the Avia.ru portal. Recall that China is still experiencing difficulties with its own aircraft engines: and this applies to both civilian and military aircraft. In the latter case, the situation could be positively affected by the supply of a small batch of Russian Su-35С equipped with relatively modern AL-41Ф1С. Even if the copying process was successful, it is only a local success.

Another expert agrees with Roman Gusarov - aviation columnist Dmitry Drozdenko. Noting, for its part, that China is a more profitable partner for the Ukrainians than the United States. “Motor Sich has been working with Beijing for ten years. Therefore, even if they decide to sell the plant, they will make a deal with the Chinese. This guarantees the plant at least continued work at the same level. The fact is that the Americans, having received all the technologies, will either close it or reduce its activity to the level of a local plant. After all, why should the US artificially create competition for itself in the industry? And at Motor Sich, they are well aware of these risks, ”says Drozdenko. 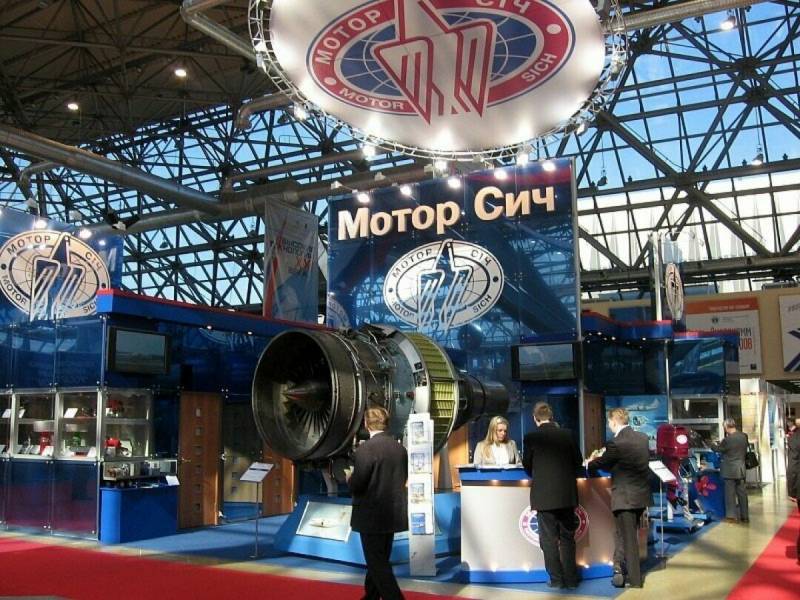 The Americans, however, have a trump card up their sleeve: as a "strategic partner," they can put pressure on Ukraine or, on their part, promise some military preferences. For example, the supply of additional FGM-148 Javelin or other complexes relatively modern by Ukrainian standards. Anyone can benefit from this, except for Motor Sich itself.

We are in Yandex Zen
Situational analysis of the death of the MH17 flight (Malaysian Boeing 777), made on the basis of engineering analysis from 15.08.2014
Results of the week. "God forbid to see Russian revolt, senseless and merciless!"
Military Reviewin Yandex News
Read Military Reviewin Google News
Loading ...
34 comments
Information
Dear reader, to leave comments on the publication, you must to register.