August 28 2019
14
On Tuesday, as part of the work of the Russian International Aviation and Space Salon MAKS-2019 in Zhukovsky near Moscow, the Chinese pavilion opened its doors to visitors. Beijing is going to present at the exhibition weapon, aircraft and equipment of 20 companies, including laser air defense and a jointly developed aircraft with Russia. 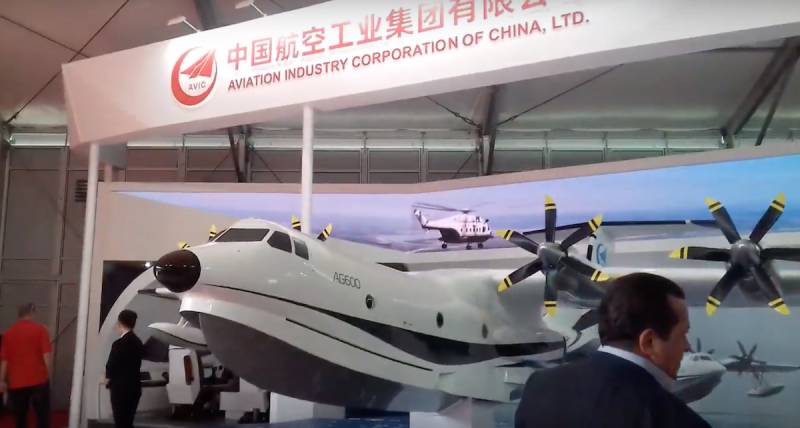 Amid US pressure on the Russian Federation and China, cooperation between Moscow and Beijing is developing. For the first time, China acts as a partner country of the MAKS air show. Previously, Beijing has already participated in the Russian air show, but in a lower status. Compared to previous years, China sent more companies and exhibits to the exhibition, reserving about 3000 square meters of exhibition space.

Before the opening of the Chinese pavilion on Tuesday morning, a crowd of visitors gathered in front of him, eager to see what the Chinese manufacturers would exhibit.

The main exhibit presented by China, according to the Global Times, is the large amphibian amphibian AG600 of AVIC (Aviation Industry Corporation of China): the machine is exhibited for the first time abroad. Also part of the Chinese exposition were the JF-17 fighter, developed jointly by Beijing and Islamabad, and the Wing Loong-2 series drones (Ilun-2).

AVIC believes that MAKS, the largest air show in the Commonwealth of Independent States, has significant regional and international influence. According to the Global Times, Aviation Industry Corporation of China sees the showroom as a win-win event, allowing the company to expand its ties with the global aviation industry and contributing to the deepening of Sino-Russian aviation cooperation. This is stated in the official statement of the company. 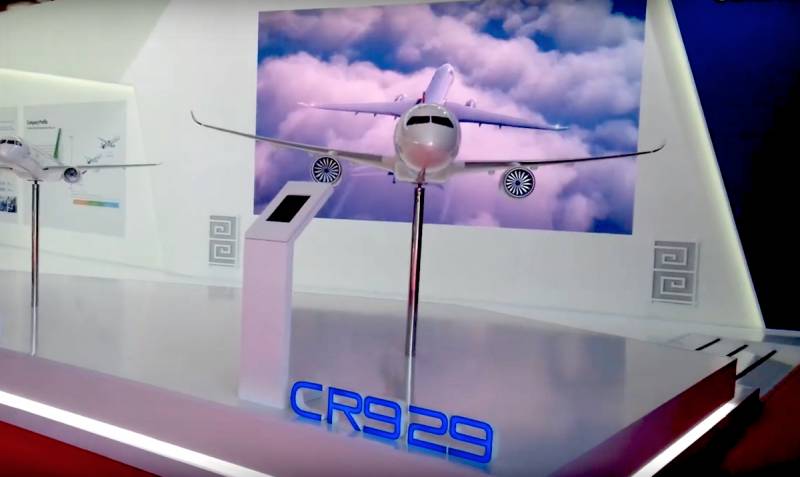 China Commercial Aircraft Corporation (COMAC) introduced the C919 and CR929 passenger aircraft. The last of them, a wide-body airliner designed for 200-300 people, is being developed jointly with the Russian United Aircraft Corporation. The company brought to the exhibition a full-scale model of one of the CR929 modules.

An agreement on joint development of the CR929 liner was signed in 2014 during the visit of Russian President Vladimir Putin to China. The total development cost is estimated at 13-20 billion US dollars. The partners plan to receive their first orders in the 2019 year, and the plane will leave for the first flight no later than the 2022 year. Serial production is planned for the 2026-2027 years.

The 30 kW complex consists of a vehicle with radar control and communications, a machine with a combat laser, and a machine with auxiliary equipment. The laser can be used to destroy optical-electronic means of pointing high-precision weapons, unmanned aerial vehicles, guided missiles and other air targets.