December 14 2018
21
Plans for the destruction of the USSR, and then of Russia, as well as of other potentially dangerous states for the USA, were adopted and operated without a statute of limitations. A lot has been written about them both in print and online sources, but for many years the Russian leadership, after those who took power in the USSR after Stalin, continue to demonstrate their political tolerance and truly amazing "pragmatism." They prefer never, we repeat, never, no matter how tense our relations, not to remind the United States of the perpetual American law "On the enslaved nations."


For those who have no idea about him, and such in Russia, alas, the majority, we recall that it has been in effect since the fall of 1958 of the year, moreover, initially based on the corresponding August (the same 1958 of the year) resolution of the US Congress. A year later, on July 17 1959, this resolution received the status of a law signed by President Dwight Eisenhower that day (Public Law 86-90: "Captive Nations Resolution-1959"). Note that this happened just two months before the visit of the Soviet leader Nikita Khrushchev to the United States. 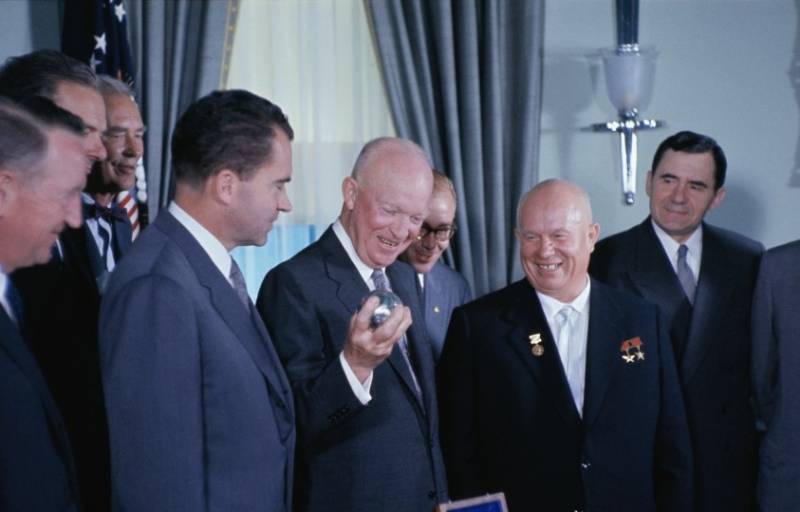 Familiar faces all - to the right of Eisenhower the future president Richard Nixon, to the left of Khrushchev the "eternal" Soviet Foreign Minister Andrei Gromyko

But this visit was not only not canceled by Moscow: Khrushchev did not say a word during the visit about the subversive nature of the aforementioned law ... This document, we emphasize, is still in effect - even after the collapse of the USSR, and Washington’s diverse support is provided to Washington , extremist, anti-Soviet and Russophobic organizations not only in Russia, but also in other countries of the now former USSR. And not only the USSR, in the countries of the former socialist camp the situation is not much better.

In essence, the ultimate goal of this seemingly outdated document in the current realities is the dismemberment of Russia regardless of the political and ideological regime in the country. Therefore, this law was by no means repealed even after August 1991 and October 1993. We repeat, it directly concerns not only the ex-USSR.

These are: "... to nations and nationalities that lost their national independence due to imperialist policies, direct and indirect aggression of communist Russia" were previously (before 1991, inclusive, hereinafter referred to): "all Soviet Union republics, as well as Poland, Hungary, Czechoslovakia, and the GDR , Bulgaria, Romania, Albania, Mongolia. As well as the PRC, Chinese Tibet with Inner Mongolia, North Korea and North Vietnam (United Vietnam - with 1976). And all of them are still in this very original “enslaved” list.

It is very characteristic that in that list there was no socialist Yugoslavia that called itself (first the people's democratic NDRU, then the socialist federative Yugoslavia), the successor of the united Kingdom of the CXC - the Serbs, Croats and Slovenes. Yugoslavia, under the leadership of the most "outstanding", as he called himself, the fighter against fascism of Marshal Josip Broz Tito, as is known, had a very special relationship with the United States. First of all, due to the fact that she did not take part either in the Warsaw Pact or in the CMEA, and at the same time she opposed the USSR on many foreign policy issues. 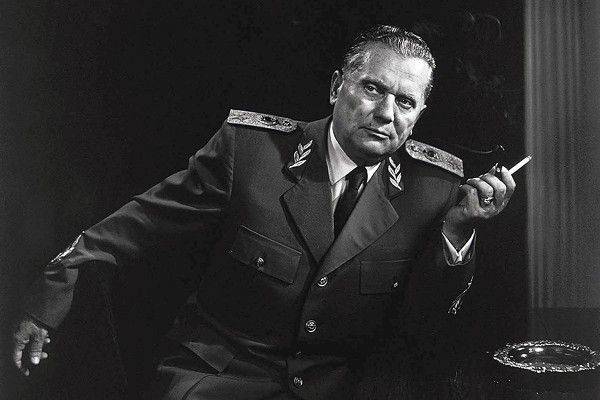 Suffice it to recall in this regard about the indefinite US-Yugoslav agreement "On mutual security" 1951 of the year, or the so-called "Balkan Pact", which operated from 1953 to 1985 year (1). The Balkan Pact was initiated by Marshal Tito and US President Harry Truman, and in this pact, along with Yugoslavia, NATO members Greece and Turkey participated. It is no less characteristic that very soon after the collapse of the USSR, united Yugoslavia went under dismemberment: it was simply unnecessary for the Americans ... And American bombs rained down on Belgrade, where they once literally worshiped overseas allies.

However, the above mentioned "enslaved" peoples of the American registry is by no means exhausted. In the list, everything looks like certain constants from the distant past - but today they are a kind of promising “states” that still appear in the document. So, also according to the list: “White Ruthenia” (Belarus) (2), Idel-Ural (Russian national autonomies of the Volga region and the Urals), Cossacks - Mountain Confederation (Central European Black Earth Region of the RSFSR, Rostov Region, Krasnodar Territory, Stavropol Region, national autonomies of the North Caucasus), Turkestan ( Kazakhstan, the whole of Central Asia, as well as attention - the Xinjiang Uygur Autonomous Region of China).

In 1963, this list was supplemented by Cuba, in 2008-2009, by Iran, Libya, Syria and Sudan. Although what does the "Russian-Soviet aggression", which was not remotely in relation to these countries? But it is significant that, for some reason, the registry was not supplemented, for example, by the Polpot Kampuchea, although the cannibal nature of this regime has always been condemned by the American press. However, this is not surprising, since the Polpotovans who declared war on Vietnam in 1978 and lost it in 1979, received American weapon and commercial loans through the PRC and Thailand until the middle of the 1980-s.

Just do not think that in relation to this truly unique legal act, today everyone is silent. Not at all. So, unlike the Soviet and Russian leaders, the Congress of Russian Americans (CRA) already from the beginning of the 60-s of the last century periodically, or rather with enviable consistency, initiates the repeal or at least a change in the text of the law on enslaved nations. The fact that by this law the Russian people are in fact recognized as the enslaver of other nations, the Russian-language press in the USA and Canada regularly writes with indignation. However, all in vain. And at the same time about these requests, initiatives, and even more so, about publications - almost no word in the central Soviet and Russian media ...

Now it has become known, but few people remember that even when the USSR existed, the authorities of the PRC, Albania, the DPRK, Vietnam, the GDR, Romania, Cuba, the Islamic Republic of Iran, the Libyan Jamahiriya repeatedly suggested Moscow to abolish this law through the Security Council or UN General Assembly. They promised full support and voices, but for some reason the Soviet leadership steadfastly ignored these proposals. For decades, representatives of the PRC and Albania from the United Nations have repeatedly accused Moscow of actually condoning US policies to destroy the USSR and other socialist countries. In response, the Soviet representatives always pointedly left their box ...

Meanwhile, in the USA, in accordance with the same law, the “Week of the enslaved peoples” is held annually. And this is a whole complex of annual anti-Soviet and then Russophobic events. The “week” was first organized in the USA on June 1953 in June, shortly after the removal of Stalin (for more details, see "Military Review"), then in June 1957 of the year (shortly after the famous events in Hungary) and 1959. And with the 1960 of the year, the Week is held annually - in the second half of July. 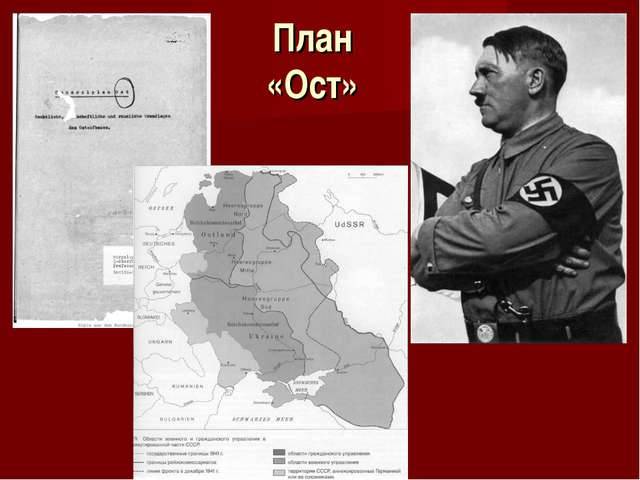 An unbiased look will immediately point out that the combination of the same law with the well-known Ost plan of Hitler’s Minister for Eastern Territories Alfred Rosenberg of sample 1941 of the year is quite obvious. The full title of this ideological addition to the Barbarossa plan is “On civilian government in the occupied eastern regions”, and it is there that one can immediately find such geographical delights as “White Ruthenia”, “Idel-Ural”, “Cossacks - Mountain Confederation” and Turkestan. Such names, as the newly-formed post-Soviet protectorate countries of Germany or together Germany and Turkey, are designated in that German plan. And then - already in US federal law.

Simply put, the plans of the National Socialists in a timely manner safely "migrated" to the CIA and similar structures of the United States. Moreover, they became almost the main indefinite task of Washington’s policy with respect to not only the USSR, and then Russia, but also many other countries. China, DPRK, Vietnam, Cuba, Iran, Syria still demand the repeal of that law. So is it time for Russia to raise the question of the abolition of such a subversive American document?

Notes
1. The Balkan Pact was not officially dissolved: since 1985, simultaneously with the start of Gorbachev's perestroika, only specific measures of this pact have ceased.
2. This refers to Belarus with the inclusion of the Smolensk region, as well as adjacent areas of the Pskov and Bryansk regions.