American "strategists" B-52H "visited" the Mediterranean and the Arctic

20 September 2018
8
US strategic bomber B-52H, capable of carrying nuclear weapon, conducted a long flight in the airspace over the Mediterranean Sea, follows from the monitoring data of the western aviation resources. 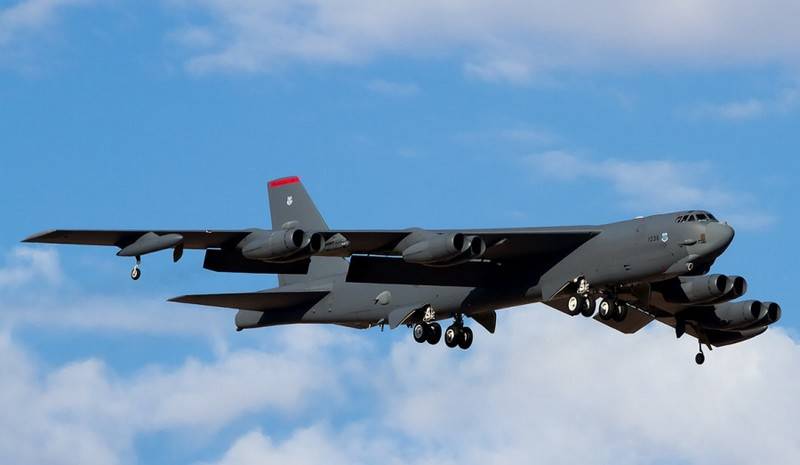 According to published data, the US Air Force bomber flew from the British Fairford airbase and made a nine-hour non-stop flight over the Mediterranean Sea, while there is no official information about the tasks performed by the bomber, he could perform the task in both the western and eastern Mediterranean.

On Saturday, another US Air Force strategic bomber B-52H flew around the coast of the Murmansk region, as well as the Arctic archipelagoes Novaya Zemlya and Franz Josef Land. In addition, he flew in the area of ​​Alexandra Land Island, where the new Russian air base "Arctic Trefoil" is located. Violations of the Russian border is not fixed.

In early September, two US Air Force B-52H strategic bombers were redeployed from Barksdale Louisiana to the British Fairford airbase. According to the US Air Force Command, the transfer was carried out for the participation of the "Strategists" in the multinational Ample Strike 2018 military exercises in the Czech Republic.