Stripping the "idlibian viper." The fleet is on guard, but is that enough?

6 September 2018
32
The world is again on the verge of conflict, which, under certain circumstances, can serve as a fuse for world war. And the scene is the same as six months ago, when the Americans and their allies (Great Britain and France) launched a missile attack on Syria. Only this time is still more serious ...


Units of the Syrian army, according to rumors, are already fully prepared for a military operation in the province of Idlib, still controlled by the militants and partially by Turkey. And even though there are many militants there, the experience of the recent successful operations of the Syrian army in the south and in the center of the country shows that they have little chance of resisting the stronger and more motivated government army supported by the Russian Aerospace Forces and Iranian "volunteer" formations they can't. 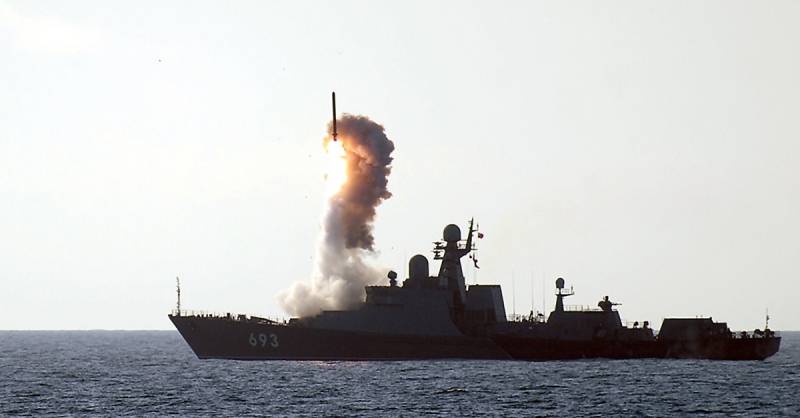 At the same time, Idlib is the last major stronghold of the “opposition” forces Bashar Assad. In the event of his loss, it will be possible to talk about the transition of the Syrian conflict to a fundamentally different stage - a full-fledged war will end, the threat of the disintegration of Syria is over, and a significant part of the released forces and means can be directed to restoring the country and normalizing the humanitarian situation.

Yes, there will still be the Kurdish sector. But the Kurds, in general, were never such ardent antagonists of official Damascus - rather, they took up weapon out of necessity, defending himself not so much from government forces as from militants of the ISIL banned in Russia. The rather close cooperation of the Kurds with the Americans complicates the prospects for bilateral negotiations, but it does not make them impossible in principle - the Kurds are likely to be happy to gain some kind of autonomy within the framework of a united Syria and finally calmly heal on their lands.

This development of the situation is clearly contrary to the interests of the United States and its satellites. And they certainly will not miss the chance to stop the Syrian army offensive in Idlib. Moreover, there is a well-developed scheme for this with the organization of a provocation with the alleged use of chemical weapons by the Syrian army and the subsequent rocket attack of the forces of the Western coalition against Syrian troops and military facilities.

Preparations for the implementation of this scenario are in full swing: according to the Russian military, the militants are already ready for a provocation. Moreover, according to reports from Syria, militants are suspected of abducting children, who can be used as a target for provocation. This time there will be no “Khasanov boys” speaking in the OPCW with the accusations of the “White Helmets” - if the information of the Syrians is correct, all the boys and girls in the video of this “human rights” organization will be dead.

And for the power of provocation, the Americans in the eastern Mediterranean powerful naval fist. The aircraft carrier "Harry Truman" returned there, carrying about ninety combat aircraft and helicopters, accompanied by its unchanging retinue, in which there is also a Ticonderoga type cruiser, and the destroyers Arly Burk, and submarines armed with Tomahawk cruise missiles .

“Quite by accident, just by coincidence”, on Saturday in the Mediterranean, joint maneuvers of the Russian Navy and the Russian Space Forces began. The maneuvers involved 26 ships collected from the Northern, Baltic, Black Sea fleets, and 34 aircraft. The flagship of the squadron is the Marshal Ustinov missile cruiser, and among the main combat units frigates of the “Admiral” series of the 11356 Pr series “Admiral Grigorovich”, “Admiral Makarov” and “Admiral Essen” can be mentioned.

With regard to the naval part of the maneuvers, it can be said for sure - this is the most powerful grouping of the Russian Navy, which has gathered in recent years outside the Russian water area itself. And the very fact of their “sudden” gathering in one place and at the same time is quite eloquent, since the plan for the trips of ships is drawn up long before their actual departure to the sea. That is, by doing so we get grounds to say that the whole operation against the so-called idlib gadyushnik is planned in nature and is unlikely to be postponed due to anyone's threats.

And the threats have already been received. And from the President of the United States, Donald Trump. He, on his Twitter account, warned Russia against a "serious humanitarian error in Syria." And this is also a direct evidence that someone in Syria is preparing a major provocation in the humanitarian sphere. And it also convinces us that even the top leadership of the United States knows about the upcoming provocation.

Do not fall behind and the American media. CNN reported on Saturday that American military experts had already made a list of targets for which an American strike would be dealt in case of (attention!) Damascus chemical weapons. That is, military experts, to whom CNN refers, also have no special doubts that Damascus will use chemical weapons. And where does such confidence come from? Oh yeah, they themselves organize all this ...

The question of whether our ships are now enough off the coast of Syria to repel a missile strike by the Americans and their allies is not at all simple. And here we must understand two things.

With all the tensions of Russian-American relations, hardly anyone in the Kremlin wants to start a real war with the United States. Therefore, let us immediately discard the arguments about the shock potential of our group in the eastern Mediterranean. He certainly is, but ...

In addition, we must understand that the interception of air targets in international airspace can lead to an undesirable error, comparable to the destruction of the Malaysian "Boeing" over the Donbas. Of course, the zone of military exercises can be closed. But it is unlikely that this will be done for a long time - the region is quite lively, and Lebanon and Israel simply cannot be left without air traffic.

Air defense forces receive complete freedom only in the airspace of Syria. And while repelling the April rocket attack, this turned out to be almost enough - presumably, 103% were intercepted from 69 missiles launched by the American coalition forces against Syrian targets. Moreover, the strikes on the most significant military objects like air bases and military airfields were almost completely repelled (some of the objects were slightly damaged).

However, with a rather high degree of probability, it can be assumed that the Americans also drew conclusions from those events, and the new blow would be immeasurably more powerful.

In this case, it will not be possible to manage only with Syrian air defense systems, and ours the fleetas well as VKS fighters and air defense and electronic warfare systems deployed in Syria, will have to begin to perform some real combat missions. The Shtil-1 air defense systems, which are at the disposal of the Admiral's series frigates, and the S-300F Fort, which Marshal Ustinov is armed with, are quite capable of handling Tomahawk-type missiles and closing one of the alleged strike directions.

In addition, the radar systems available on ships can be used to detect and classify air targets with further guidance of fighters from the Hmeimim base on them. Also, information from the ships will be transmitted to ground command centers and the calculations of the air defense system, which will allow the latter to better navigate the environment and be ready for the appearance of "guests" in a certain period of time.

However, one should not rely too much on the capabilities of the fleet. It is obvious that the Americans will prefer to attack from different directions - including from the Persian Gulf, through the territory of Saudi Arabia and Jordan. In addition, there is information about the possible use by the Americans of operational-tactical ballistic missiles, including from the northern direction, from the zone controlled by the Kurds. These directions are not controlled in any way by the forces of the fleet, which means that it will be possible to rely only on air defense systems and fighter Aviation Air defense.

But no matter how hard we try, everything will not work out. The real answer to the question of how the situation will develop in Syria, we will probably receive in the coming days. Moreover, the Russian VKS has already dealt its first blow.

And this means, among other things, that the Russian General Staff and the highest political leadership of the country, who have a little more reliable information in their hands, are confident in their abilities. Let us hope that they really calculated everything.

And we wish good luck to our military. It does not hurt them in any way.