NATO scenario of massed air strike: point of no return

April 21 2018
72
Today, military experts from different countries are actively discussing the topics of cyberspace and hybrid wars. It would seem that the traditional methods of warfare are fading. But it is not.


The growing popularity of "soft power" does not prevent NATO from practicing the tactics of an MRAU, a massive rocket-air strike, in exercises. This is what the alliance will do for the next two weeks. Let's talk about how and where it will happen and why the alliance needs it. 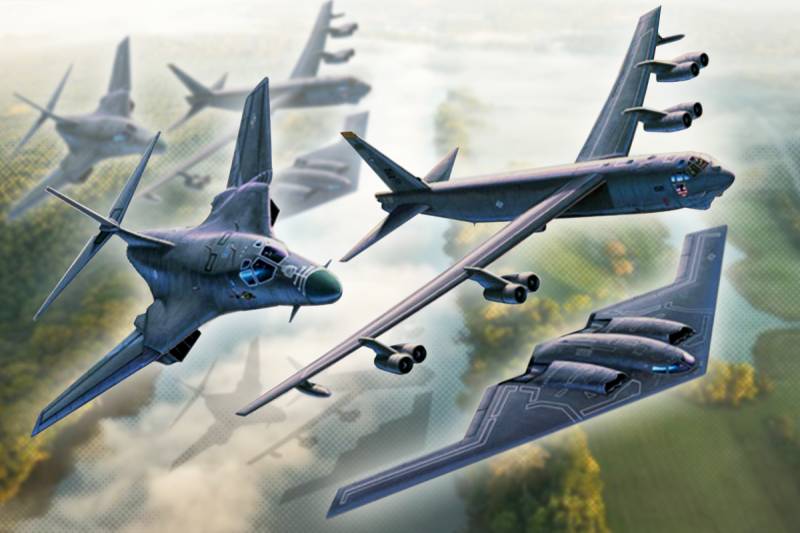 What is MRAU and who participates in it

Without resorting to definitions from military encyclopedic dictionaries, I explain that a massive missileaviation a strike is when several hundred or even thousands of missiles hit the enemy in a short time.

The attacking side inflicts several such blows at the very beginning of hostilities. The goal is the destruction of the most important enemy objects: airfields, nuclear attack means, radar detection, control and communications points.

The tactics of the MRAU, adopted in NATO, imply the location of the forces and assets involved in several echelons.

Rocket train. The very first in the strike. Designed to maximize damage to the enemy in the first minutes of the attack 30.

For example, on the Baltic side, NATO can use different types of missiles in the echelon up to 75.

Air defense suppression train. Next after rocket. Designed for fire and electronic destruction of enemy fighter aircraft and its anti-aircraft defense.

The composition of the echelon is more complicated than the previous one and consists of four separate groups: clearance of the airspace, radio-electronic jamming, air defense fire suppression groups and cover fighters.

In NATO, the echelon is based on the F-15, -16, -18, EF2000 Typhoon, EA-6B Prowler aircraft, as well as a number of civilian aircraft equipped with radio-electronic suppression complexes (REB). Together with tactical aviation, the alliance can use the military: helicopters UH-60 Black Hawk and AN-64 Apache.

Shock train. The final component of the MRAU. Intended to destroy enemy targets in the depth of his defense. Attracted after the first two echelons cleared the way.

Consists of a variety of tactical groups, which can contain various fighters or strategic bombers B-52H, B-1B and B-2A with airplanes of cover.

If at the beginning of the conflict it came to the shock level, the fate of the defending side is almost solved. In the case of NATO, Yugoslavia is a prime example.

Echelon security. Is as if away from the above. Responsible primarily for information support of the strike and technical support of the forces and assets involved.

It is important that through this echelon all elements of an MRAU are managed. In Europe, the coordination of the actions of NATO aviation is the responsibility of the Air Operations Center in Germany.

How did NATO manage to hide the strike from the public?

MRAU rehearsal is not the most popular theme of the alliance’s military exercises. In the open annual plans, you will not find maneuvers, in the description of which this abbreviation would appear.

The trick is that the development of a massive strike is carried out separately for each of its components. In turn, the debugging of the actions of each component is masked by several different military exercises, which are actually united by a single plan.

In the next two weeks, NATO will rehearse the use of an anti-aircraft defense echelon. In the general structure of an MRAU described above, it plays a key role.

The event is disguised as three military exercises: Frisian Flag 2018, Ramstein Guard 5 18 and EART 2018. For clarity, cause-effect relationships dwell on each of them separately.

Training shock level. From 9 to 20, April, under the leadership of the Netherlands, the main NATO military exercises Frisian Flag 2018 will be held. More than 70 aircraft from six countries of the alliance are attracted to the maneuvers.

The aircraft fleet involved is represented by the main aircraft assigned to the airspace clearance and air defense fire suppression groups of the MRAU. Among them, 8 units. EF2000 Typhoon, 12 units F-15 C / D, 7 units F / A-18, 16 units F-16AM / BM and other aircraft of identical purpose.

A civilian aircraft radio jamming system DA-20 will also take part in the exercise. He is only slightly inferior to his military colleague EA-6B Prowler. These aircraft belong to the electronic jamming group. If to simplify, then their primary task is to create an electromagnetic field that will cover the strike aircraft from enemy radar at the stage of approaching targets.

According to official information, two DRLO E-3 AWACS airplanes will be watching all this aviation ball. I note that with a massive strike, it is Avaks that are responsible for building up the trains and transferring instructions from the Air Operations Center in Germany.

Despite all of the above, it is still too early to say that the Netherlands are rehearsing an MRAU: there are no support planes and more electronic jammers.

Training aviation aviation. As I explained in the previous paragraph, all trainloads of airplanes participating in a massive strike are served by a support train.

In the course of the Frisian Flag in the Netherlands, another exercise will be held - EART 2018. Their main task is to work out the issues of refueling combat aircraft in the air. This will take five tanker aircraft from several countries of the alliance. They will be trained on the aircraft involved in the Frisian Flag. With the security figured out, it remains to find the missing funds REP.

Practicing electronic warfare techniques. The final chord, which makes it possible to say with certainty about the rehearsal in the Netherlands of an element of an MRAU, is the NATO exercise Ramstein Guard 5 18. They will also be held in this country, but from 12 to 22 in April.

There is no information about the participants of the maneuvers. According to past experience, it is known that they are involved in various means of electronic warfare, including aviation. Supervises the training process of the Air Operations Center in Germany. The one who coordinates MRAU through DRLO E-3 AWACS aircraft.

The goal of Ramstein Guard is usually claimed to be the preparation of an integrated NATO air defense system for operations under electronic suppression conditions. In fact, in the course of these maneuvers, not only are the offensive actions of NATO EW forces practiced, but also their electromagnetic compatibility is checked. In the countries of the alliance there is still no unity in the Rab standards.

Thus, in the Netherlands, Ramstein Guard has two goals: to equip the group of electronic suppression of air defense, created on the exercises Frisian Flag; check how planes from six different countries will be able to perform tasks in conditions of covering their actions with heterogeneous REP systems.

Now we will connect all this. Having told about the three exercises, under which NATO masks the training of the main component of MRAU in Holland, I will summarize. During the Frisian Flag exercise, air-clearance groups, fire suppression of air defense and aircraft coordinating the MPAU were collected. On the EART 2018 maneuvers the provisioning forces are concentrated. The Ramstein Guard teachings added missing elements to the electronic suppression group and brought a key figure to the arena - the Air Operations Center in Germany. That's all. The echelon of air defense suppression, which is the main component of NATO’s massive air strike, has been formed, the governing bodies are ready.

Why does NATO continue to rehearse conventional methods of attack?

In February of this year, the United States published a new nuclear doctrine of the state. The main innovation is the readiness of the State Department to use nuclear weapon in the case of not only a nuclear attack on the country, but also attacks by conventional weapons. Under the latter category, among other things, hacker attacks fall.

Due to the strong influence of Washington in NATO, innovation in the medium term may be extended to the US allies in the alliance. No wonder the Russian Foreign Minister S. Lavrov said that "the US military is actively preparing colleagues for the use of tactical nuclear weapons against Moscow."

According to the NATO military concepts, such weapons are planned to be used during the deposition of an MRAU against the enemy. The need for rehearsal of his elements is obvious.

Given the possible projection of the theses of the American doctrine on the allies, the massive strike scenario may be as follows: The West will stage a hacker attack on one of the NATO countries bordering Russia and cross the point of no return. The benefit of replacing the actual with the desired from foreign partners is available.

Of course, tomorrow no one is going to apply MRAU in Russia. But today's reality is that the North Atlantic Alliance cannot postpone this plan indefinitely. Therefore, the exercises described in the article will systematically work out the actions of the air defense suppression echelon. I completely forgot to say about the direction of these maneuvers: they are held in the North Sea, not far from the Baltic ...