Missiles shot down, but targets destroyed. The right look at things

What time the grace has come! The time of universal knowledge! Time, when somehow suddenly, imperceptibly, suddenly and inevitably, you can become a specialist in military affairs and an expert on all the secrets of missile defense and all these unknown missiles yesterday. And, most importantly, get your predictions in the general rhythm. Or, as an option, to the rhythm of a particular publication.

What is striking is the seriousness with which quite serious experts discuss in the press and on television screens the number of missiles that flew or did not reach objects in Syria. Serious people, referring to the data of the ministries of defense, press secretaries, representatives of the Ministry of Foreign Affairs and other officials of Russia and the United States, talk about who had more ... potential.

This is not even at the level of the kitchen, benches in the park or any social networks. This is already happening at the country level. Look at / to Ukraine. It is very expensive to read the comments on the reports of the shelling. If I had not imagined the real results of a rocket strike, I would have believed in the strength of the American weapons.

And go to our social network. Completely backlash. Hooray, even Soviet junk can easily bring down the vaunted Tomahawks. And given that in Syria really most of the missile defense and air defense systems are old Soviet weapons, our uryakalki are right in at least one moment. Modern Russian weapons are really better than the Soviet ones.

The criterion for evaluating such a strike is simple. Completed the task, or not. 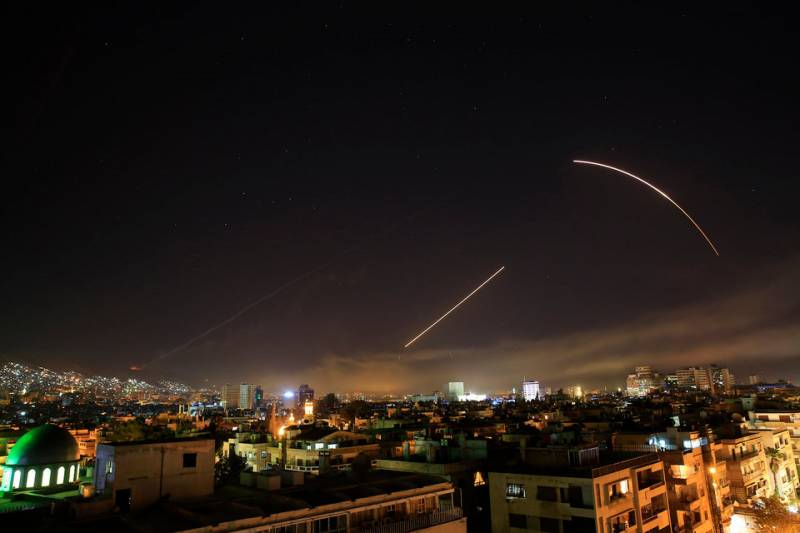 Let's look at Syria. Who and what tasks set their units.

USA. Under the brand of the fight against chemical weapons destroy the military factories and depots of weapons Assad. However, to cause serious damage to military airfields and thereby deprive the Syrian army of air support. Agree with the opposition to launch an offensive against Damascus during the period of chaos after the strike. Show Russians the power of the Western coalition. And the possibilities of American weapons.

Syria. As much as possible “soften” the blow of the Americans and all those who support them. With any luck, destroy missiles and planes over Syria. Save your own military Aviation and personnel. Prepare for the onset of terrorists and, if possible, continue the offensive.

Russia. Do not allow the bombing of Damascus. Protect your own military bases and military advisers in the Syrian army. Prevent coalition forces from helping terrorists. 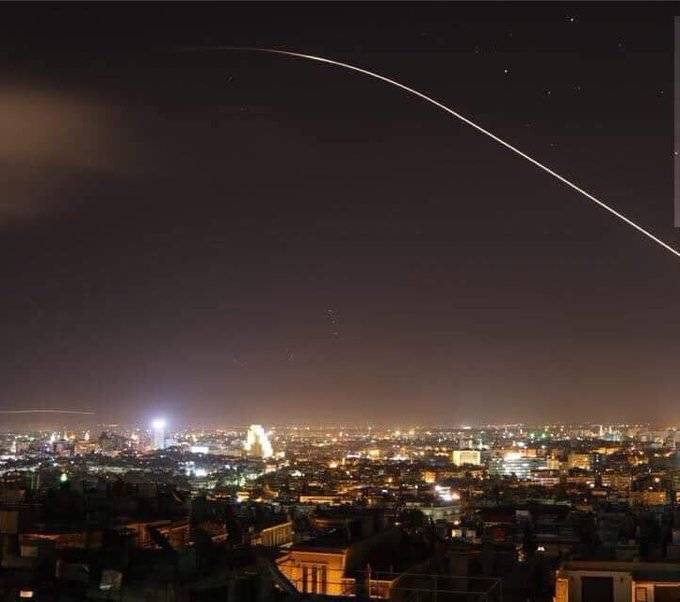 Of course, the tasks listed above are far from complete. Well, this does not change their essence. The United States is eager to show the whole world that the power of the Russian army is nothing more than a soap bubble. Syria wants to survive as a state and continue to win. Russia is regaining the honor and respect of countries.

At the same time, after the loud tantrums of President Trump, after the threats and waving his fists, after the utterly bestial remarks against Putin, everyone understood that it would not be a blow. This was understood both in Washington, and in Moscow, and in Damascus. Virtually the whole world is tense.

And then there is a difficult statement by the Russian Chief of General Staff. No matter what they say, but, unlike political scientists, journalists, deputies, military leaders of this level simply do not shake the air. And if the head of the General Staff sounded a response option, then the necessary instructions have already been given, plans have been developed and scenarios have been studied.

In fact, the Chief of General Staff announced Russia's readiness for war with the United States and NATO. Not global, not the third world or the last world, no. Ready for local fuck in the Middle East. With a soft hint of a possible arrival from the waters of the Black and Caspian Seas.

And so it happened. Coalition struck! Moreover, the blow of such a force that if it were done “in an adult way”, Syrian military facilities would have been torn down from the face of the earth, and the number of dead would be in the thousands. More than a hundred rockets of one and a half million dollars each ... Impressive "expenditure part" of a strike? Million 200 under the tail.

So is it important to know the actual number of downed missiles? Those who need it in the service, it is known. Who, how much and how for Russian, American, Syrian, and, probably, for military countries not participating in the strike, is well known.

We want from the US military confirmation of the downed missiles? Do we want American generals to recognize the weakness of their own army? What are they, shoulder straps started? Or does Trump have a backup presidency? Can you imagine what will begin in the USA if the fact of the destruction of 70% of missiles is confirmed?

So everything here is in order, from the United States.

We want our military to recognize that the entire missile defense system and air defense, which we have been creating for several years, turned out to be nothing? Our generals, too, with epaulets more comfortable. And the guys from Rosoboronexport will be taken seriously by the throat. They need to sell weapons. To earn currency for the state and to provide jobs at defense enterprises.

We want President Assad to say that the Russians cannot ensure the security of the Syrian cities? So that he sprinkled ashes on his head and repented before the West? Do we want the Syrians to give up their own victory? Asad has proved so many times that he does not know how to bend, that it would be utter nonsense to expect him to suddenly change.

Therefore, one should not believe in everything that is said and written. “In our times, Eisman, no one can be trusted. Even to myself ... "

Believe can and should be in the result. You know the result. It means that you can quite independently draw conclusions on other issues. Any version that fits into the result will be correct.

By the way, do you know what the main result of this raid is for Russia? The most positive thing. More than three dozen new proposals for negotiations on the supply of air defense and missile defense systems.

So we shot down the day ... sorry, rockets, or not shot down?

Ctrl Enter
Noticed oshЫbku Highlight text and press. Ctrl + Enter
We are
What you didn't want to know about EnglandList of destroyed the largest and most high-tech enterprises
Military Reviewin Yandex News
Military Reviewin Google News
168 comments
Information
Dear reader, to leave comments on the publication, you must sign in.