April 17 2018
29
It seems that it is possible to have a short breath: the American strikes on Syria took place, were quite successfully reflected, and the media at all levels expressed the first, most important, “reasoned and competent” opinion on this matter. Small amounts of reliable information began to crystallize out of all the noise that accompanied the American military action. It seems that it is already possible to make a judgment on this subject, without falling into the sin of vanity.


What we are now and try to do. 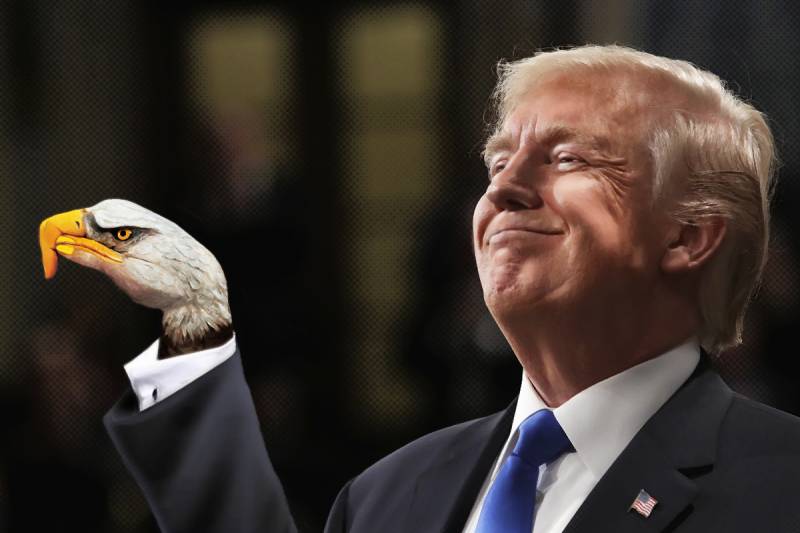 First of all, the main thing is worth noting, although commentators usually do not focus on this: the US warned Russia about the impending attack on Syria "in order to minimize the consequences and avoid casualties among Russians." This is not the official recognition of multipolarity, for which Russia is so advocating. But this is de facto multipolarity, when the former hegemon is still trying to play the usual role, but he understands that the play has already changed.

The word “contract”, which now often appears in the media and social networks as one of the main characteristics of this incident, in fact, well describes what happened. But it is also true that the Americans do not agree with anyone, and even Yeltsin’s Russia, which had almost more nuclear warheads than the current one, didn’t care: there were no “treaties” on Yugoslavia and on Iraq, and no protests helped Moscow stop the use of force in response to provocations — with allegedly “ethnic cleansing” of the Serbs, or with a “test tube” of Colin Powell.

Even later Russia, which had already practically taken the path of conscious opposition to the West, could not prevent the military defeat of Libya.

And now there has been a qualitative change - we are already being warned, and the routes of their missiles are being built in such a way that they do not accidentally touch the Russian units stationed in Syria.

Relatively recently, I already писал that things will end up like this. In this scenario, the Israeli strike on the Syrian airbase T4, which was necessary to defocus the attention of the most “human-loving” Western media, furiously demanding to punish Assad for the alleged chemical attack in the Duma, and forty-eight hours, taken by Trump to think, and sending an aircraft carrier to the shores of Syria, which is still on its way. Trump, it must be admitted, had spent a rather good round of fooling his own “hawks”, formally demonstrating determination, and de facto dropping the case on the brakes and nullifying the threat of a conflict developing into a full-fledged war of two nuclear superpowers.

By the way, I would like to reassure those who believe that the worst is yet to come: here comes the aircraft carrier "Harry Truman" to the shores of Syria, and then it will begin! To exclude this, of course, nothing can be, but common sense suggests that if you really wanted to start a full-fledged conflict, you would not be dispersed and let off steam to blow the whistle, but would wait a little before the Truman approach to make it really massive. deadly.

Another important consequence of the incident was the first in many decades, a successful confrontation of air defense means of air attack.

It is clear that we can only talk about conditional success. It is very difficult to say how the old Buki and S-125 would cope with the attack supported by aviation, anti-radar missiles and electronic warfare. One can even say with confidence that such a resounding success would probably not have been achieved.

But after all, the Syrian air defenses, with all the help from Russia, are not yet a layered Crimean, Kaliningrad or Moscow redoubt. There are no DRLO, EW airplanes, a quality and powerful fighter fleet that could equalize chances with the most armed and sophisticated adversary. So, we have the right to talk about a relatively equal collision, in which the Syrian air defense proved to be excellent.

Perhaps one of the reasons for this relative, but important success was the presence in the Syrian air defense of the new Russian complexes Pantsir-С1, which covered their older brethren from the blow and allowed them to focus on their work. And a significant number of US missiles hit by the Panther armor indicate that it was Syrian air defense systems covering the air force bases that were one of the priority targets of the American strike. But this is understandable, the Americans could not have missed such an event, because weakening and destroying the air defense of a potential enemy is the basic element of their military strategy.

If we are right about the true goals of the American strike (and there is no doubt about it) and we are not mistaken in the number of missiles hit by the Pantsir-C1 complex (the official data of the Russian General Staff - 23 targets hit from 25 launches) the pains. And we shouldn’t expect any more decisive actions from them: they will certainly postpone any serious actions until they receive the results of the analysis and recommendations on the breakthrough and destruction of the updated, much more stable Syrian air defense.

Let us omit the moment with the defeat by the Americans of the objects on which the chemical was allegedly produced or stored. weapon. As many commentators have already noted, this is at least extremely irresponsible in relation to the very peaceful Syrians that the Pentagon cares about.

Summarizing the above, I want to assume that in the near future we should not expect large bursts of activity in the Syrian sector. This is due both to the reasons voiced above, and to the fact that the Americans and their allies have lost the fight for Eastern Gutu by the Americans, and they will probably prefer to focus on analyzing the new information in order to be ready for a new successful offensive by the Syrian army.

But do not think that all our military risks and crises ended there. There will still be provocations before the World Cup, and the most important direction where we should wait for them is the Donbass.

And there, it will probably be even harder, because officially we cannot supply new equipment in LDNR. And in the old "Sumerians" too much advantage. And there can be very hot ...