Saudi Arabia: not to fat, I would live!

April 10 2018
5
Completion of the Middle East Clearing cycle. You can find the previous articles on "VO" here: about Israel, about Turkey, about Iran.


The last state that interests us as a possible contender for leadership in the Middle East region is Saudi Arabia. The latter is not significant at the moment: it is more than weighty in the region and even in the global political and economic situation.

However, something makes you think that the Saudi prospects for the role of the Middle Eastern "tillage" are rather illusory, and such hopes of Riyadh were not destined to become reality. But let's not get too far ahead ... 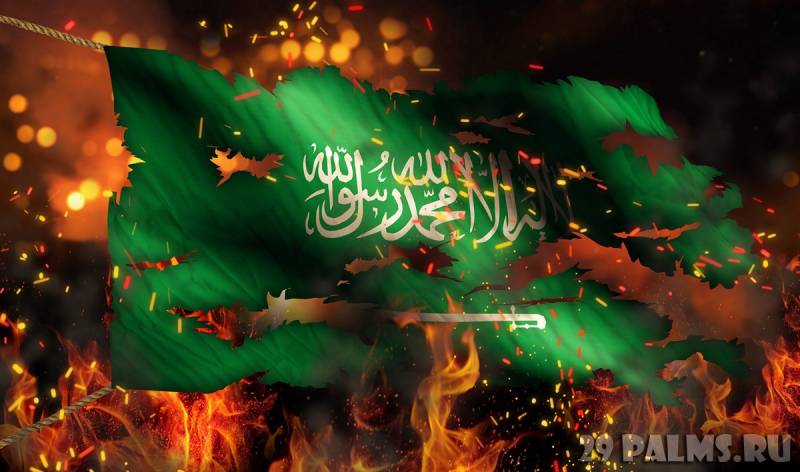 What is Saudi Arabia at the moment, we know quite well. Recall, this is a large country on the Arabian Peninsula, with a population of about 30 million people and huge reserves of oil, which makes it an important regional geopolitical player.

Immediately clarify about the population: according to some estimates, the share of economic migrants is already about five million people. It is difficult to say whether this is good or bad. But it is very symptomatic that the CA leadership has to approve such a significant migration in order to at least somehow support the needs of its industry. In addition to her, by the way, migrants in the Saudi army are also in great demand - they serve there even in officer and technical posts.

It is also important that the religious composition of the population is also heterogeneous: in addition to the Sunnis who make up the majority of the population, there are quite a few Shiites. Their share, according to some estimates, reaches 15 percent, and a significant part of them live in the east and south of the country. This is what allows some Iranian politicians to make hasty (perhaps) but very unpleasant conclusions about the prospects for the breakup of Saudi Arabia.

Add to this high urbanization (more than 80 percent of the population live in large cities) and low fertility of Saudi soils. This in itself is not such a problem. But in the event of a cessation of food supplies, Saudi Arabia itself cannot feed itself. And to cut off Saudi cities from supply in the event of any serious conflict is quite simple - there are relatively few roads, they pass through deserts and any intersection of transport arteries within the country will be very critical for the population.

However, this is already a very sad scenario, and it’s far from a fact that this will ever come to this. Moreover, the leadership of the SA makes great efforts to improve its armed forces.

Saudi Arabia probably has the most technically advanced army in the region. They do not spare money on her, and therefore there are a lot of modern weapon systems in the troops. In addition to the technical level, it should be noted that there is a good balance of the combat arms — in the presence of armored units with more than a thousand tanks and several thousand armored personnel carriers, and modern aviation, and air defense systems (including the notorious Patriots), and even missile units armed with Chinese Dongfeng medium-range missiles (DF-3) with a range of about two and a half thousand kilometers. In the presence of the Navy, which includes both Western-built destroyers and simpler ships. There is also the possibility of delivering F-35 stealth fighters to Riyadh, which, if these plans are implemented, will make the Saudi’s military potential even higher.

Perhaps no army in the region, with the exception of the Israeli, has such a set of defenses and attacks. And if it were only a distant war, then Saudi Arabia could be safely ranked along with Israel among the unconditional military hegemony of the region.

But not everything is so simple. The experience of Saudi Arabia’s military operations in Yemen has shown that the Saudi army, quite perfect by the standards of the Middle East, can hardly cope with even the poorly armed Yemenite Hussite formations. The Saudi army does not like “contact war”, and its military personnel are not distinguished by their special steadfastness and devotion to their monarch. What happens if this army clashes with a more motivated and selfless Iranian, it is impossible to predict unequivocally. But the forecast is not in favor of Saudi Arabia.

An even greater problem for the SA is the vulnerability of the Strait of Hormuz as the kingdom’s main external artery. Probably, even now, with the total dominance of Americans in the region, the problem of a possible blockade of the strait cannot be solved - of course, Iranian anti-ship missiles are not the most advanced in the world, but huge and sluggish tankers are their ideal goal. And even now, in the event of the beginning of hostilities against Iran, the latter can guarantee the West a long-lasting energy hunger, incompatible with the normal state of health of the world economy.

If we consider a hypothetical situation with the weakening of the American presence in the region, we can confidently state that Saudi Arabia cannot cope with the problem of such a level. So, in the event of a development of events according to such a scenario, it will become a victim of Iran within a few months - simply because Riyadh will face enormous problems of supplying the population with the most necessary things, and Iran will at least remain the same .

Yes, of course, Saudi Arabia has access to the Red Sea. It is equally obvious that Iran will not be able to block it. But the fact is that the main oil refining and export facilities of Saudi Arabia are concentrated precisely on the coast of the Persian Gulf. That is, we exclude fresh currency receipts immediately. How long Riyadh can hold out on its foreign exchange reserves, and what remains of them if we predict some collapse of American influence, is not an easy question.

That is, we can state with high confidence not the highest resistance of Saudi Arabia to external challenges. So, the most likely way out for it would be to form a defensive alliance that could withstand possible aggression from Iran and reinforce Riyadh’s likely claims of leadership in the region.

Such work has been going on for a long time, and the states located near the CA on the coast of the Persian Gulf can be called allies of Riyadh without any particular exaggeration. The problem is that none of them is a serious military force and, if necessary, will not be able to take on any weighty burden of military actions. Neither Qatar, nor Bahrain, nor the UAE, nor Oman, nor Kuwait are valuable military allies, although most of them have invested a lot of money in the purchase of modern weapons. The problem is basically the same - weapon there is, but there is neither our own industrial repair base, nor professional motivated military, nor serious combat experience. In addition, all of them are also vulnerable by the Strait of Hormuz, except that they do not have their access to the Red Sea.

Therefore, the Saudis do not have many options. These are Israel, Turkey and Egypt. But the first option looks extremely dubious - anti-Israel sentiments are very strong in the Arab world. Of course, the tacit cooperation of these states is quite likely: both sides consider Iran to be the main threat to their security, therefore not to sentiment. But the case is unlikely to reach a full-fledged military bloc: the risk of traditional Arab allies is too great to push away from itself, which Saudi Arabia is unlikely to do.

Option with Turkey looks much more plausible. But there is one big “but”: Turkey itself is not very afraid of Iran, and for its participation in the coalition against this state, it can ask for a very high price. That is, Ankara is unlikely to want to simply stand under someone's banner, when there is a good chance to lead the march and be the first to divide possible trophies. Therefore, the likelihood of creating a military alliance between Turkey and the SA directly depends on the severity of the problems Riyadh will face. So, agreeing to this option, we automatically strike out Saudi Arabia from candidates for hegemony in the region.

The most promising is the strengthening of military cooperation between the SA and Egypt. Promising for Riyadh and its ambitions, of course. Egypt, whose own aspirations are strongly constrained by the consequences of the “Arab spring” in Cairo, and considerable economic difficulties, would be an ideal partner for the Saudis. This is all the more true because Egypt has quite good armed forces, a powerful demographic potential and even experience in military operations against Israel, even if it is already somewhat outdated.

You can not ignore the proximity of Egypt to Saudi Arabia. The Red Sea is not an insurmountable obstacle for both sides, and it will be quite easy for both sides to establish transport links from one bank to another. It also solves the problem of transport communication with the Mediterranean, since Egypt is the full owner of the Suez Canal.

However, even in this case, it is rather difficult to talk about the prospects of Riyadh for leadership in the region. Rather, it would be possible to talk about preserving the status quo, which, given the existing scenario, Saudi Arabia should be completely satisfied.

Summing up our small research, we must agree that the situation in the Middle East region is rather complicated. Of course, one cannot say that the forces of all applicants for superiority in the region are absolutely equal. But it is difficult to single out any obvious leader.

Still, the chances of Turkey and Iran look more substantial. And if the superpowers, traditionally pursuing their interests, do not intervene in the game, it is between these players that the coming battle for leadership will unfold.

If you stand now in Syria. But it is already completely different. история... 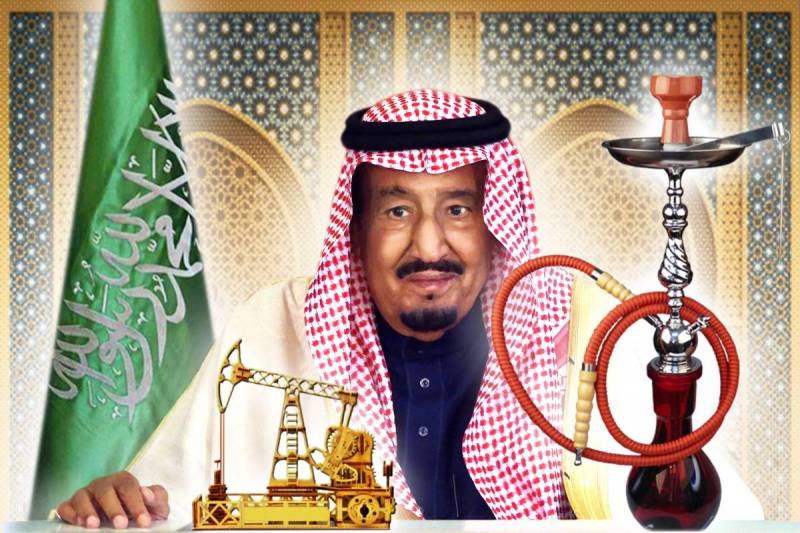 Author:
Viktor Kuzovkov
Articles from this series:
Israel does not become the leader of the Middle East
What is more important for Turkey: guns or dollars?
Iran is late at the start

Ctrl Enter
Noticed oshЫbku Highlight text and press. Ctrl + Enter
We are
Situational analysis of the death of the MH17 flight (Malaysian Boeing 777), made on the basis of engineering analysis from 15.08.2014Syria: Americans scare themselves, and Asma Asad buys chairs
Military Reviewin Yandex News
Military Reviewin Google News
5 comments
Information
Dear reader, to leave comments on the publication, you must sign in.