The fourth frigate type "Cheetah-3.9" handed over to the Vietnamese Navy

January 24 2018
10
Zelenodolsk plant named after AM. Gorky officially handed over the fourth frigate of the 11661 project "Cheetah-3.9" to the Navy of Vietnam. It is reported TSAMTO with reference to the portal Bao Dat Viet. 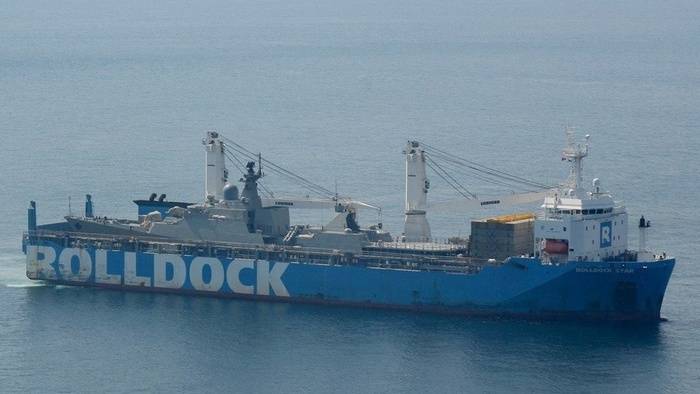 According to journalists, the ship Rolldock Star, which transported from Novorossiysk to Vietnam, the frigate Tran Hung Dao, on January 21 arrived at the port of Camran under unloading, and on January 22 passed the ship to the Vietnamese Navy. The date of the ceremony of putting the frigate into operation has not yet been reported.

Light frigates of the Cheetah 3.9 project with a displacement of about 2,2 thousand tons are equipped with rocket and artillery, aviation and anti-submarine weapons, as well as radio engineering, mine and anti-sabotage weapons.

The ships of the type "Cheetah-3.9" are designed to combat air, underwater and surface enemy; lighting surface and underwater environment, setting minefields, as well as active and passive interference. Ships of this project can accompany and guard convoys, patrol borders, fight smugglers, poachers and pirates. In addition, "Cheetah-3.9" is able to provide assistance to ships in distress, to seek and save people at sea.

Ctrl Enter
Noticed oshЫbku Highlight text and press. Ctrl + Enter
We are
Submarine Hà Nội delivered to VietnamVietnam became one of the largest customers of the Russian naval technology
10 comments
Information
Dear reader, to leave comments on the publication, you must to register.