Russian guy shot down "Focke-Wulf" from a mortar 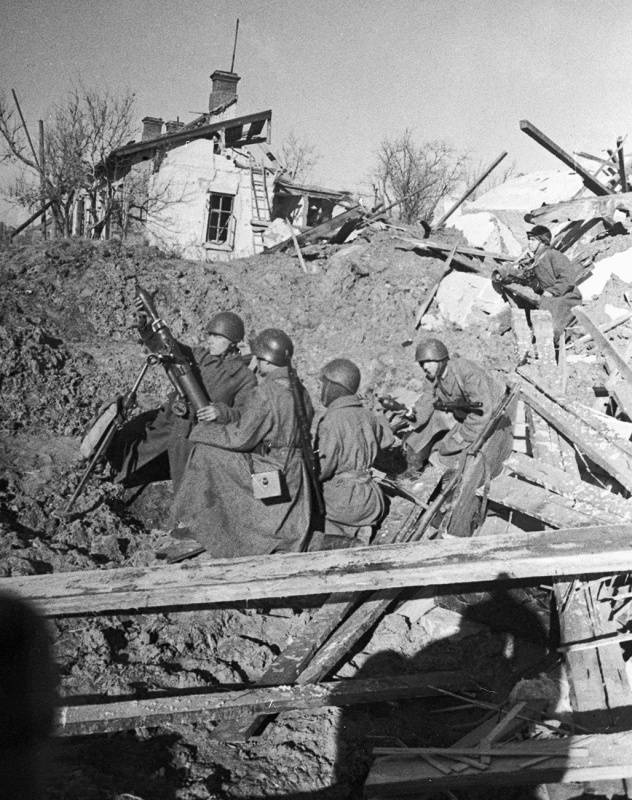 
Without a small 75 years ago, a unique case occurred on the old town: a Soviet Focke-Wulf aircraft was shot down by Soviet 82-mm mortar 41 infantry regiment 84 rifle fire.

Immediately I would like to clarify that the mortar as weaponcompletely not designed to combat aviation. Its main use is to fire to suppress or destroy enemy manpower and firepower, located mainly in ravines, shelters, trenches and trenches. Mortars are also used to destroy light field structures, trenches, wire fences.

In order not to look like "fantasy", let's turn to the documents. From the award list to the squad leader of the 1 th mortar company sergeant Peter Petrovich Kalinin:
“In the battles near the village of YERZOVKA, the Stalingrad district of the same region, from 27 to 29 this September. Comrade KALININ destroyed two heavy machine guns, three company mortars and twenty-three enemy soldiers with the fire of his mortar. This ensured the advancement of the arrows. October 2, this year. Comrade KALININ, with his mortar, fired methodical fire on the leading edge of the German defense. At this time, a German plane FOKKE-WOLF appeared over the sector of shelling of com. KALININA. Tov. Kalinin quickly made the calculation and began firing his 82-mm mortar on an enemy aircraft. The third mine hit right on target, the enemy’s FOKKE-WOLF aircraft caught fire and crashed to the ground at the enemy’s location. ”

Sergeant P.P. Kalinin was awarded the order of the Commander of the Don Front, Lieutenant-General K.K. Rokossovsky Order of the Red Banner.

About Peter Kalinin himself know little. Born in 1917, candidate member of the CPSU (b) since 1942. He is one of those whose entire youth passed on military service - in 1939, the Taganrog GVK was drafted into the Red Army. I'd like to hope that Sergeant Peter Kalinin fought before the victory. At least in the lists of the dead or missing it is not. In the year 1985 three Petr Kalinin 1917 year of birth were awarded the Order of the Patriotic War. But it was difficult to say whether our sergeant, who shot down a German plane from a mortar, was among them.

Ctrl Enter
Noticed oshЫbku Highlight text and press. Ctrl + Enter
We are
By the 70 anniversary of the landing and the formation of a bridgehead Small landNATO losses in Yugoslavia
150 comments
Information
Dear reader, to leave comments on the publication, you must to register.