Pavel Grudinin: a real alternative to the election

December 26 2017
995
Communicating with representatives of various segments of the population of our country, we concluded that not all citizens of Russia are eager to express support for the existing government elections. This is normal. The whole question is what methods it is planned to do.


Some citizens are going to vote for the old memory of Zhirinovsky, for example. But this political map is a bit, and a bit long. Some are not going to go to the polls at all, well, that is their right. And from some have heard and such that "I'd rather vote for Sobchak!"

However, it turns out that suddenly even a non-party candidate went to the polls, but from the Communist Party of the Russian Federation. In itself, this epoch-making phenomenon, to be honest, didn’t even occur to any of us that Zyuganov would get away from political distance.

Although it was high time.

But the fact is: Gennady Andreevich put forward a candidate, and, as it seems to us, very interesting. And the candidate of the Communist Party of the Russian Federation, non-partisan Pavel Grudinin, can become just that, normal and sane opposition and alternative, which was so lacking in these (and even more so in the next) elections. 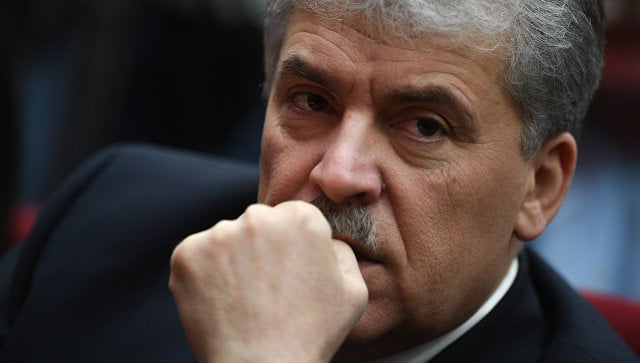 In order to answer this question, we will give a few points, which, as it seems to us, well characterize both Grudinina and the whole situation.

1. If you carefully go through the list of candidates for the presidency, then it will reveal only two people who are engaged in the real business. This Grudinin and Titov. But Titov is an oligarch, a billionaire who owns several joint international projects. It is difficult to say how much the London firm Solvalub, which constitutes the core of the Titov Empire, is Russian. A somewhat dubious figure for the president, we think.

Grudinin is, roughly speaking, an effective peasant. Chairman of the State Farm named after Lenin. Even if a very rich peasant, here is the work of the head and hands.

The rest (well, except for the current president), sorry, boltologi. Journalists, politicians, political consultants, public figures. There is nothing to comment at all.

2. Grudinin can plow. In the literal and figurative sense of the word. An important nuance. Moreover, everything that was built on his state farm, as he repeatedly noted in an interview earlier, was created without the slightest support of the state.

The results of the work of the Lenin State Farm in the Moscow Region are well known. 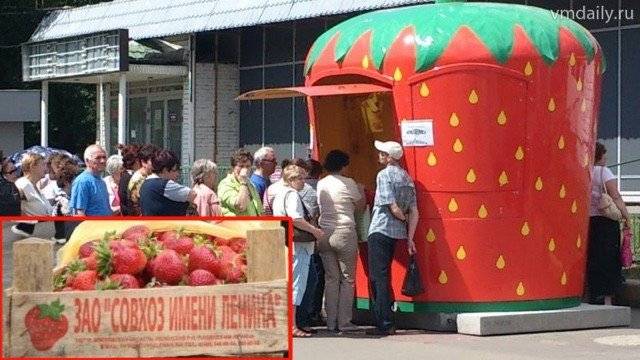 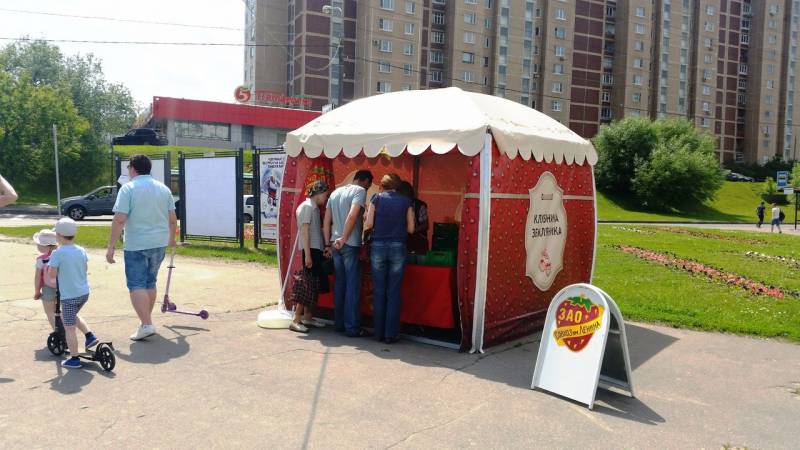 Someone, perhaps, will notice that the state farm is one thing, and the whole country is another. But we have in stories already an example, when the chairman of a collective farm turned out not the worst head of state. Yes, not without flaws, but nevertheless, the country is not ruined. This, of course, is about Alexander Lukashenko.

On the other hand, in our history there are two examples of how professional functionaries and party leaders seem to have done such things that they are still loosening up. This is about Gorbachev and Yeltsin.

The question of the ability to work does not arise. Lieutenant colonels of the KGB were also not taught to govern the country, if that.

3. Relationship with power. The fact that Grudinin is in some way an opposition figure is clear from the one who gives him support. The party "Left Front" Sergei Udaltsov and the Communist Party can and should be considered a real opposition. More precisely, they are the only constructive oppositionists, in contrast to Sobchak-Navalny-Yavlinsky and other Kasyanovs.

It is noteworthy that during all his labor activity, from the first to the last day at the Lenin State Farm, Grudinin was awarded only the sign "Honored Worker of Agriculture of the Russian Federation".

None, unlike fashion designers, pop singers and pevichek, has no awards like "For services to the Fatherland". Very revealing.

Back in 2000, the newspaper Kommersant mercilessly criticized Grudinin for the fact that he behaves like a master. He does not distribute land to the peasants so that they can sell it to Muscovites for dacha plots. (https://www.kommersant.ru/doc/16879). Highly recommend to read the material.

"Kommersant" put Grudinina as a satrap who did not want the peasants to tear the state farm away, sell the land, buy apartments in Moscow, put money in the bank and live on interest. This is all in the article.

Today it is a well-known enterprise in the whole region and the envy of many. 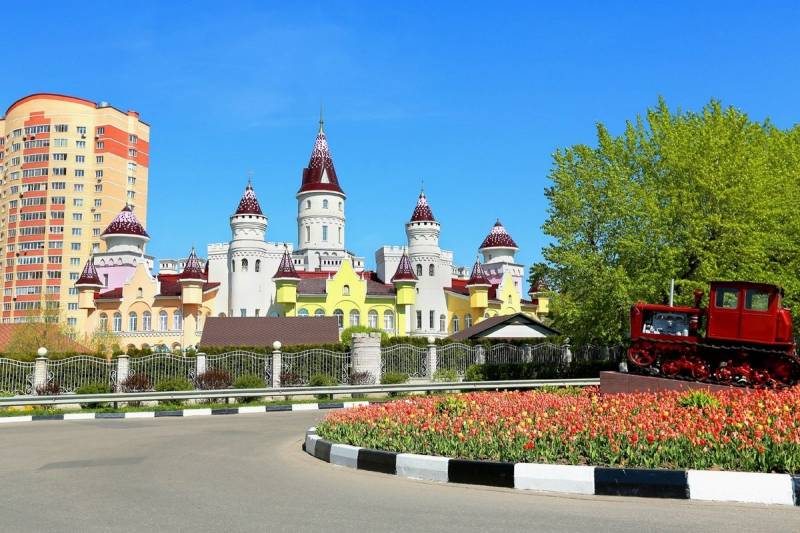 The “castle” is, by the way, not an office or personal accommodation of the “oligarch” Grudinin. This (!!!) state farm kindergarten looks like this.

The principle “not to squander, but to multiply” is in action. And he, by the way, can be applicable to the whole country.

4. Grudinin, based on his statements on television, is not just a patriot. He stands very firmly on the fact that it is possible to work even in modern capitalist conditions in accordance with the principles of a socialist society. He works.

Strange, why for the successful work of Pavel Nikolayevich do not need to rename the state farm? And for a successful life on interest to sell land for development? And plow, plow and plow again?

Probably, patriotism is not only about beating your chest in the shadow of the tricolor. And to do their work in their own land in this way.

Apparently, he was a very uncomfortable deputy. That's why they removed from the election, seeing extremism in the statements in 2013. True, the accusation of extremism was later dropped, but they were not allowed before the elections.

We watched with interest the performance of Grudinin on Channel One. I must say, the questions he was asked were not just provocative, but even filthy. It is with overtones that, they say, to command the state farm is one thing, and the country is another.

The only consolation was that the questions asked were just these aforementioned political scientists, public figures and other talkers. But what can be taken from the clique of the “First”? He is the “First” ...

And Pavel Nikolaevich answered very, very worthily, as in our opinion.


As a preliminary conclusion: we Grudinin, as a candidate, very much. Our person. Able to work, can go forward, not spitting back. Normal Russian man. From the earth.

Of course, this rejection of Pavel Nikolaevich by the "elites" of television is understandable. It is doubtful that they will like such a president. He will make work, as in his own farm!

On the whole, Pavel Nikolaevich Grudinin is a very peculiar phenomenon in the political arena of Russia. And very timely.

Tired, I confess, this is an election show when “vote or lose” or “not Putin means Sobchak”. Well, not a choice, absolutely. Artificially created deficiency, nothing more.

We must pay tribute to Gennady Andreyevich Zyuganov, who arranged such a sudden coup. And it is worth even expressing gratitude.

At least, thanks to the leader of the Communist Party of the Russian Federation, we have a certain intersection, and not a tunnel with the inscription "United Russia". And through 24 of the year of the board, some kind of change is possible. And not the fact that for the worse.

Understandably, we're talking about the 2024 election of the year. But it’s already good that there will be at least some alternative in 2018. Two worthy people will fight for real, and not the eternal and annoying clowning with one candidate and three pseudo oppositionists on dancers.

And the very idea of ​​a future president "off the ground" is not so bad as it seems to us.

Ctrl Enter
Noticed oshЫbku Highlight text and press. Ctrl + Enter
We are
Project "ZZ". Sobchak and the front "dissatisfied." The people are "tired" from PutinResults of the week. "Well, do not change me because of every idiot!"
Military Reviewin Yandex News
Military Reviewin Google News
995 comments
Information
Dear reader, to leave comments on the publication, you must to register.