How will the main battle tanks change in the near future?

December 11 2017
75
The idea of ​​the army of the future for many is formed by science fiction films and popular literature. However, military professionals are confident that in the next quarter century, we certainly will not see hordes of walking combat robots armed with blasters on the battlefield. For example, it’s very difficult to come up with an alternative to the main combat tanks.


At the same time, there is no need to talk about any stagnation in military affairs: representatives of military science, engineers and designers are currently working on determining the possible appearance of the Russian armed forces for the coming decades. The concept of development of armored vehicles is being worked out.

About the “armor of Russia 2040 of the year,” that the editor-in-chief of the magazine Arsenal of the Fatherland, member of the Expert Council of the Board of the Military-Industrial Commission of the Russian Federation Viktor Murakhovsky told the RG in an exclusive interview with RG.

Will robots replace people for armor? 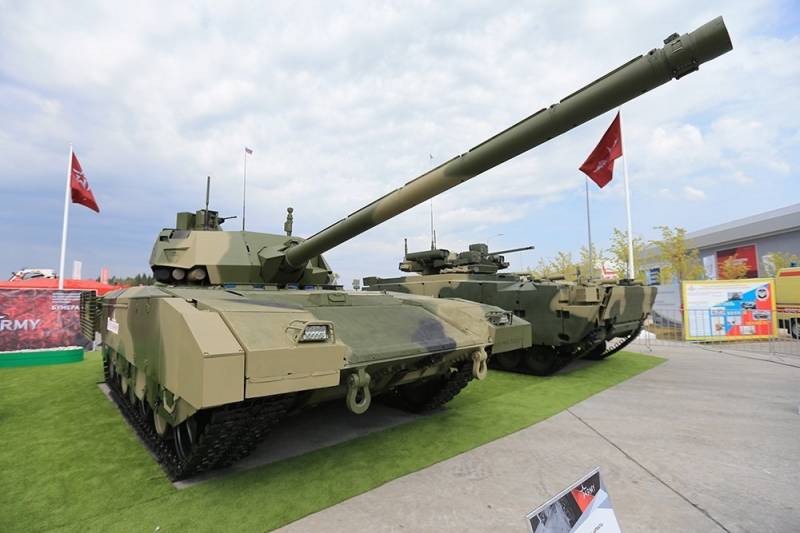 Tank T-14 on the Armata platform.

The tanks of the near future will be to the maximum extent robotic systems, says Victor Murakhovsky. But a lot depends on how much progress is made in the creation of artificial intelligence:

“As technology develops, people will gradually leave the battlefield, including members of the crew of the tank. The commander will follow the first“ way out ”- a single tactical level control system will take over. Integration of all elements of the tank will continue, a single complex will be created on a common digital bus, and the combat vehicles themselves will merge into the same system at the division level.

Already, it is beginning to transform into a single control system, a single information field and a single reconnaissance-fire circuit. This is a new quality of improvement of command controllability of both individual machines and small subunits, as well as the primary all-arms team at the battalion level.

The second, probably, the tank will leave the gunner. We are gradually approaching the fact that pattern recognition systems begin to reach the level of a person of average readiness. Suppose that in the medium term, the future robotic systems will learn to distinguish one object from another, their own from others, even indirectly, reaching the level of an average gunner. "

But the driver in a tank is a long time, Murakhovsky believes, without presenting the prospects for its complete replacement.

"The robotic system alone will not be able to eliminate various problems on the battlefield for a long time. For example, a stuck tank for unmanned armored vehicles is still a stalemate. The usual crew of a tank can get out of such situations without problems by using standard means of self-pulling. Similarly with combat damage, like broken caterpillar.

However, the automation of the movement of machines in a column is a solution that can be implemented now. In Soviet times, they tried to do this, but the level of technology of that time did not allow achieving stable work. The fact is that the column is moving at a speed that can be maintained by the “slowest” driver. The introduction of the same automation will lead to the most skilled and fast driver, and the rest of the machines will simply automatically repeat its route and control algorithms.

This solution can increase the average speed of troop columns on tracked vehicles by 30 percent and increase the march rate from the current 300 to 500 km per day at no extra cost. "

How the firepower will rise 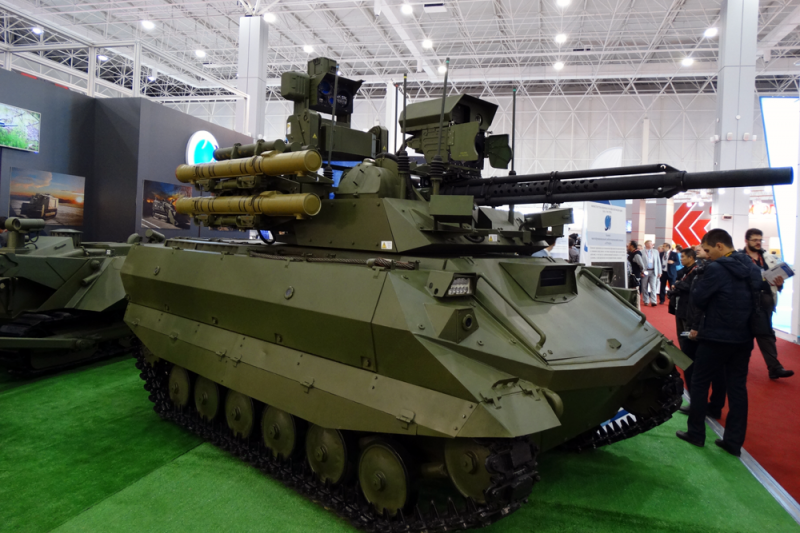 It is not known whether the current powder gun will remain on the tank of the near future. Perhaps its place will be taken by an electrothermochemical instrument or an electromagnetic method of throwing will be chosen. It is known that the creation of the EPCP at the present time is considerably advanced and is at the stage of development work.

"The development of an electromagnetic method of throwing a projectile has been going on for a long time, but no one has yet achieved any particular success in this area. Here, the problems of power sources and the properties of materials come to the fore - with such accelerations they wear out extremely quickly.

The electrothermochemical gun proved to be a much more realistic option, but here we are waiting for the stability of the shot. We have already done this on systems with liquid propellants or with a sleeveless cartridge, when stability is not ensured even in a hand gun weapons.

Of course, promising developments have a number of advantages - a higher initial velocity of the projectile, as well as compact placement of ammunition. With all this, the reliability of weapons is reduced, it becomes much more dependent on environmental conditions, it requires perfect logistics, so all this is still at the stage of experimental work and has not been released into the series, "says V. Murakhovsky. 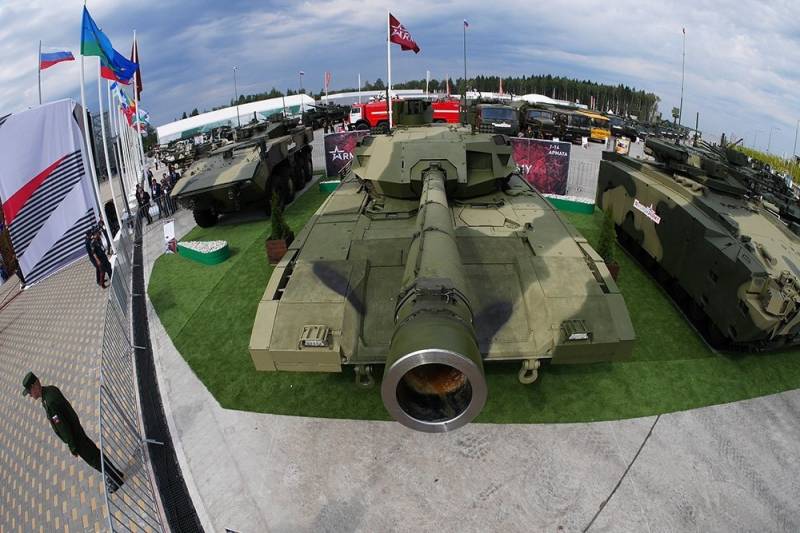 Viktor Murakhovsky expressed the opinion that there would hardly be any fundamentally new propulsion for armored vehicles: an air cushion or something else more exotic.

"I think the caterpillars are forever. Maybe in the very very distant future something will replace them, but so far no alternative is even visible. Development will go on by improving the suspension, primarily through the use of intelligent control systems.

If we talk about propulsion systems, then everything still comes up against one global problem - the lack of an energy source comparable in energy intensity and ease of use with hydrocarbon fuels. Currently, the best, most efficient batteries in terms of specific energy consumption are an order of magnitude inferior to gasoline and diesel fuel. This is absolutely not a variant of the engine for a battlefield technique. " 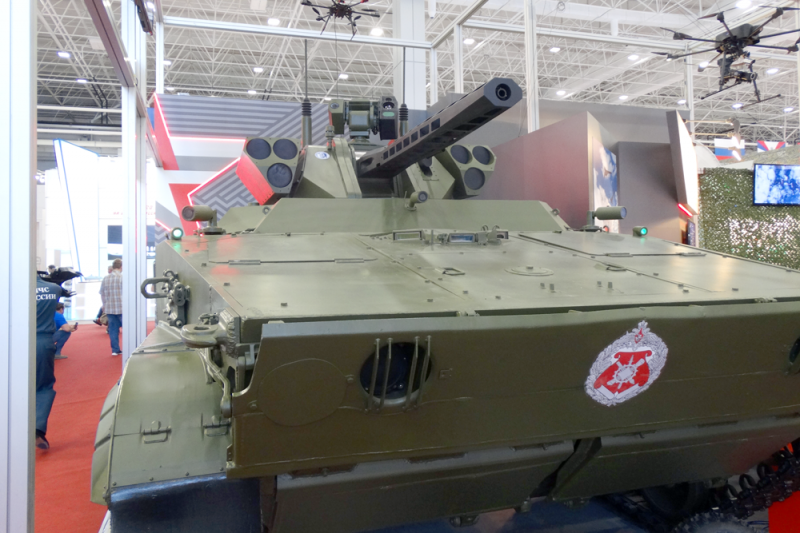 Intelligence-impact ground-based robotic complex "Whirlwind" based on the BMP-3.

Security remains the key and determining factor for heavy platforms of armored vehicles and the main tank in the first place.

“I think something revolutionary that will allow a fundamental change in the situation will not appear in this topic. The current defense systems will continue to evolve,” says Viktor Ivanovich, referring to passive armor protection in its multi-layered design.

"Work will also continue to improve the dynamic protection characteristics. Active protection, air curtain systems, and optical-electronic suppression systems will become an indispensable attribute of the new generation armored vehicles. Currently, they are working on this in all advanced countries of the world.

However, the competition between armor and projectile will continue with the varying success of one party or another.

As for the use of adaptive masking tools (chameleon cover), I do not really believe in them. It works in the laboratory, but not on the battlefield.

In order to get a qualitatively new defense, you need to look at what new trends in physics we have, on the basis of which you can think of something. Do promising developments provide a qualitative increase, that is, at times? No, the maximum will provide 15-20% ".

Tanks still remain the main striking force of the ground forces, the only type of military equipment that can make a tactical maneuver on the battlefield under direct enemy fire: break through defenses or, conversely, deliver a counterattack on the attack. This is a unique property, I am sure Victor Murakhovsky.

“Who would not say anything about the" death of tanks ", there are no other machines that can replace them on the battlefield, in nature. Talk that soon there will be light and fast anthropomorphic robots fighting each other like laughter.

I would send the inventors of such equipment to the battlefield, where the combined arms battalions, saturated with armored vehicles, are fighting on a full scale with the support of artillery and aviationso that they personally feel the absurdity of such fantasies.

And most importantly - do not forget that the main detail of any weapon is the head of its owner, no matter how trite it sounds. Exactly the same applies to the tank crew, pilots, infantry, and so on. The technique is becoming more and more perfect, but in the end, a man fights and wins, "he concluded. 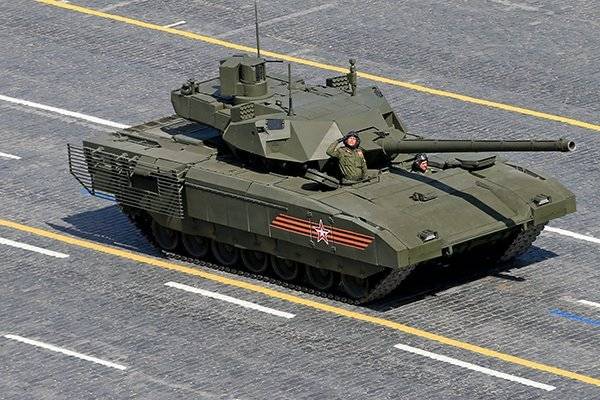 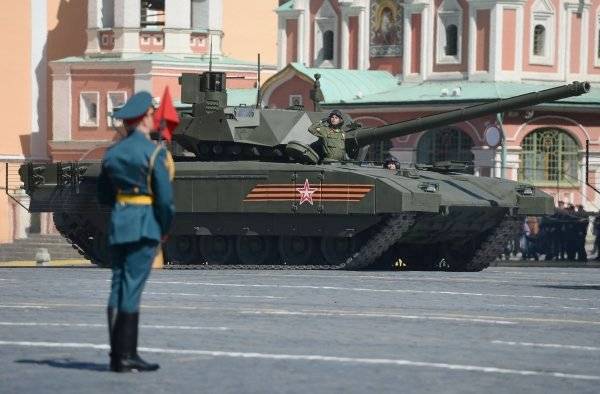 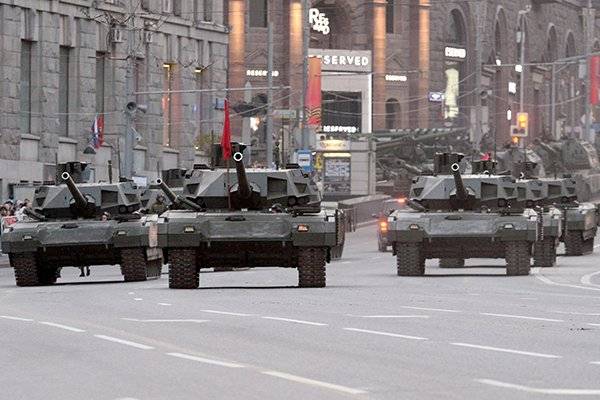 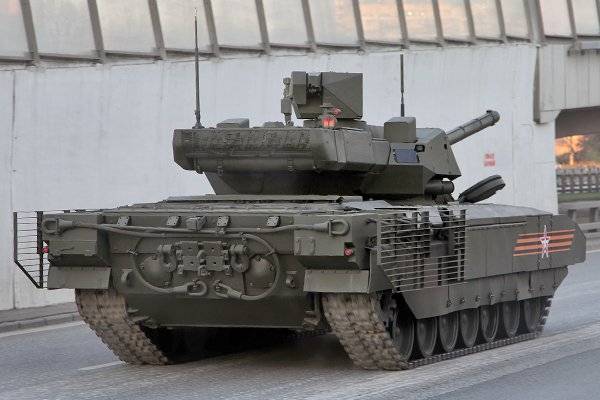 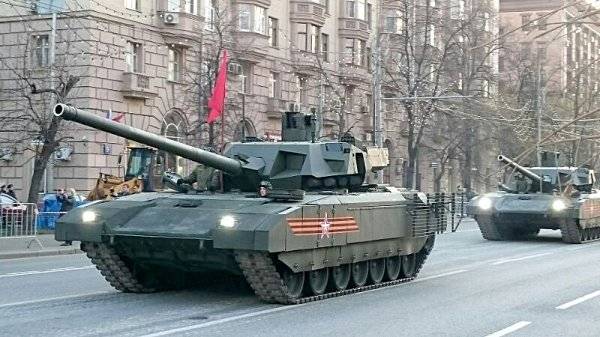 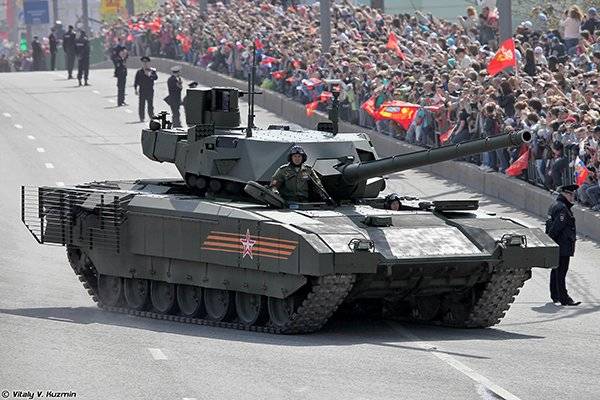 Ctrl Enter
Noticed oshЫbku Highlight text and press. Ctrl + Enter
We are
About Stalin and KhrushchevWhat you didn't want to know about England
Military Reviewin Yandex News
Military Reviewin Google News
75 comments
Information
Dear reader, to leave comments on the publication, you must to register.