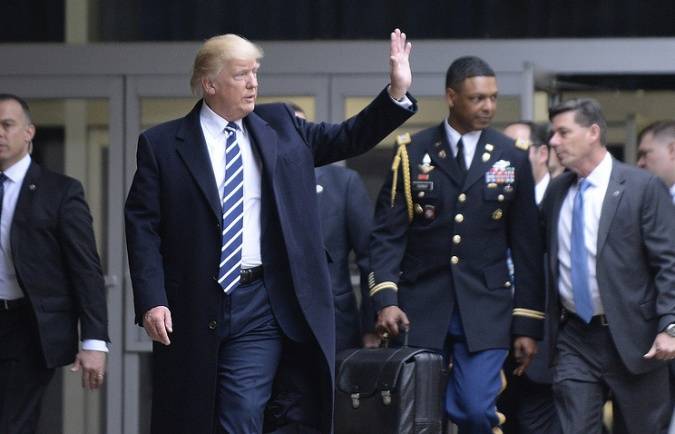 The nuclear status quo in the world has been around for a long time. Improving delivery vehicles, as well as all nuclear arms reductions have not changed the main thing - Russia and the United States control more than 90 percent of nuclear warheads. According to official data for September last year, the US has 1367 warheads, Russia has 1796.

The nuclear triad guarantees delivery times to targets ranging from 15-45 minutes. All existing missile defense facilities currently cannot provide 100-percent protection of territories against an enemy nuclear strike. Despite the weight of even scientific treatises, the massive use of nuclear weapons It does not lead to a nuclear winter, as shown in the films, nor to the general extinction of the population from radiation sickness.

In highly specialized and non-specialist discussions, the complete destruction of the integrity of the space constellation of satellites, with all the ensuing consequences, the simultaneous death of more than 100 million people and the fatal defeat of another 250 million, is considered undeniable. First of all, in capitals, large cities and strategic areas aviationsubmarines, command posts, etc. What guarantees, if not the Stone Age, then the casting of mankind a hundred years ago. The EU is expected to suffer the most, which will immediately become the target of capturing the little-affected countries in Asia and Africa.

The defeat of the territory of Russia will be less catastrophic, solely due to the huge territory. By the way, this factor initially had a deterrent effect on the Yankees. And it is he who becomes the key after reducing the total number of warheads.

As I once wrote, both in the USSR and in modern Russia there are military units, whose duties include the item 1 of "information requiring an urgent report:" Order of the US President on the use of nuclear weapons. "

Without going into the details of who and how this "information" is extracted, it should be understood that the President of the United States, whatever mental state he is in, does not have the opportunity to personally press the nuclear button. In the most "plausible" works for the start of a nuclear war, first follows the hysteria in society, then mass provocations and the use of conventional weapons. And only after that, having clasped his teeth and wiping off a mean male tear, the president of the United States presses the red button. At the same time, according to the American practice, the vice-president, the leadership of the Chiefs of Staff Committee (CSC), the leadership of the strategic command (CAC), several congressmen and some members of the government take part in the discussion.

The decision on a nuclear strike made by the President of the United States alone will not be carried out solely and without discussion. “Foolproof” was developed with the invention of nuclear weapons and has been refined all this time.

In fact, in the "soccer ball" at Trump is the so-called "black book", which spelled out all the options for the use of nuclear weapons in a given situation. As well as a list of related measures (such as orders for takeoff, rocket-bomb loading, the departure of boats into the sea and a host of other things, including the evacuation of institutions).

To gain access to the book, the president confirms his right with his "golden card". After that, the US president chooses a course of action and gives two coded orders. The first is through the chairman of the Joint Chiefs of Staff to the general on duty at the Pentagon, the second to the general on duty at the center of strategic command, located at the base of the United States NAC Offut, Nebraska.

If the codes stored in the vaults in these two places will be activated together with the order of the president - the missiles will take off. If not, they won't fly.

It was about this that General Air Force John Heiten, who heads the SAC, said in Halifax at the Security Forum: "I convey information and a proposed plan of action to the president, and he gives orders. And if such an order is unlawful, guess what happens? I will say:" Mr. President, we cannot do this, it is against the law. And he will further ask: “What measure in this situation will be acceptable?”. Then we will develop various options, different approaches, which will depend on the context of the situation. That’s how it works em, in fact, everything is not so difficult. "

Of course, the general was referring to a scenario in which there is no need to take an immediate decision in view of a nuclear attack that has already taken place. And, which is a key condition, without the presence of a confirmed fact of a missile attack on the United States, the duty generals of the KNSH and SAC will not fulfill the presidential order to launch missiles.

Now in Washington a “brilliant idea” is actively being discussed to remove President Trump from the possibility to issue an order to use nuclear weapons. His impulsiveness, inadequacy, even mental health is discussed. For the first time in 40 years, discussions have been initiated in Congress to introduce new regulatory factors that "increase the responsibility for making fateful decisions." All this is nonsense and the desire to be closer to the coveted button. Just to amuse your lust for power and / or weaken the president.

All these political squabbles and squabbles are doomed to failure. There is only a quarter of an hour to make a decision, which is predetermined by the flight time of the first nuclear missiles launched from submarines. It is on this basis that the list of persons responsible for the final decision is reduced to a minimum.

PS Of course, here the descriptions of the decision-making procedure and the mechanisms for their implementation have been simplified and reduced to a minimum. It is just necessary to take into account that, although the concept of a preemptive nuclear strike operates in both Russia and the United States, it does not imply the need for making decisions immediately. On the contrary, in this case the order is preceded by a consistent increase in the degree of combat readiness and the "color" of the threat. That is why only the mechanism of sudden, “from a prone position” decision-making on a nuclear strike is described.