How do we treat nuclear weapons? Is this a deterrent factor of aggression or a weapon of attack?

July 14 2017
36
Often after the publication of materials related to the concepts of nuclear weapons different countries, stumble on negative, or vice versa, the responses of our readers in assessing weapons systems, in assessing the probability of using nuclear weapons, etc. Oddly enough, but such comments are quite logical. Just because discussions about this are going on at a very serious level today. Specialists, who largely determine the strategy of states in this matter, in the same way confirm or refute the views of opponents. 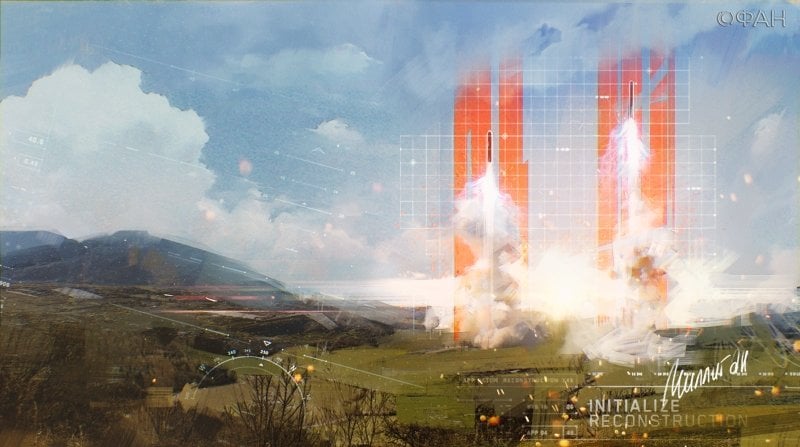 Often there are also accusations of anyone, including the author, of incompetence or "Soviet-like" thinking. Like our infallible faith in the newspaper news in USSR. And unwillingness to read primary sources. And what, may I ask, is the modern Internet different from Soviet newspapers? Nothing. There are answers to the questions (any!) Of completely opposite directions. And if you wish, you can always refer exactly to the opinion that you need now. But the conclusions of many to do just forgot how. Just consume the information. And without giving out a new one ...

In one of the publications I wrote about the possibility of Russia's use of nuclear weapons first. Immediately there was a specialist who reproached the author of incompetence. There is no such thing in the Russian military doctrine! Therefore, I will move away from the principle of “read and think for yourself” and explain my position to the supporters of the opponent’s point of view.

"The Russian Federation reserves the right to use nuclear weapons ... in the event of aggression against the Russian Federation with the use of conventional weapons, when the very existence of the state is threatened." And then about the purpose of such a blow: "... inflicting unacceptable damage to the aggressor in any conditions of the situation."

This is a direct text from our military doctrine. So do we have the right to strike with nuclear weapons first or not? And who tries to read, but not think? ..

If we look at the modern world from the point of view of a change in the geopolitical situation, and it’s impossible to argue with the fact that this is happening, then a picture emerges of a revival of the confrontation between the USA and Russia, like the United States and the USSR once were. We, whatever the leaders of our countries say, are being sucked into a new arms race. Including nuclear ...

Somehow it so happened that with the filing of politicians and the media, nuclear weapons became in our heads a purely defensive type of weaponry. "Nuclear deterrence factor" ... And most importantly, most do not even think about whether this is so. From the point of view of common sense, it should be so ... And meanwhile, it suffices to look at the concept of the use of nuclear weapons in those 9 countries that have such weapons so that such confidence disappears.

USA? Since Soviet times, the American military doctrine has allowed the use of such weapons against Russia. As well, the concept of Britain and France as US allies in NATO. But with the Europeans more difficult. Having the concept of use, they have quite limited technical capabilities of attack. According to most experts, the British and French even today possess nuclear weapons, the most relevant to the stated principle of retaliation.

Pakistan? Here, even the question of nuclear weapons as a weapon of retaliation did not stand. It immediately was and remains offensive. And this is simply explained. Pakistan is a likely opponent of India. Consequently, the superiority of the enemy in conventional weapons and manpower must be compensated by something. This "something" and are operational-tactical and medium-range missiles.

DPRK? The nuclear weapons of the country are so limited in number and power, as well as in delivery vehicles, that the only possibility of its application is precisely the first strike. Hit the bases and the fleet USA as well as Japan. Koreans today in the nuclear club play the role of a kind of kamikaze. Hit and die ...

PRC? Until recently, nuclear weapons were really viewed as a counter strike weapon. But with the advent of high-precision non-nuclear systems of long-range destruction with the USA (and with us), the concept has changed. The Chinese will simply have to use nuclear weapons first in case of conflict. Either apply or lose. Such is the alternative.

Russia? I wrote about this above. I think that for those who read, everything fell into place.

India? Officially, the Indians have declared retaining the concept of a weapon of retribution only for non-nuclear states. But in reality, the situation of the Indian nuclear forces is exactly the same as the Chinese. So ...

Well, Israel ... Although officially this country does not have nuclear weapons, everyone knows that it is in the "zagashnik". It is clear that the country is constantly surrounded by potential enemies. The probability of attack is quite large. But there are no nuclear states. Therefore, the use of nuclear weapons Israel will be the first ...

I understand that now in the minds of some readers is happening. How so? But what about the conversations of the presidents of the great powers about nuclear weapons as a deterrent and a guarantee of peace? How can we now take the words about the SNF as guarantors of the prevention of aggression? It turns out that all words are nothing? ..

All members of the "nuclear club" are ready to use nuclear weapons first!

And let's remember what the presidents of countries possessing such weapons say. Literally everything. I will not quote all these statements. Just set out the theses in your own words. So, we can use nuclear weapons to prevent aggression on our country with the use of non-nuclear (!) Forces. See the above quote from our doctrine. Simply put, today all the countries of the “nuclear club” talk about protection against aggression, even if they use nuclear weapons from their side before the start of this aggression! We will attack in order to defend against possible attack. Like that.

By the way, such an approach is not an invention of the politicians of these countries. Any war that takes place on the planet today is always defensive! Anyone! Hitler is probably the last of the heads of state who bluntly declared an offensive, aggressive war.

We entered Afghanistan for what purpose? In order to prevent a possible attack on our southern regions. Americans are in other countries why? Exactly with the same goals. Even a conflict in a neighboring state now, which is already being spoken about all over the world as a civil war, is officially a defensive war! NATO is moving to our borders for defense ...

But back to the concept of using nuclear weapons for defensive purposes. There is one more thing to be aware of. The nuance seems insignificant, but in fact it fits perfectly into the defensive doctrine of the use of strategic nuclear forces. I'm talking about nuclear weapons of various capacities.

Remember the Soviet concept of using nuclear weapons in response to a nuclear attack? The concept, which is largely preserved in the minds of people. In response to the blow of the enemy, we have all the power ... Simply put, we will answer the spit in our direction with a hook to the right. To the enemy after the knockout and did not think to spit with a toothless mouth.

What about today? Even in Soviet times, military and politicians around the world talked about the futility of nuclear war. What is the point of destroying cities and enterprises with nuclear weapons if later they cannot be used? What is the point of such a victory? The destruction of people and territories?

It was then that the concept of a limited nuclear strike appeared. We will beat not on cities and factories, and on army units and divisions. And we will hit not with powerful ammunition, but with low-power charges. Handsomely? Dosed and strictly controlled use of nuclear weapons ...

Today, generally talking about the incredible use of nuclear weapons. For example, for an incoming enemy, low-power ammunition is used. What do you think, why? Not to destroy. Not even to enable their troops to prepare defensive lines. No, nuclear weapons are used in order to "sober up the hot heads" ... That's it! A sort of "pickle" with a hangover.

And if not "sober"? Then the "pickle" is more powerful. And so on until the complete destruction of the "drunkard." The Americans called this concept "limited nuclear war" ...

Remember the American atomic bomb stored at German military bases? B-61-12? Aviation variable charge bomb. Power can be increased or decreased. What application concept is it suitable for? But it’s not clear if NATO starts a war with Russia, uses these same bombs with a small nuclear charge, then we will "sober up"? Raise your hands up and give up? Or vice versa, we use tactical nuclear weapons, and Americans - paws up? Where are the mental health professionals? ..

In general, today it’s stupid to talk about the use of nuclear weapons as a deterrent to aggression. A weapon, no matter how defensive it is, can always be used to attack. Mina - defensive or offensive weapon? Modern air defense and missile defense systems - defensive? There are many such questions.

But there are others. In particular, nuclear specialists from some of the former Soviet republics where have they gone? Will they, given the economic possibilities of modern terrorists, be able to create nuclear weapons for them? And then how will we consider this weapon?

I did not manage to meet the format of a single article. Too many thoughts. Too much is changing today in military affairs as well. It became too dangerous to treat nuclear weapons as a defensive weapon. So to be continued ...