January 26 2017
19
Whatever tricks or resort to Tokyo in the calculation of chopping off the Kuril Islands from Russia, these plans are not destined to come true. Further economic cooperation, which was proposed by Japan, will not work. Too much value is a chain of islands for Russia itself. 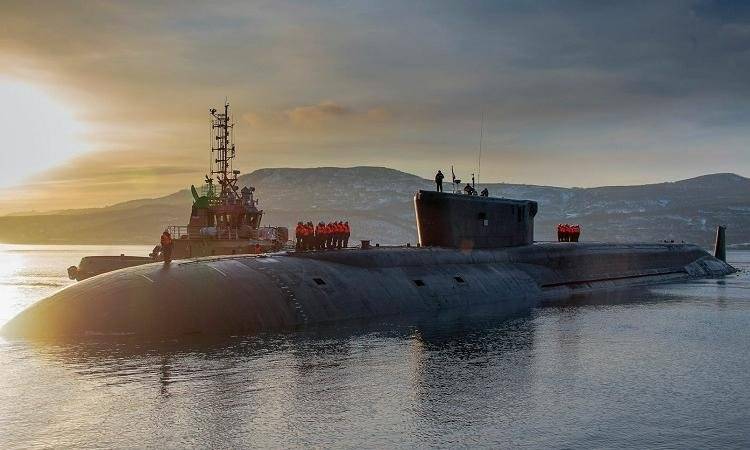 As Anatoly Tsyganok, a corresponding member of the Academy of Military Sciences, said in an interview with Utru, there is a depression between the two islands, which is ideal for deploying nuclear submarines. Moreover, the expert did not specify where exactly the place is so convenient for submarines.
The fact that Russia is building a new naval base on the Kuriles once again confirms that it will not leave here.

“Given that the Japanese have only recently strengthened military cooperation with the United States, the transfer of the islands is simply not possible,” the expert added, himself serving in the Far Eastern Military District.

An illustration of a "strong" friendship is, for example, Tokyo’s refusal from the requirement for the Americans to free the military base in Okinawa. Even mass protests of the local population could not influence this decision. True, the USA made some concessions - they freed part of the territory previously occupied in the north of the island, but instead they obtained permission to build six landing sites for helicopters and access roads to them. It is no secret that from Okinawa it is easy for Americans to keep under the gun not only the Korean Peninsula and China. But, for example, Sakhalin and Kamchatka.

And recently, the United States, South Korea and Japan conducted exercises to repel a nuclear strike by the DPRK. Serious forces took part in them; three ships are equipped with Aegis multipurpose early detection systems - the American Curtis Wilbur, the South Korean Sajon Tevan and the Japanese Kirisima. As the media wrote, the goal was to work out the interception of North Korean ballistic missiles. In addition, Seoul and Washington are actively negotiating the deployment of an American missile defense system in South Korea. This is a direct threat not only to Pyongyang, but also to Moscow.

Naturally, Russia could not react to the emergence of new “annoying” factors. In the summer it became known about the construction of a number of objects on the Iturup and Kunashir contested by Japan. Including training grounds and ammunition depots and equipment. Total 392 buildings and facilities. 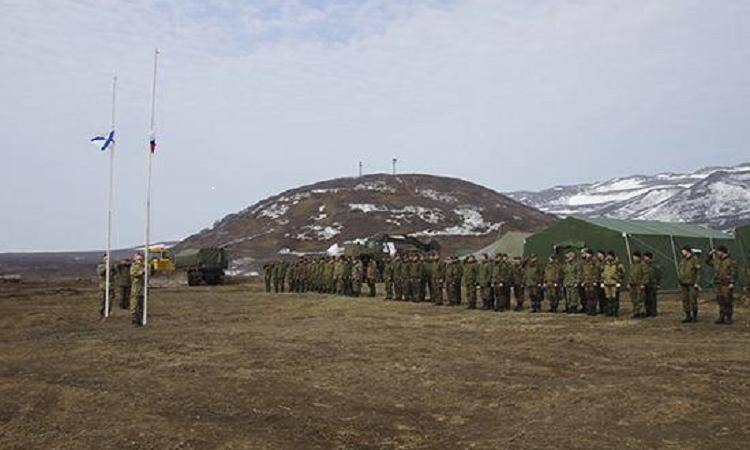 But most importantly, on the island of Matua in the center of the Kuril ridge, Russia intends to create a new naval base of the Pacific fleet. Now the island is being explored in detail by scientists and military experts. Indeed, during the Second World War, he was literally crammed with Japanese weapons and technology. Then the samurai's place was taken by Soviet border guards, until the base was mothballed in 2001.

In the future, submarines of the Pacific Fleet will also be able to enter Matua. For example, the "Vladimir Monomakh" project "Borey" with missiles "Bulava".
Russian Defense Minister Sergei Shoigu also announced the deployment of the Ball and Bastion anti-ship missile systems on the islands and the equipping of military units deployed there with drones of a new generation.

The future naval base with submarines is not the only "trump card" Smoked strategic importance. On Iturup (one of the islands claimed by Japan), mining of rhenium begins - one of the rarest and most valuable metals used in rocket production and engine production. 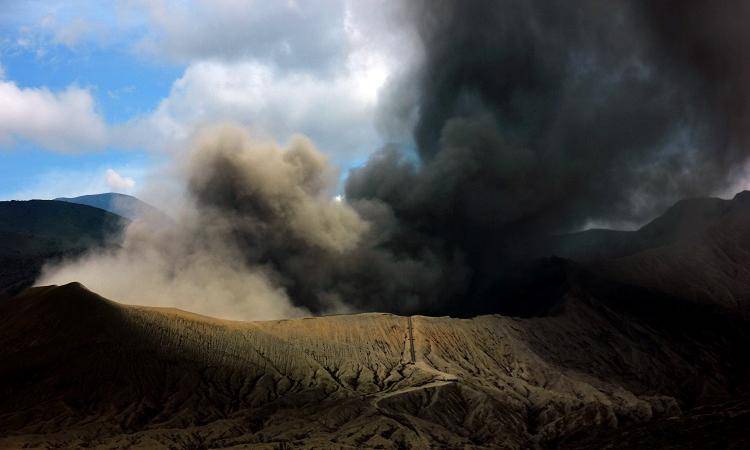 Thanks to the Kudryavy volcano deposit, Russia is able to rank third in the world in terms of its mining after Chile and the United States. Theoretically, rhenium deposits can be found on the other islands of the Kuril chain - there are many volcanoes here, and on the Kudryavy it was found right in the crater.

This expensive metal is used in alloys for rocketry and supersonic. aviation. Whether it be a combustion chamber of spacecraft engines or turbine blades of exhaust nozzles of a fighter-interceptor engine, rhenium cannot be dispensed with. So it turns out that metal, like the whole island, has strategic importance for the country and the military-industrial complex.

It is also worth noting that rhenium is also used in oil refining to produce high-quality gasoline. And also in electronics: rhenium contacts themselves are cleaned of oxide, therefore they are indispensable in instrument making. 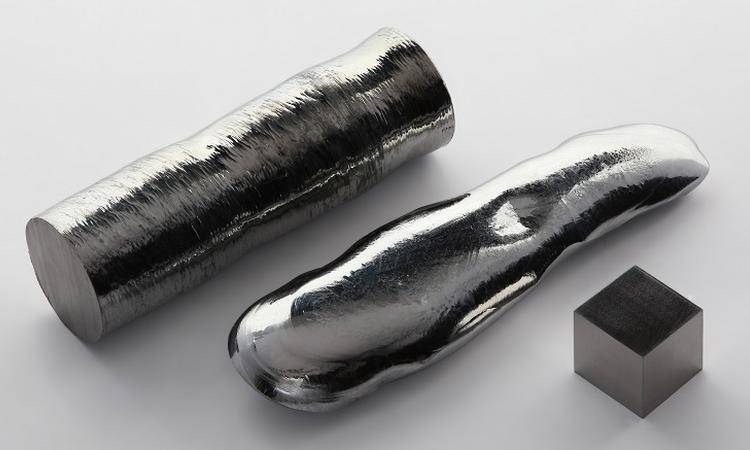 The importance of the island of Iturup for Russia in Moscow is well understood. No wonder they want to build an international airport. And make the island a kind of center of the Kuriles.

The second major island claimed by Tokyo is Kunashir. It is only 15 kilometers from the Japanese island of Hokkaido. An insignificant distance for powerful artillery and especially missile forces. It is no coincidence that Dmitry Medvedev in 2010 completed his historical the trip was to Kunashir, after which the Japanese leadership literally "got mad" and recalled its ambassador from Moscow. Moreover, the island is not only of strategic importance in terms of security, but also very promising for the development of a completely peaceful business - tourism. It has a relatively warm climate, and in addition, Kunashir is a unique nature, balneology, historical sites (the remains of the Japanese base on the islands), and it is just a paradise for gourmets - lovers and connoisseurs of fish and seafood. 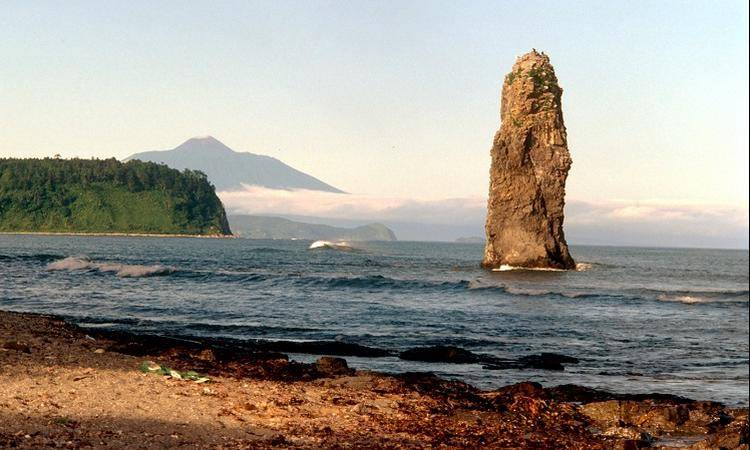 However, in Japan they understand that Russia will never give up these two islands. Next to the Japanese coast is a small Shikotan and a group of islands Habomai. In the Land of the Rising Sun, they counted on them for a long time. Indeed, in 1956, the USSR proposed to transfer them to Tokyo in exchange for signing the Moscow Declaration. But the Japanese refused. First, because of the threats of Americans not to give Okinawa to Japan. And secondly, Tokyo counted on the other islands, not wanting to take a “handout.” At the beginning of the two thousandth negotiations resumed, but in the end, all the same stalled in place. As President Vladimir Putin said in December, "the Soviet-Japanese declaration does not specify the conditions under which we must transfer the islands of Shikotan and Habomai."

What remains to the Japanese?

Thus, the negotiations on the Kuril Islands are not too advanced. Then what kind of joint economic activity did Japanese Prime Minister Shinzo Abe say after negotiations with Vladimir Putin?

According to Anatoly Tsyganok, countries are likely to extract minerals and develop joint ventures. Indeed, in the Kuril Islands, in addition to rhenium, rich deposits of sulfur. As well as magnetite, ilmenite and vanadium. Mining on the Kuriles and building stone (basalt and andesite-basalt). In general, the bio-resources of the Kuril Islands with the adjacent territorial waters are estimated at $ 2,5 trillion, and the annual renewable stock - at $ 4,2 billion.

And, of course, one should not forget about the fishing zone adjacent to the islands of the 200-mile zone with an annual catch of about 3 million tons - the Japanese have not just shown interest in it for a long time, but they also regularly throw their nets around it.

According to Gypsy, “Russians and Japanese can share revenues, respectively 51% and 49%. Both locals and businessmen will benefit,” the expert notes, and Japan’s presence in the Kuril Islands will become “more loyal.” After all, it is no secret that on the islands there is a strict pass control. And the Japanese mostly travel only to the graves of relatives. Now, residents of the Land of the Rising Sun can simplify entry to the islands. Or maybe allow excursions.

However, as a Japanese home, they will not travel to the Kuriles, obviously, for many more years. Until now, the signing of the peace treaty itself between the two countries, which Moscow, in general, is not very necessary, is still in question. If Tokyo acts more or less independently of Washington, the restoration of normal economic relations between our countries is possible.

“How events around Kurils will develop depends largely on what kind of policy Trump will follow,” Anatoly Tsyganok stresses. “If he meets the expectations and at least considers China as the number one enemy, not Russia, we can get along.”