August 28 2016
27
The nuclear submarine "St. George the Victorious" became the best ship in the Russian fleet on the use of rocket weapons, Said press office Ministry of Defense of the Russian Federation. 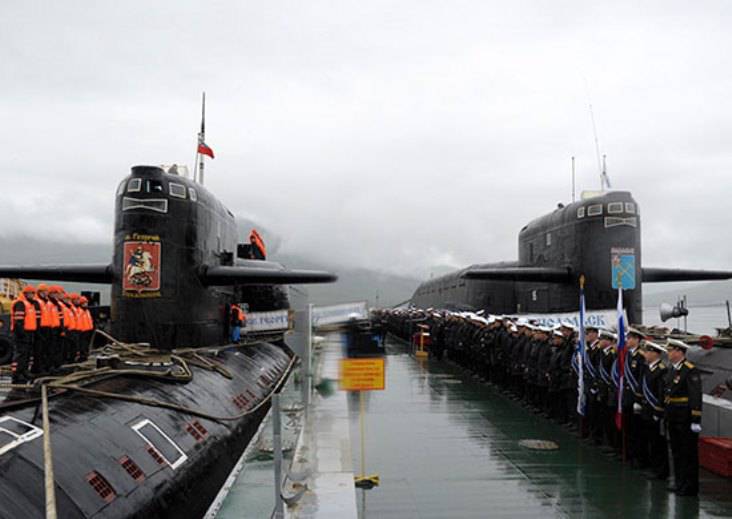 “Competitions on professional skill" Sea Cup-2016 "were held in St. Petersburg. According to the results of the competition, the crew of captain 1 of rank Alexei Momotov became the winner in the nomination for the use of rocket weapons, ”the message says.

According to the press service, "in total, around 30 ship commanders, 33 naval combat crews and more 300 military personnel participated in the All-Army competition stage."

Currently, the crew of the St. George the Victorious submarine performs tasks for its intended use, ”the release said.