Riyadh: Saudi Arabia will make the Russian Federation stronger than the USSR ...

July 22 2016
153
In an interview with the publication Political Saudi Arabian Foreign Minister Adel al-Jubeir said what kind of "bonuses" are waiting for Russia if Moscow refuses to support the "Assad regime" in Syria. According to Al-Jubeira, who do not cause anything but surprise and outright neglect, if Russia refuses to support Assad, Saudi Arabia will open for the Russian Federation “a Middle Eastern investment market that exceeds Chinese in terms of volumes”. 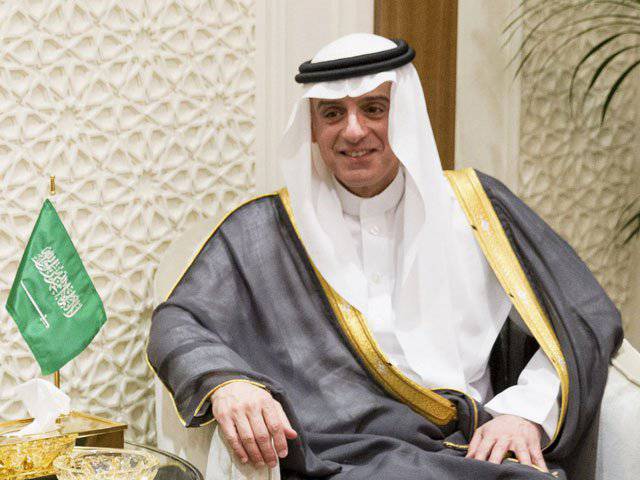 Further, the Saudi minister and said something strange at all.

Jubeir:
In this case, we will give Russia our share in the investment market of the Middle East. And this will make Russia stronger than the USSR was at one time. Russia must understand that it is extremely important to maintain partnership with us, but not with Assad.

And who, in fact, is this Mr. Jubeir to allow himself to make such statements about who should be supported by Russia? Or Saudi Arabia imagines itself a sort of "Cerberus" on the way to investment in the Gulf countries, which decides who to invest in Russia and who not to invest?

For starters, the Saudi authorities would be nice to explain to the international community about how long Riyadh will continue to attempt to interfere in the internal affairs of foreign countries, including Syria and Yemen, and when it stops financing radical groups in Syria. weapons?