July 20 2016
4
Exactly 110 years ago, on July 20, 1906 (in a new style), the Soviet polar pilot, Hero of the Soviet Union, major general was born aviation Ilya Pavlovich Mazuruk. He linked his whole life with aviation. He worked in the polar aviation of the Glavsevmorput, participated in the Great Patriotic War. The merits of Ilya Mazuruk to the country were marked by numerous government orders and medals.


Ilya Mazuruk was born in Brest-Litovsk (today Brest) in an ordinary working Belarusian family. From 1915, he lived with his family in the city of Lgov (Kursk region). He was able to complete primary school, before 1919, he studied at the Higher Primary School. In 1919-1920, he worked as a laborer on the Lgov railway station. In the summer of 1920, he and his family moved to the city of Rovno (Ukraine), which soon moved to Poland. Here he worked as a laborer at the railway station, as well as a night watchman in the hospital. In April, 1923, Mazuruk illegally crossed the border and returned to the USSR.

In 1923-1924 he worked as an assistant driver at a power station in Lipetsk, in 1924-1926 he was the secretary of the Komsomol volost committee in the village of Kuzminskie Eruptions (Lipetsk region), the Lipetsk county committee of the Komsomol, and also the head of the school department of the Oryol regional committee, the committee committee. In 1926-1927, he was Deputy Head of the Propaganda Department of the Oryol City Party Committee. In the CPSU (b) / CPSU entered the 1925 year. 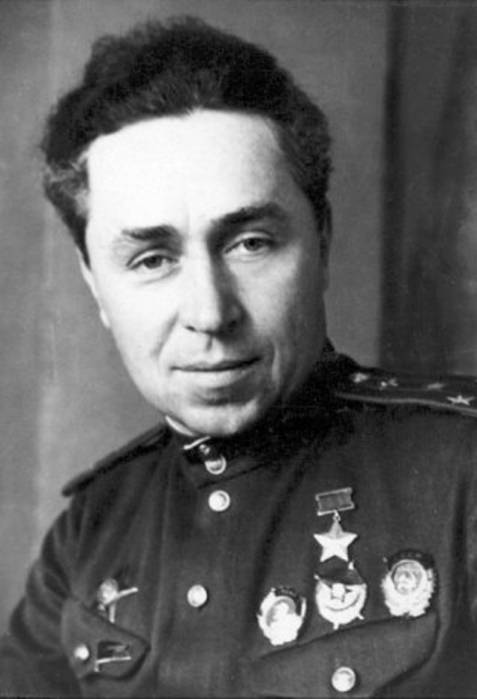 In October 1927, he was sent on a Komsomol ticket to serve in military aviation. So the novice party functionary changed his party work to aviation. In 1928, Ilya Mazuruk graduated from the Leningrad Military Theoretical School of the Air Force, and in 1929 - from the Borisoglebsk Military Aviation Pilot School. He was demobilized in November 1929. After that, in 1930-1932 he worked as a flight mechanic and pilot in the Civil Air navy (in Central Asia). In April-June 1930, he took part in the hostilities against the Basmachi.

Here is just one of the episodes of that time. The 70 defenders of the Kzyl-Agachinsky garrison fought off Basmachs sticking from all sides. The detachments of the GPU, which were sent to them for help, have not yet come. The first to help them came aviators. By that time, the cartridges had run out of ammunition, food was coming to an end, and there was only enough water left to spare. On the territory of the fortress, the Soviet pilots saw 2 large white cloths on which the message was written with clay: "No ammunition." Mazuruk responded by writing a note consisting of just one word: “Hold on.” He rather quickly pulled out the cartridges from the machine-gun belt, wrapped them in a shot tunic, and then dropped them over the fortress. The bundle with cartridges was for its intended purpose. Soviet pilots sent more than one such parcel with ammunition to the besieged garrison. After that, they themselves threw basmachs with grenades. For this operation, Mazuruk was awarded a Mauser system pistol containing a dedication: “Mazuruk for the successful struggle against the counterrevolution from the OGPU college”.

In 1930-1938, he was the pilot of Dobrolet, the Civil Air Fleet (GVF), was trained at the 3-th joint school of the GVF (today it is Balashovskoe VVAUL), flew on Odessa-Batum, Tashkent and Alma-Ata routes. Since 1932, he has worked in the Far East. Here he worked in the All-Union Association of Air Transport "Transaviation" - the Far Eastern Department of Civil Air Fleet (a hydroport in Khabarovsk). It is worth noting that Ilya Mazuruk was one of the first Soviet pilots who mastered the air routes of the Far East, in particular, flew to Sakhalin (as the head of the relay), as well as to Kamchatka. Since 1935, he served as commander of the 13 hydraulic circuit of the Far Eastern Department of Civil Air Fleet in Khabarovsk. 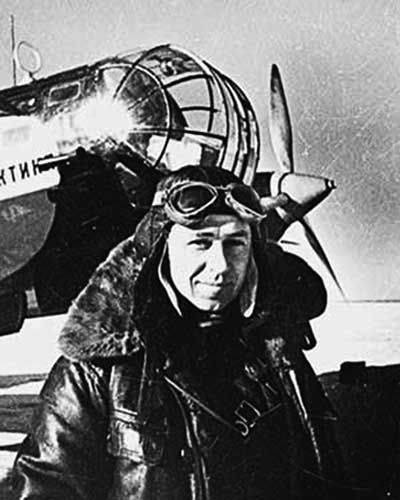 So, 27 August 1932, Ilya Mazuruk, used a B-3 aircraft (Junkers W 33) with the USSR board number L21 and made the first flight Khabarovsk - Iman (Dalnerechensk) - Second River (Vladivostok). This date was considered the birthday of civil aviation of Primorsky Krai. In May 1935, the pilot made a flight on the route Moscow-Sakhalin, which took him 45 hours. In honor of the 10 anniversary of Sakhalin "For many years of service on the Sakhalin line" 16 May 1935, by decree of the Central Election Commission of the USSR was presented to the first order of the Red Star. By November 1936, he flew 2553 533 kilometers in 700 flight hours.

At the same time, flights between Sakhalin and Khabarovsk were irregular. Often they were contacted to perform an urgent task. Pilots had to fly in adverse weather conditions over the taiga, sea and mountains. At the same time, the work of aviators on the Khabarovsk-Sakhalin highway was invaluable. In 1936, Ilya Mazuruk graduated from the courses at the Bataysk flight school of the Civil Air Fleet. From October 1936 he worked as a pilot in the Polar Aviation. In the spring of 1937, as commander of the TB-3 aircraft, he took part in the landing of the first drifting research station called the North Pole-1. For courage and heroism, which were shown during the fulfillment of the task of creating the North Pole drifting station, the USSR CEC decree from 27 June 1937 Ilya Pavlovich Mazuruk was awarded the title Hero of the Soviet Union with the award of the Order of Lenin.

In 1938-1947, Ilya Mazuruk served as Head of the Polar Aviation Directorate at Glavsevmorput. Again in the army since January 1939. In 1939, he successfully completed advanced training courses for commanders, which were organized at the Zhukovsky Air Force Academy. He was a member of the Soviet-Finnish war. In December-March, 1940 was the commander of a separate aviation squadron of night bombers under the commander of the 8 Army. During the war, made several sorties on heavy bombers TB-3. 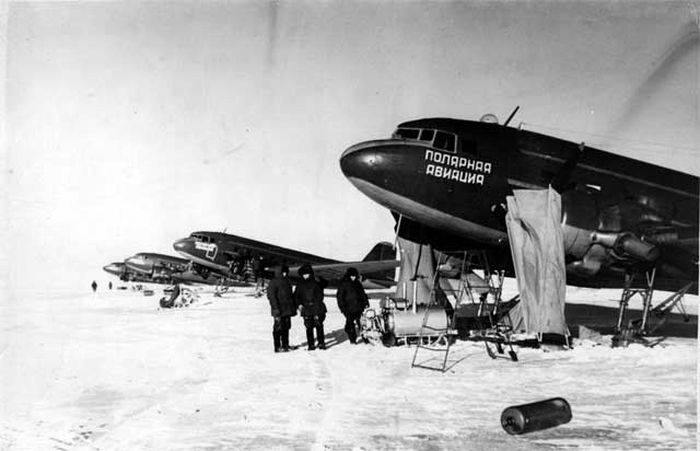 Ilya Mazuruk was a member of the Great Patriotic War. From July 1941, he was the commander of the 2 th Air Force Northern Fleet Air Group, while remaining Head of the Polar Aviation Directorate and Deputy Head of the GUSMP, Rear Admiral Papanin. Colonel Mazuruk managed to make several combat missions, including the first massive strike of the Soviet Air Force on the bases of the German fleet located in the Varanger fjord. Later he recalled: “It was necessary to fly quite a lot on combat aircraft in the polar sea areas, directing the organization of intelligence, countering the enemy’s surface and submarine forces, rescue foreign sailors from the sunk Allied ships that carried various military cargoes to the USSR”.

3 August 1942 Ilya Pavlovich Muzuruk was appointed head of the Krasnoyarsk Air Force of the Red Army, from June 1943 to June 1944 commanded the GVF 1 reconnaissance division. This part was created on the basis of the 6-th reserve aviation factory. The division consisted of 5 ferry and one transport aviation regiments. The Krasnoyarsk air route or the ferry route from Alaska to the Soviet Union was intended to supply American combat aircraft under the Lend-Lease program. It is known that Ilya Mazuruk personally overtook combat aircraft along this 50 route. The total length of the route was 6306 kilometers. It began in Fairbanks (Alaska) and ended in Krasnoyarsk. The administrative center of the haul was Yakutsk, where the headquarters of the GNV 1 ferry division, as well as the air route control were located. The city was based 4-th ferry and 8-th transport regiments.

11 May 1944 of the year for the exemplary performance of the tasks of the command to distill combat aircraft for the operating units of the Red Army Air Force. The 1-th disarmament division of the Civil Air Fleet was awarded the Order of the Red Banner. At the same time, the Krasnoyarsk air line was in charge of not only distilling American combat aircraft that were supplied to the USSR under lend-lease, but also organizing and executing aviation services for the population and the national economy of the vast region that was Siberia. Over the 3 year of existence of the route, her transport aircraft were able to transport more than 128 371 passengers, 18 753 tons of various cargoes, and about 319 tons of mail. 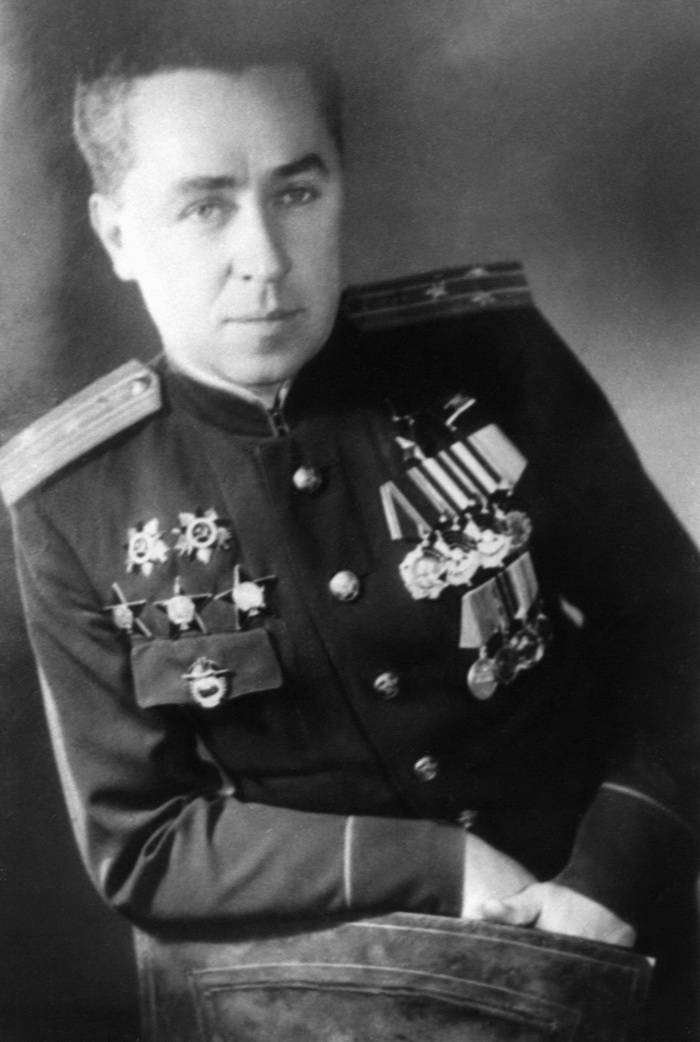 Ilya Muzuruk headed the 1 Distillation Aviation Division until June 1944 of the year, after which he passed the case and departed to his new duty station, but the Krasnoyarsk air route continued to operate until the very end of World War II. In total, 1942 combat aircraft were deployed along this route in 45-8094, which later were equipped with 250 air regiments of the Red Army. In total, on this part of the air route, assigned to the 1 th GVF ferry division, the 81 plane crashed.

From June 1944 to March 1947, Musuruk again held the post of Deputy Main Sea Route, being at the same time the head of the Polar Aviation Department. In 1946, he was given the rank of Major General Aviation. From 1947 to 1949, Ilya Muzuruk served as Deputy Chief of the Research Institute for the Civil Air Fleet. Since November, 1949 was the head of the flight inspection - deputy head of the Polar Aviation Administration. He took part in the high-altitude air expedition "North-5" (in 1950 year), as well as the evacuation of the drifting polar station "North Pole-2" (in 1951 year). Since February, 1953 has been in stock. In 1937-1950, he was a deputy of the USSR Supreme Council of the 1 and 2 convocations.

Having gone to the reserve, he continued his work in the Polar Aviation. He took part in 5 high-altitude air expeditions from 1954 to 1961 year. From 1956 to 1957, he served as commander of the flight unit of the sea part of the Second Integrated Antarctic Expedition. 18 March 1957 of the year Ilya Muzuruk on the An-2 plane for the first time in the world landed on the top of an iceberg in Antarctica. In total, he performed a 254 flight with landings on drifting ice. 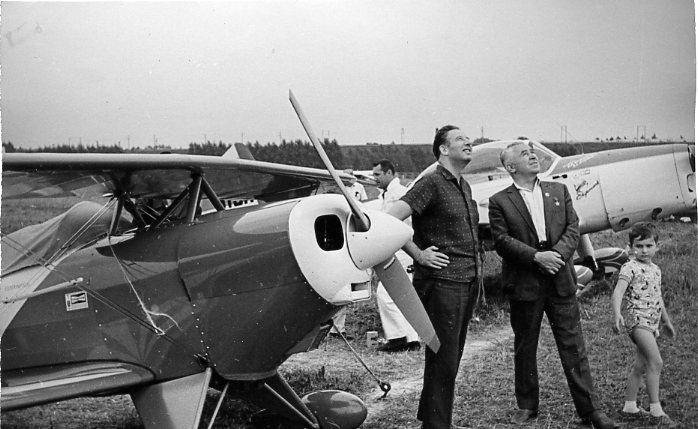 Ilya Mazuruk lived and worked in Moscow. Here he wrote the books “Air Navigation”, “Over the Arctic and Antarctica. Polar Aviation of the USSR ". The famous 2 pilot, January 1989, passed away at the age of 82. He was buried in Troyekurovsky cemetery of the capital.

Ctrl Enter
Noticed oshЫbku Highlight text and press. Ctrl + Enter
We are
Diplomats of the People's Commissariat of Defense: on the eve and during the warThe Great Battle of Kursk: a defensive operation by the troops of the Voronezh Front. Part of 4
Military Reviewin Yandex News
Military Reviewin Google News
4 comments
Information
Dear reader, to leave comments on the publication, you must sign in.